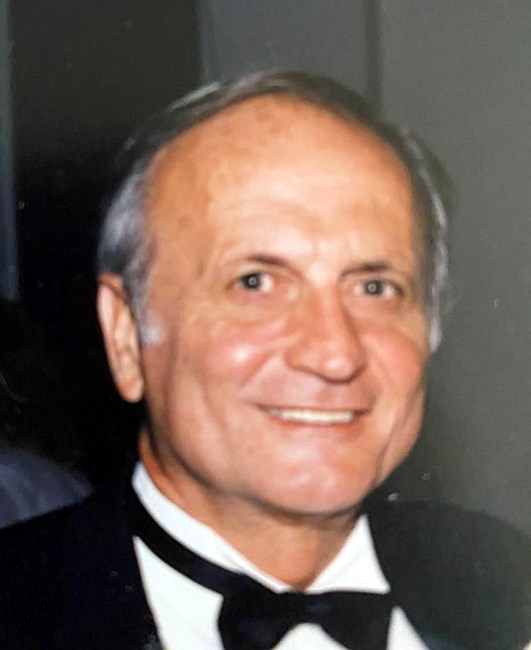 Joe Curtis Philpott passed away at home surrounded by his family on August 8, 2020. Joe was born on July, 16, 1931 and is the son of the late Edward Jefferson Philpott and Edna Bryant Philpott. Joe was predeceased by his beloved wife of 57 years, Joy Wingfield Philpott, his siblings, Alza Marie Philpott, Georgie Philpott Ingram, Nellie Philpott Newman, Edward Jefferson Philpott Jr, Walter Albert Philpott, and his nieces Sarah Sue Ingram and Ann Marie Ingram. He is survived by his daughter, Elizabeth Philpott Phares; son, Curtis Jefferson Philpott; son- in- law, Jonathan Phares; daughter-in-law, Gwendolyn Philpott; grandchildren, Anna Phares, Edward “Tripp” Philpott, Virginia “Ginna” Philpott , Jonathan Phares, and several nieces and nephews. He is also survived by two very special first cousins, John Philpott and Charles Philpott. John, Charlie and Joe were all born the same year 89 years ago in the community of Philpott and have been deeply intertwined in each other’s lives since birth, and are really more like brothers. Joe was an incredible son, husband, father, grandfather, brother and uncle and was defined by his lifelong fierce dedication to his family, his community and his career. He adored his wife and was committed to caring for her the best he could during her battle with Alzheimer’s. He loved his children and grandchildren, and was a constant source of support and love. He was an avid reader, traveler, gardener, golfer, coin collector, fisherman and sports enthusiast. He was the best dancer on any dance floor and loved spending time with his friends. His friends were numerous in quantity and the bonds he shared with his friends, his co-workers, and first cousins were incredibly strong. He was a lifelong employee of Bassett Furniture Industries where his contributions were countless and invaluable. Throughout his life, he dedicated numerous hours of his time to volunteering for local organizations. He took great pride in being from the community of Philpott, being a native Virginian, and being an American. He was a true patriot. Joe was a graduate of Bassett High School where he was an outstanding athlete in football, basketball, baseball and track. He attended Hargrave Military Academy and then graduated from The University of Richmond in 1953. He was also a graduate of the Harvard Advanced Management Program which he attended while an employee of Bassett Furniture Industries. After graduating from the University of Richmond, Joe served in the United States Army from 1953 to 1955. He was stationed in Germany and served in the 502 M.P. Battalion attached to Combat Command of the Second Armored Division. He began his lifelong dedicated career with Bassett Furniture Industries in 1956 as a Plant Manager Trainee at Bassett Superior Lines, and retired in 1999 as Executive Vice President of Manufacturing. Additionally Joe served on the Board of Directors for Bassett Furniture Industries. He also served on the Board of Directors for Main Street Bank. He was very active in the community and served as President at various times for the Bassett Library, the W.M. Bassett Community Center, the Bassett Country Club and the Bassett Kiwanis Club. Joe was treasured and loved by so many people; he will be missed tremendously. It is difficult to capture all of Joe’s accomplishments in this obituary, for Joe was truly an amazing man, and he accomplished something extraordinary daily. A very special thanks to the following caregivers of Team Nurse : Debbie McGhee, Karen Wooten, Janice Harris, Kimberly Dodson and Jackie Durant for the loving care they provided Joe over the past two years. Also, a very special thanks to Theressia Manns who has been a special part of our family for many years and also provided such loving care to Joe. Due to COVID, the burial will be private. A memorial service will be held in the future. In lieu of flowers, please consider a donation to the Bassett Historical Society or the Bassett Public Library.
See more See Less

In Memory Of Joe Curtis Philpott