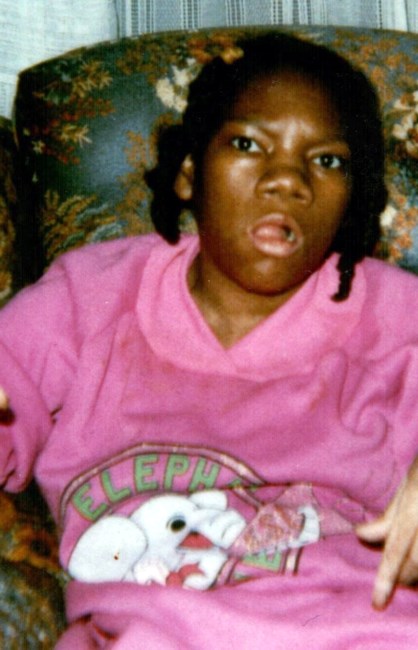 Tammy was a loving child to her parents, sister to her brothers, and sister, sister-in-law's, brother-in-law, aunt to her nieces and nephews and a friend to all of her extended family and friends. Although Tammy was born with cerebral Palsy, and not able to talk, walk, work, or do the things that many people take for granted, Tammy was able to express her love with a look, a squeeze, or just by waving her hands and feet. Tammy showed us how to be strong and persevere as we watched her fight many battles with health limitations.

Visitation will be held Friday from 11:30 a.m. to noon at Faith Tabernacle Holiness Church in Bassett, Va. Funeral services will be conducted at noon with burial to follow at Carver Memorial Gardens.

In Memory Of Tammy Lee Wells