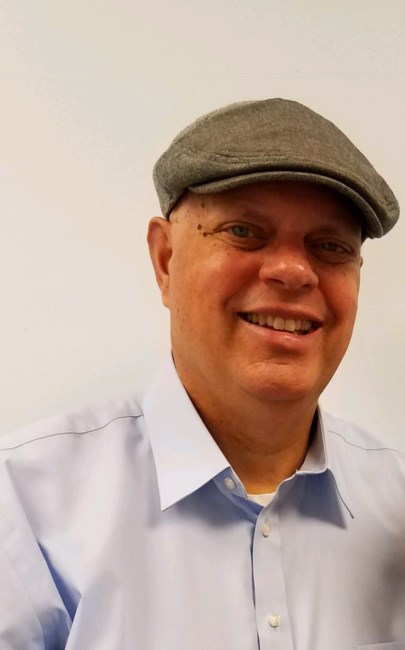 Thomas Ward Sands, age 68, of Fishers, Indiana passed away on Saturday, July 30, 2022 after a long battle with cancer. Thomas was born December 19, 1953 in Indianapolis, Indiana to Mary Anna Sands(Creager) and Thomas Henry Sands. After graduation from Brownsburg High School, Tom studied physics at Purdue University. While at Purdue, Tom played first chair clarinet in their Symphonic Band. When he was asked why he chose the clarinet in fourth grade, he said he was trying to say cornet but was misunderstood. His love for the clarinet began there. Due to his love of music, Tom transferred from Purdue to Indiana University's School of Music in Bloomington, IN where he received a degree in Music Education. Tom's love of music led him to join the Army Band and he was stationed at Fort Lee, VA. After his time in the army, Tom attended IUPUI where he earned a degree in Computer Science. Tom also spent six years playing clarinet in the National Guard Band. Tom's work career was in Computer Programming. Prior to his retirement, Tom was employed as a computer programmer at Full Beauty Brands in Indianapolis, IN. Prior to his illness, Tom played clarinet in the Indianapolis Symphonic Band and in the Indiana Wind Symphony. Those around Tom not only loved his music but were blessed with his quick wit and great sense of humor. He came up with puns for anything you could say. In 2018, Tom was presented with the Robert Day Award by the Indiana Wind Symphony for his outstanding clarinet performance. Thomas met his wife, Martha Sands(Igram) at a music event and they were later married in June of 2002. Their marriage made Tom a step-dad and later a loving Papaw. Tom's hobbies included hiking, cycling, playing tennis, wood-working, photography, watching sports and listening to music. Tom was preceded in death by his father, Thomas Henry Sands(2001) and his brother, David Lee Sands(2021). Tom is survived by his wife, Martha Sands of Fishers, IN; his step daughter, Danyelle Cross of Muncie, IN; his Honduran daughter, Yeny Holt(Bobby) of Greenfield, IN; his mother, Mary Anna Sands of Taneytown, MD; his sister, Cynthia Sands Ogden of Taneytown, MD; four grandchildren, Olivia Cross of Muncie, IN; JD Cross of Muncie, IN; Gabby Cross of Muncie, IN; Robert H. Holt of Greenfield, IN; Two nephews: William A Ogden of Hyattsville, MD and Kenneth J Ogden of Irving, CA. and many other nieces and nephews. A visitation for Thomas will be held Saturday, August 13, 2022 from 10:00 AM to 11:00 AM at Leppert Mortuary – Carmel, 900 N. Rangeline Rd., Carmel, Indiana 46032, followed by a funeral service at 11:00 AM. The Rev. Larry Renihan will officiate. Burial will be in Carmel Cemetery. In lieu of flowers, contributions can be made in Tom's memory to Indianapolis Symphonic Band, Indiana Wind Symphony, or to an animal shelter of your choice.
See more See Less

In Memory Of Thomas Ward Sands