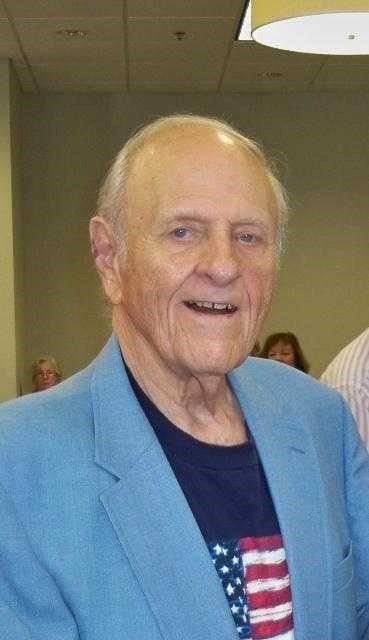 Thomas Nelson Johnson, 87, of Charlottesville passed away on Thursday, July 28, 2022 at his home with his beloved wife, Betty by his side. Thomas was native to Virginia, born on April 1, 1935 to the late Dewey and Carrie (Bennett) Johnson. Thomas spent a year at Virginia Tech studying prior to spending time in the United States Army. Once Thomas returned home, he worked in the electronics industry before opening his own business selling and repairing two-way radios. Later expanding into the Security industry. Thomas is preceded in death by his parents Dewey S and Carrie E (Bennett) Johnson Thomas is survived by his wife of 68 years as of July 30, 2022, Betty (Creel) Johnson; his daughters, Donna Pique Parades and her husband Abe and Melinda Collier and her husband Scott Collier and his grandchildren Cort Collier, Kacie Brittain and her husband Christopher Brittain and Aaron Pique, Ashley Pique and Andrea Pique A celebration of Thomas' life will be planned for a later date, when it is safe for all of us to gather together. In lieu of flowers, memorial contributions may be made in Thomas' honor to the Shriners Hospital or to the charity of your choice.
See more See Less

In Memory Of Thomas Nelson Johnson