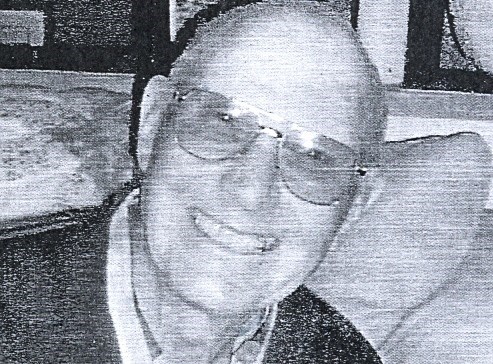 Gerald “Jerry” Lynn died peacefully in his home on Sunday, February 5, 2017 in Fredericksburg, VA at the age of 87. Jerry is survived by his wife, Betty R. Lynn; children, Janice Chrismon of Unionville, VA and Jeffrey Lynn of Gilbert, AZ; grandchildren, Deah Weller of Pampa, TX; Jennifer Lynn of Mesa, AZ and Jeremy Lynn of Sahuarita, AZ; his brother, Charles B. Lynn of Chico, CA and sister, E. Sue Henn Schaub of Bedford, IA; sister-in-law, Ardene Mullison of Casper, WY; (longtime friend of his wife, Betty); best friend, Frank Manes of Blanchard, IA; as well as great grandchildren. He is preceded in death by one brother and two sisters, Richard “Dick” O. Mullison, Elizabeth “Betty” Horn and Shirley J. Casten. Jerry was born on September 8, 1929 in Shenandoah, IA to Charles Elbert and Annie Read Lynn. Following high school, Jerry proudly served in the U.S. Air Force. In 1950 he met Betty R. Matheny on a blind date. Three months later they were married and eventually settled down in Newton, Kansas, where the couple welcomed two children into their home. They moved to Paonia, Colorado where they raised their children and were active in the community for many years before retiring in Unionville, VA. His children remember him as a quiet, disciplined and loving father who encouraged them to pursue their goals. Jerry owned several businesses over the years and was always known as a hard-working, generous and kind man with a wicked sense of humor. Many have had the privilege of being pranked by him. He was always an active and dedicated member of his local church, most recently Antioch Baptist Church of Unionville, VA. A quiet, unassuming man, he never liked the spotlight but was always found working in the background, particularly in their church home. He and his wife, Betty, opened their hearts and home to others. He taught his children strong work and moral ethics and to do what you love. He was proud of his children, grandchildren and great grandchildren. A doting husband and a true patriarch. A memorial service is scheduled for 10:00 a.m., Monday, February 20, 2017 at Antioch Baptist Church, Unionville, VA. The Reverends Brian and Zipper Harfst and Reverend Terry Green will officiate the ceremony. All are welcome to attend and celebrate Jerry’s life. Donations may be sent to Heartland Hospice at 400 Holiday Court, Suite 101, Warrenton, Virginia 20186. The family would like to thank Brookdale Assisted Living for their dedication and care.

In Memory Of Gerald Elbert Lynn