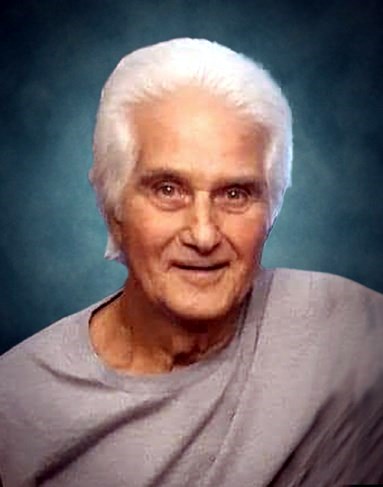 Charles C. Eapmon, 87, of Evansville, IN, passed away peacefully at his home on Sunday, September 18th, 2022. He was born on February 5th, 1935 in Evansville, IN to the late Clifford and Margaret Eapmon. Charles was a very humble man. When talking about himself, he would always have a story… Charles was drafted in the 3rd grade. It was there that he learned his skills that he used to fight crime which gave him his name of “Batman”. In his spare time, he was a ballroom dancer that would twirl the love of his life “Ruthie” around the kitchen as she cooked Sunday dinner for the family. He loved telling his grandchildren a different version of his story every time they asked just to keep them on their toes. He always liked to joke around, make people smile, and laugh in case you couldn’t tell by his story. Charles enjoyed life and people. He never missed the opportunity to talk to someone or lend a hand to someone in need. He was a gentle and kind man. He worked as a machinist at Faultless Caster and Fredericks for many years and was often referred to as the “Big E”. After retiring, he spent his days with his loving wife, Ruth Anne, and his family. He enjoyed spending time fishing with Tony, going out to eat with his daughter and grandchildren, playing cards with his wife, talking about his years as a young boy and his time in the military. I think he enjoyed shopping but I don’t know if he actually enjoyed it or just didn’t want to leave Ruth and Krystal unsupervised. Either way, he did it. Charles found joy in everything he did. After Ruthie went to heaven, he would often sit with his four chihuahuas and his miniature pinscher in the backyard watching the birds and the flowers, just like they had done many times while she was here with him. It was simple things that he enjoyed and that he would want all of his loved ones to honor him by continuing to enjoy. He would often tell us to not let things bother us and just love one another, and to make peace when needed. I think he would like to pass that same advice on to each of you reading this. Charles and Ruth’s children, grandchildren, and great grandchildren each consider themselves to be blessed to love and be loved by the best parents and grandparents that could ever be. They have never witnessed a love so strong as Charles and Ruth, and by this they each have learned to love with all their might. Charles is preceded in death by the love of his life, Ruth Anne, his parents, brothers, sisters, and great grandchildren, Jaeden Eapmon, Josalyn Dimmett, and Baby Dimmett. Charles is survived by his children, Samuel Eapmon, Charles “David” (Leslie) Eapmon, Lisa (Warren) Dimmett, Mark “Tony” Eapmon, and Krystal Eapmon (Will Thompson). His grandchildren, Angelina “Angel” (Chris) Hess, Amanda Eapmon, Deana (Jeremy) Curd, Jenirose (Jeremy) Gogel, Katrina (Doug) Fenwick, Whitney (Aaron) Smith, Shayla Thompson, Morgan Thompson, Jeremiah “Jeremy” (Shantel) Dimmett, Nicolas “Nic” (Brittney) Dimmett, Caleb Dimmett, and Chad (Malea) Eapmon. His great grandchildren, Makaila Hess (Nick Tinsley), Alexis Hess, Avarie Hess, Landon Dimmett) Mihalik, Maddalyn “Maddy” Dimmett, Asher Dimmett, Angel Gogel, Gavyn Gogel, Haylie Gogel, Jaidyn Gogel, Liliya Dimmett, Lorelei Dimmett, Isaiah Dimmett, Josiah Dimmett, Jalen McGuire, Niasia McGuire, Jordan Eapmon, Charles (Charlie) (Lil E) Eapmon, Lexi Head, Brooklyn Fenwick, Keaton Robb, Camden Cook, Dayton Miller, and his great-great grandchild, Sylas Hess. Also survived by several nieces, nephews, and cousins. He was dearly loved and will be greatly missed. Watch over us, Daddy. We love you more than these words could express. Charles and Ruth both loved their dogs very much. Charles was proud to be an Army Veteran and spoke often of his grandson following in his footsteps being in the Army. The family asks that if you would like to make a donation you may do so to the Vanderburgh County Humane Society, or the Vanderburgh County Retired Veterans Memorial Club. Please join our family in honoring our father and his life at 12:00 pm on Friday, September 23rd, 2022 at Alexander West Chapel, officiated by Pastor Walter Phillips. Military honors will be performed. Visitation will follow the service from 1 - 5 pm. All are welcome to attend the funeral and/or visitation. Condolences may be offered at www.AlexanderWestchapel.com
See more See Less

In Memory Of Charles Clifford Eapmon