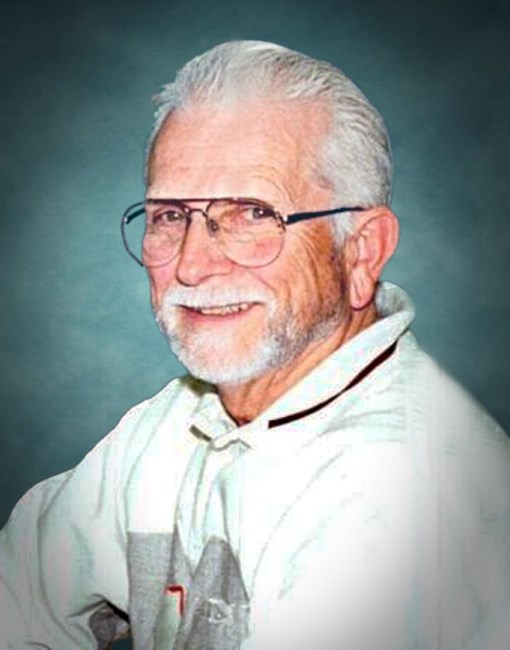 Robert Ray Kuykendoll, 92, of Evansville, passed away at home surrounded by his loved ones on Saturday, August 6, 2022. He was born on October 21, 1929 in Evansville to John and Minnie (Sands) Kuykendoll. He retired from Whirlpool Corporation. Robert earned his pilot’s license at the age of fifteen and had a Pilots of Sea rating. He was an avid flyer and enjoyed parachute jumping and collecting toy trains. Robert was preceded in death by his parents; his wife, Bettye Kuykendoll; daughter, Susan Kuykendoll; and daughter-in-law, Judy Walters. He is survived by his daughter, Karen Kuykendoll and brother, Jack Kuykendoll (Sue). A funeral service will be held at 11:00 a.m. on Friday, August 12, 2022 at Alexander East Chapel with Pastor Robert Walker officiating. Burial will follow at Park Lawn Cemetery. Friends may visit on Thursday from 3:00 p.m. to 7:00 p.m. at the funeral home. The family would like to thank Heart to Heart Hospice, Visiting Angels, Heather Kern, Brandy Robinson, Rob Herbert, and a special thank you to Becky Justice for their wonderful care. Memorial contributions can be made to Alzheimer’s Association, 6100 Dutchman’s Lane, Suite 401, Louisville, Kentucky 40205 or It Takes A Village Canine Rescue, 1417 North Stockwell Road, Evansville, Indiana 47715.
See more See Less

In Memory Of Robert R Kuykendoll