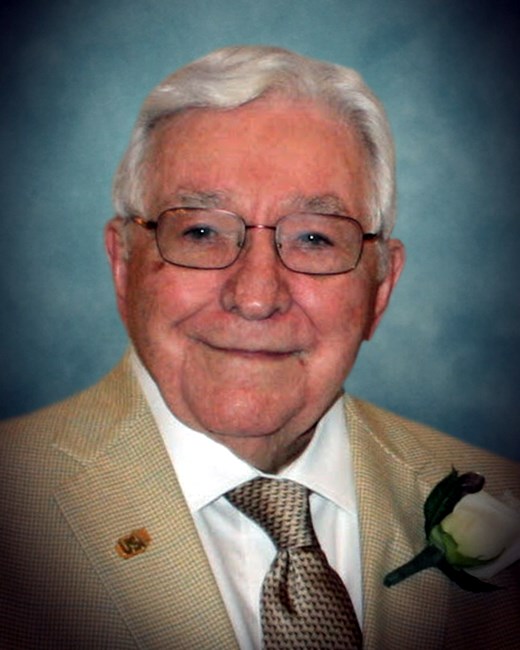 He was one of the founding members of the University of Southern Indiana and president of the Mead Johnson Foundation and director of Public Affairs. He was a board member of Visiting Nurses Association, Tri-State Food Bank, Albion Fellows Bacon Center, SWIRCA, Vanderburgh County Library, Rotary Club, State War Memorial Commission, Channel 9, where he was also past president, board member emeritus at Deaconess Hospital, and Southern Indiana Higher Education, where he was also past president. Rolland was a life member of the VFW Post #1114 and a 33rd Degree Mason. He served in the 8th Air Force of the Army Air Corps in World War II.

Rolland was preceded in death by his brother, Calvin Eckels; and sister, Norma Briody.

Private services will be held on Wednesday, July 5, 2017. Friends may visit Tuesday from 3:00 to 8:00 PM at Alexander East Chapel.

Memorial contributions may be made to the USI Foundation. Condolences may be made online at www.AlexanderEastChapel.com.

In Memory Of Rolland M. Eckels