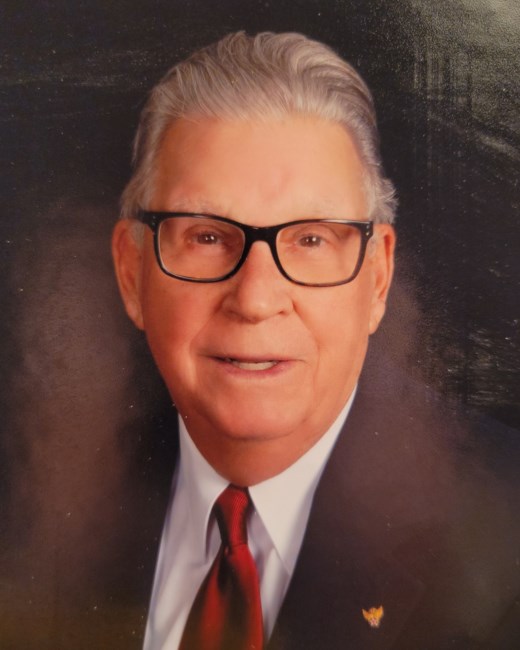 Arthur Franklin Little, 94, of the City of Fairfax VA, passed away on January 18th 2022 from congestive heart failure. Art was born March 15th, 1927, in the District of Columbia to Percival Franklin Little and Irene Walters Little. He was a graduate of Washington Lee High School, and earned a Bachelor’s Degree from George Washington University and a Master’s Degree from Auburn University. Art performed two years of post-graduate study at American University as well as graduating from the Air Command and Staff College, Air War College, and the Industrial College of the Armed Forces Security Management program. Art was an accomplished musician at an early age, had his own professional band at 14, and performed in clubs around the Washington DC area. He continued sharing his music while serving in WWII and the Korean war and was the first band director for Russellville High School in Alabama when he was 20 years old. He began his military service 18 years old, leaving Virginia Tech to join the Army Air Corps during WWII, where he was stationed in the Philippines. When the Korean War called him into active duty again, he served on the staff of General Douglas MacArthur, where his interest in intelligence started. Upon returning to civilian life, Art volunteered for the Air Force Reserves and earned the rank of Lt. Colonel and became Base Commander at the West Virginia Air National Guard base in Martinsburg, WV. Starting his government employment at the lowest possible grade, GS ½, Art worked as an intelligence officer with the Central Intelligence Agency for most of his career and retired at the highest GS level at the time. He was an accomplished leader in the Agency and was a member of the Director of Central Intelligence Community Staff at retirement. It was in 1966 at the CIA that Art met and married the love of his life, Julia A. Little. For 55 years Art and Julie traveled the world, especially enjoying England and Hawaii. With their daughter Christina they would go camping in the Blue Ridge Mountains and along the east coast beaches. His hobbies included stamp collecting and golf. In 2020 Art received a proclamation from David Meyer, City of Fairfax Mayor, who recognized him for “over three decades of service to NOVA Parks, Art Little contributed mightily in leading NOVA Parks in the preservation of numerous tracts of land as open space and the creation of numerous parks, trails, historic structures and recreation facilities, such as Gateway Regional Park, which appeal to and are accessible to all visitors, thus contributing to the physical and mental wellbeing of all residents in our region.” Arthur is preceded in death by his wife Julia Ann Little (2021) and his sister Jean Virginia Little Evans Holloman (1995). He leaves his daughters Sandra Jaffe (Ed) Rancho Palos Verdes, CA and Christina Blenk (Michael) Johnstown, OH as well as his sons Jay Little (Lizbeth) Falls Church, VA and Derek Little (Coral), Texas. Grandchildren are Sarah Jaffee, Elizabeth Blenk, Emily Blenk and Gia Little . The family would like to thank the many friends and acquaintances who checked in on Art, took him to lunch, and kept him active in his last years and months . A visitation for Arthur will be held Tuesday, January 25, 2022 from 10:00 AM to 11:00 AM at Demaine Fairfax Funeral Home, 10565 Main St, Fairfax, Virginia 22030. A funeral service will occur Tuesday, January 25, 2022 from 11:00 AM to 11:45 AM, 10565 Main St, Fairfax, Virginia 22030. A committal service will occur Tuesday, January 25, 2022 from 12:00 PM to 12:30 PM at Fairfax City Cemetery, 10567 Main St, Fairfax, Virginia 22030.
See more See Less

In Memory Of Arthur F. Little