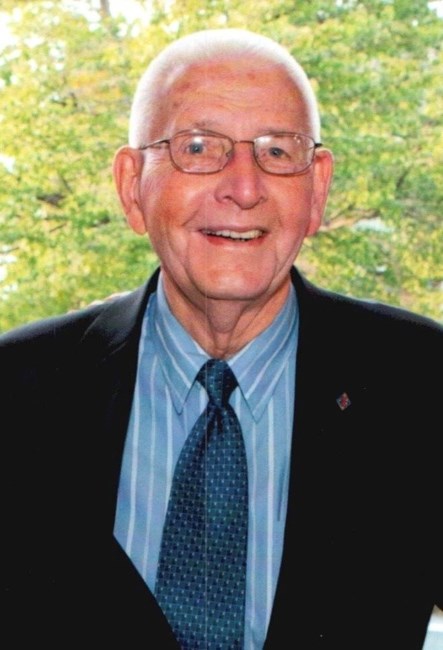 Donald “Don” Edwin Cedergren passed away peacefully in the early hours of May 4, 2022 with family by his side. He was 92 years old. Don was born in 1930 in Taylor Falls, MN. He enlisted in the Marine Corps right out of high school and was stationed in San Francisco, where he met his future bride, Rosalie “Rosie” Glennon. Don was severely wounded in the Korean War when a piece of shrapnel collapsed his right lung, and he spent nearly a year recovering in San Francisco hospitals. Twice a week, Rosie took a street car, a train, and three buses to visit Don and pray with him. They were married in 1952 and welcomed five children together. In 1954, Don went back to school to earn his BS degree in Engineering Physics from UC Berkeley. He spent most of his career employed at the Pacific Gas & Electric Company. In the 1970s, Don and Rosie joined a Christian charismatic community that relocated to South Bend, IN to merge with the People of Praise community. In 1993 they moved again, this time to Northern VA, where two of their daughters and their families lived. After 60 years of marriage, Rosie passed away in February of 2013. In recent years, Don battled a weakening heart and residual breathing complications from his chest wound. He never complained and frequently expressed his readiness to meet the Lord. He will always be fondly remembered for his easy-going manner, playful sense of humor, love of family and above all, his earnest devotion to the Lord. Don is survived by his children, Sandra, Therese, Peter, Karen and Brian; his sister, Carol; his companion and caregiver, Sandy; and many cousins, grandchildren, and great-grandchildren. A viewing is scheduled for 11:30 AM on May 11, 2022 at Holy Spirit Catholic Church (5121 Woodland Way, Annandale), followed by a funeral Mass at 12:30 PM. The burial will take place immediately after the funeral at 2:00 PM at Fairfax Memorial Park (9900 Braddock Rd., Fairfax). A celebration of Don’s life is being planned for sometime over the summer. In lieu of flowers, please consider making a donation to the People of Praise Mission or Mercy Works.
See more See Less

In Memory Of Donald Edwin Cedergren