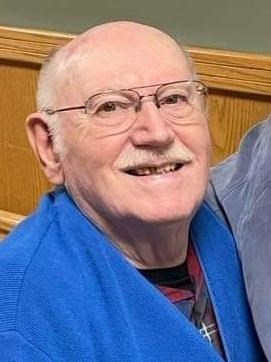 Alan E. Brown, 87, was a loving, spirit-filled gentleman. On Nov. 22, 2021, dedicated caregivers of both The Heritage Pointe of Warren and Heartland Hospice, lovingly assisted Alan at the end of his life’s journey. Alan was born in 1934 in Huntington, IN to Ralph O. and Vernice (Haynes) Brown and currently resided in Warren, IN. Alan is survived by his devoted wife of 51 years, Melody L. Brown (Myers); his 3 sons, Neal Brown, David (Helen) Brown, and Tyson (Nicki) Brown; his 5 grandchildren, Erik, Michelle, Jayce, Abbey, and Ethan; and his 2 great-grandchildren, Xavier and Madison; and his sister, Linda Jo (John) Krieger. Preceding Alan in death are his sister Sandra Fay Kline (Ed Kline surviving husband) and Alan’s first wife, Pauline K. Boxell, mother of Neal and David.

Alan graduated high school at Huntington Township and received further education while in the Air Force and at Huntington College. No matter where he went, a book was always in his hand.

Alan served in the Air Force from 1956 to 1960 in multiple locations (Burlington, VT; White Sands, NM; Iwo Jima; and Thule, Greenland). His specialty was Water Purification and he also served as an Apprentice Astro- Physicist at the White Sands Observatory in NM (Sac Peak).

Alan was loved by all who met him, never met a stranger, and led a very creative life. After working for several companies in accounting positions, Alan met his second wife, Melody, in 1969 while they were both employed at Phelps Dodge Magnet Wire in Ft. Wayne, IN. They also worked together for many years in self-employment as interior decorators and in their ServiceMaster cleaning service franchise. Alan retired from Alamo Blinds in Ft. Wayne, where he served as Plant Manager. Alan continually sought to expand his understanding of God’s plan for us and did all he could to spread that enthusiasm for God during his lifetime.

He was a member of New Hope United Brethren Church in Huntington, IN. His Christian heart found comfort and direction in his vast library of books, most of which were God-centered. He has finally begun his eternal Heavenly journey with his list of questions for God in hand.

All are welcome to join Alan’s family for a Remembrance of Life Celebration on Sunday, January 9, 2022, from 2-5pm at D.O. McComb and Sons Lakeside Park Arrangement Center and Hospitality Room at 1140 Lake Ave, Fort Wayne, IN. Memorials may be made to Heartland Hospice, 2720 Dupont Commerce Ct #210, Fort Wayne, IN 46825. To sign the online guestbook and to leave condolences to the family, please visit www.mccombandsons.com .

In Memory Of Alan Eugene Brown