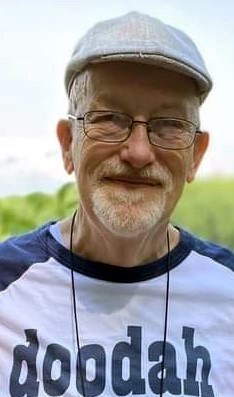 James Roger Fischer, 75, (formerly of Morehead, Kentucky), passed away on Thursday, August 4, 2022 in Fort Wayne, IN. He was born March 28, 1947 and grew up mostly in the Hawesville, Kentucky and Tell City, Indiana area. Roger was proud of many of his accomplishments, including his years in broadcast radio in various locations and ministry with the West Ohio United Methodist Church. He spent his years in Morehead working with the schools as a substitute teacher and a tutor with Morehead State’s AmeriCorps, where he was able to have a positive impact on many students. His favorite pastime in Morehead was the Morehead Theater Guild which allowed him to act, direct, and work technical for many productions. Roger is survived by his children John Fischer of Marion, OH; James (Sara) Fischer of Savannah, GA; Ben (Lisa) Fischer of Fort Wayne, IN; and Kathryn (Nicholas) Rogers of Morehead, KY. He is also survived by his grandsons, Sam Rogers, Elijah Fischer, and Mark Fischer, who were absolutely his pride and joy. A memorial service will be 6:00 pm Thursday, August 11, 2022 at Broadway Christian Church 910 Broadway, Fort Wayne, IN 46802. Arrangements by D.O. McComb and Sons Lakeside Park Funeral Home, 1140 Lake Ave. Fort Wayne, IN. To sign the online guest book go to www.mccombandsons.com
See more See Less

In Memory Of James Roger Fischer