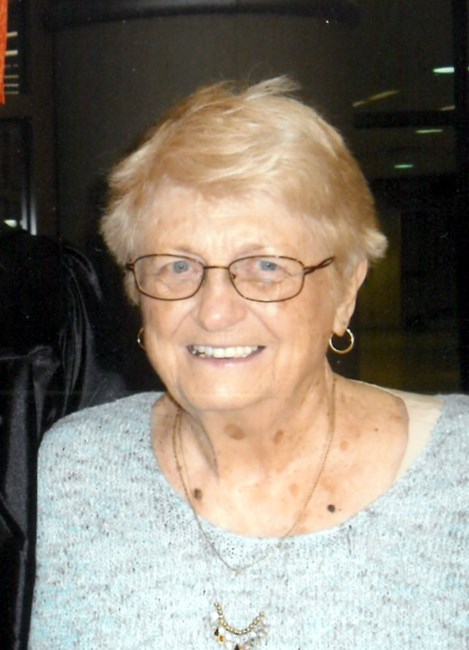 Marjorie A. Bourne, 101 of Fort Wayne, passed away at Seasons Health Care on Monday, January 16, 2023. She was born on July 3, 1921 in Converse, Indiana. In October of 1941, she married Daniel H. Bourne. She is survived by children, Nancy (Terrance) Kimbel and Daniel (Stephany) Bourn Jr; grandchildren, Jeffrey (Heidi) Kimbel, Jamie (Alex) Kimbel, Daniel (Heather) Bourne, and Andrew Bourne; and 5 great-grandchildren. Preceding her in death were husband, Daniel Bourne Sr. son, Michael Bourne; and brothers, Charles, Robert, and Mark Shrock. Funeral Services will be Saturday, January 28, 2023 at 2 p.m. at Greenlawn Funeral Home, 6750 Covington Road, Fort Wayne. Calling will be one hour before the service. Memorials may be directed to Parkview Hospice. Share memories or condolences at www.greenlawnmpfh.com
See more See Less

In Memory Of Marjorie A Bourne