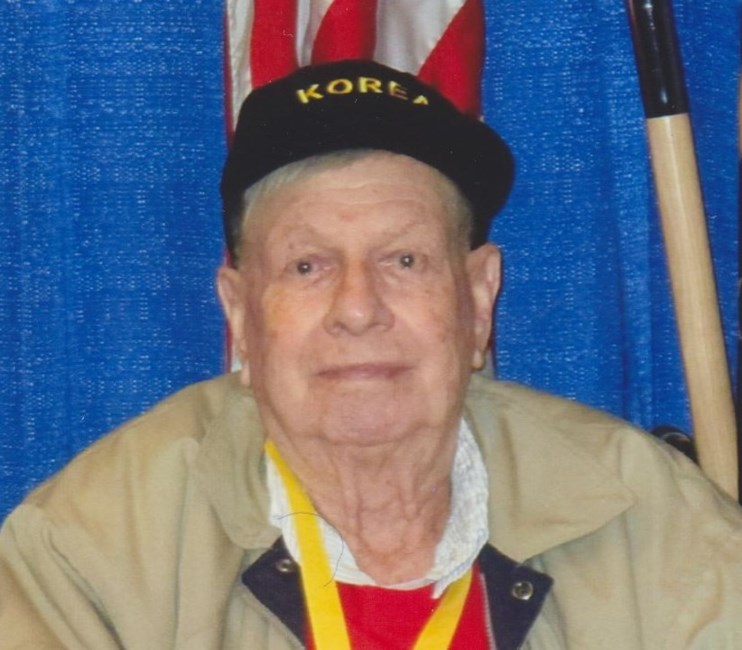 Don O. Gochenaur, age 90, of Orland, Indiana, passed away on Tuesday, January 17, 2023, at Lutheran Life Villages, Kendallville, Indiana. He was born on July 16, 1932 in LaGrange, Indiana to Fred and Flossie (Miller) Gochenaur. Don grew up in LaGrange County on the family farm. He graduated from Kendallville High School in 1951. Don entered the US Army in 1952 and served in Korea. After serving in the Army he became a mechanic in LaGrange and met his former wife Jeanette Troyer, they were married on May 15, 1955. Don later worked for Cain Lumber in Orland, Indiana, and in the 70’s he became a Sheriff’s deputy in Steuben County for 10 years. He finished his career working as a truck driver. He was a longtime member of the Orland American Legion Post # 423, and his hobbies included working, taking motorcycles rides, going to garage sales, and flea markets. Survivors include his daughters, Kathy (Melvin) Stayner of Angola, Indiana, and Cindy Gochenaur of Fort Wayne, Indiana, grandsons, Eric Melchi, and Lance Melchi, and his former companion’s daughter, Karon Barr of Bronson, Michigan. He was preceded in death by his parents, Fred and Flossie Gochenaur, and his longtime companion, Katherine Boone. Visitation will be held from 3-6 pm Monday, January 23, 2023 at Beams Funeral Home, Fremont, Indiana. Funeral Services will be held at 11 am Tuesday, January 24, 2023 at Beams Funeral Home, Fremont, Indiana. Rev. Terry Siler will officiate the service. Military honors will also be conducted. Burial will follow at a later date at English Prairie Cemetery, LaGrange County, Indiana. Memorial donations may be given in his memory to SOAR Camp, P.O. Box 388, Balsam, NC 28707, or to Honor Flight Northeast Indiana, P.O. Box 5, Huntertown, IN 46748. Fond memories and expressions of sympathy may be shared at www.beamsfuneralhome.com for the Gochenaur family.
See more See Less

In Memory Of Don O. Gochenaur