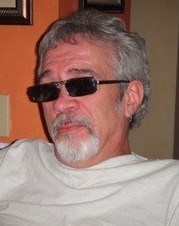 Bruce Rex Borden, 68, of Greencastle, IN passed away unexpectedly on Sunday, January 23, 2022 in the home he shared with daughter and son in law. Bruce was preceded in death by his parents, Esther & George Borden. He is survived by his children, Amy Borden (Tim Pearson), Stacey (Jon) Zawadzki, brother, David (Angela) Borden, grandchildren, Zeplynn & Christian Zawadzki and nephews Jake (Briana) & Chris (Erin) Borden. He is also survived by several other family members, friends, “surrogate” children, grand dogs & cats, and his special dog Ollie. Bruce was born on June 20, 1953, to George Borden & Esther (Lemmons) Borden Wiley in Indianapolis, IN. Growing up in Mooresville, IN, Bruce’s love of learning started at a young age. He was always gifted in academics and dreamed of being a writer. Bruce graduated from Ivy Tech in 1990 on the Dean’s List. He worked as a radiology technician for over 20 years, his last 15 years being employed at Putnam County Hospital, where he loved helping patients and playfully giving his coworkers grief. Bruce loved comics, movies, animals, coffee and bacon. Though, anyone who met him immediately would learn of his passion for reading. Never without a paperback in his back pocket (or Kindle in later years), he once tried to recount all of titles read throughout his life and lost count somewhere around 2000 books. Bruce knew that a good book could transport you anywhere & teach you anything. He cared deeply for his family and friends; would give generously without question and was always there when in need. Bruce will be forever missed and remembered as a loving father, brother, uncle, ex-husband, and grandfather. A service will not be held due to the deceased believing it would be a waste of time. However, a loophole celebration filled with coffee, gin, and one of his favorite movies being screened, will take place at a later date. If you would like more info on the celebration, please email celebratebruce2022@gmail.com In lieu of flowers, please send a donation in his name to the Putnam County Humane Society or adopt a shelter animal in need.
See more See Less

In Memory Of Bruce Rex Borden