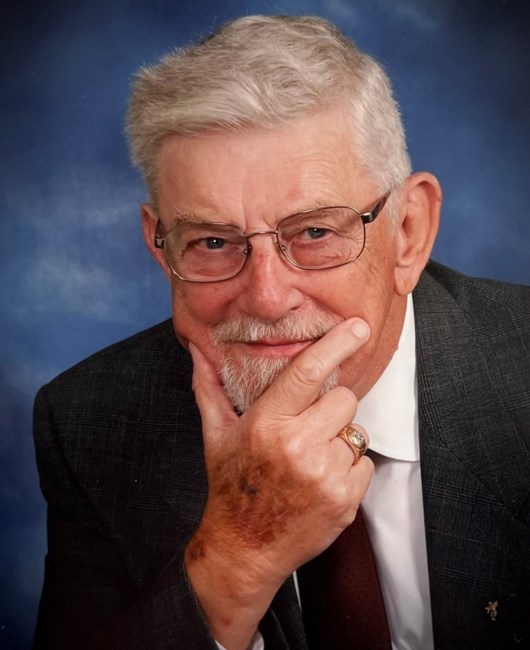 Donald R. Quisenberry, age 86, of Greencastle, IN passed away Monday, January 17, 2022. He is survived by his wife of 67 years, Anna Lois, and his five children (and spouses): Michael (Coleen), Wayne (Robyn), Kathryn (Michael), Debra (Milo), and Susan (James). He is also survived by 11 grandchildren and 20 great grandchildren. Donald was a U.S. Air Force veteran, serving our country for 21 years, including a tour in the Vietnam war from 1966-67. He believed strongly in our supporting our country and fiercely advocated for the freedom that he and others fought to keep. Donald was born in Owensboro, KY, to Pearl and Clyde Quisenberry. He grew up in Owensboro where he met his wife, who also lived in Owensboro. The two spent the first couple of years in Deols, France, before traveling and living in various states and countries throughout the world. Donald earned his Bachelor of Arts degree in 1980 from Columbia University in Colorado. Donald and Anna moved to Greencastle in 2004 where they have resided since. Donald loved history, religious studies, and traveling, but still enjoyed spending time at home. He had a warm personality and enjoyed nothing more than talking with others and swapping stories. He loved his dogs wholeheartedly and worked tirelessly to spoil them. A mass will be said for Donald on Saturday, January 29, at 11 am at St. Paul’s Catholic church in Greencastle. Burial will be in Owensboro, KY, at Owensboro Memorial Gardens. Donald was a loving person who adored his family. We loved him in life and will continue to love him always. We are comforted in knowing that he is peaceful and free from pain.
See more See Less

In Memory Of Donald Ray Quisenberry