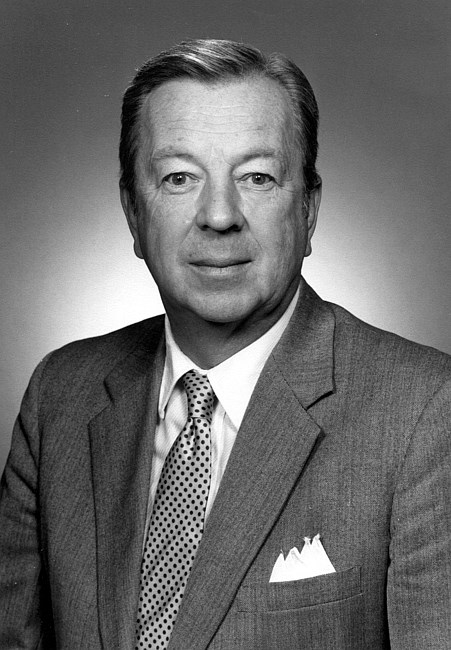 Howard T. Wright, 89, of Poquoson, VA, beloved husband for forty years of Joyce M. Wright, died on January 18, 2018. He is also survived by his sons, David E. Wright of Lexington Park, Maryland and Richard A. Wright of Alexandria, VA. He was preceded in death by his first wife, Hope Dahl Wright.

Howard was born in Brooklyn, New York. He received his bachelor of science degree in electrical engineering from The Cooper Union in New York, NY, and began his professional career at the Grumman Aerospace Corporation working on radar systems for the E2 surveillance aircraft before moving on to work as lead test engineer on Grumman’s Apollo Lunar Excursion Module (LEM) whose oxygen supply saved the Apollo 13 crew. He was sent by Grumman to attain a masters degree in business to support their future programs.

It was not long until National Aeronautics and Space Administration (NASA) came calling with a very special job for him, the Viking Mars Landers. Thus began a long and exciting career at NASA. With the success of the Viking Mars Landers, Howard soon became a part of the Senior Executive Service. From this point on Howard was involved in many projects for space applications at NASA, including serving as the NASA Deputy Director for the National Aerospace Plane Program (NASP) at Wright Patterson AFB, Ohio. His final assignment was at NASA headquarters as Program Manager of the highly successful international Cassini-Huygens Program which accomplished all goals and completed its mission, reaching and orbiting Saturn sending photographs and other data back to NASA.

Upon retirement Howard enjoyed helping middle school students as a Kiwanis tutor in math and science. Most of all he enjoyed boating, fishing, his garden, cooking and eating gourmet meals with Joyce.

The family will receive friends from 3:00 to 5:00 pm, Monday, January 22, 2018 at Parklawn-Wood Funeral Home. A celebration of Howard’s life will be held at 10:00 am on Tuesday, January 23, at the funeral home. Interment will follow at Parklawn Memorial Park.

In lieu of flowers the family requests donations in his memory be made to the Peninsula SPCA 523 J. Clyde Morris Boulevard, Newport News, VA 23601 or a favorite charity.

Friends are encouraged to visit www.parklawn-woodfh.com to share memories and words of condolence with the family.

In Memory Of Howard Thomas Wright