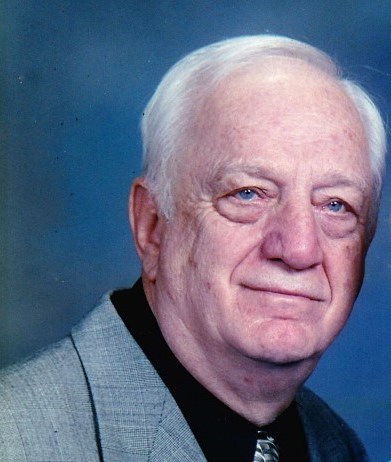 Louis B. Ensley beloved husband, father and friend of many, passed away on January 17, 2023. Lou was born on October 22, 1934, in York County, VA. He was the son of the late Paul G. and Zella S. Ensley. He was a 1954 graduate of Newport News High School and received his associates degree from Mars Hill College in 1956. After college he enlisted in the US Army where he served as a military policeman and photographer. Lou had a love of photography and worked as a cameraman for WVEC television for over 15 years. During his career, he had many memorable assignments such as photographing President Kennedy to flying with the Blue Angels. He covered the General Assembly and was invited to attend the State Dinner. He won many awards for his photography work and continued his passion when he moved to Saudi Arabia to teach photography to the Royal Saudi Air Force. Upon his return, he was self-employed as a commercial audio-visual salesman until his retirement in 2012. Lou was a member of First Christian Church where he served as a Deacon and Worship Chairman. Lou is preceded in death by his wife of 48 years, Ruby D. Ensley. He leaves behind his daughter, Paula Ensley Scheck and husband, Tony; stepdaughter, Lynn M, Jones and husband J.P.; stepson, Tollie R. Morris III and wife, Rhonda; his beloved granddaughter, Olivia; grandsons, Tyler and Ryan Scheck. The family will receive friends on Tuesday, January 24, 2023, from 6:00 PM to 8:00 PM at Parklawn-Wood Funeral Home, 2551 N. Armistead Ave. Hampton, VA. The funeral service will be held 12:00 PM, Wednesday, January 25, 2023 at First Christian Church, 1458 Todds Lane Hampton, VA. In lieu of flowers, contributions can be made to your favorite charity in memory of Mr. Louis B. Ensley. The family would like to thank all the staff at the Sanders Retirement Community as well as the staff who cared for Lou at Riverside Regional Medical Center. Fond memories and expressions of sympathy may be shared below for the Ensley family.
See more See Less

In Memory Of Louis B. Ensley