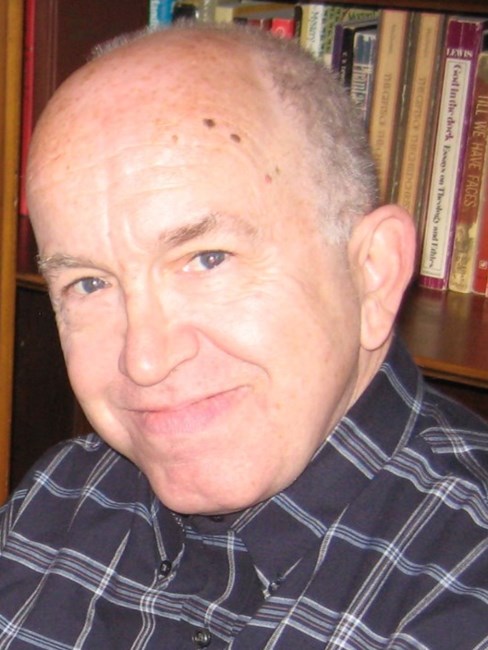 Glen Maurice Finnegan, 64, of Timberville, and formerly of Harrisonburg and Annandale, Virginia, fell asleep in the Lord on the Feast of the Annunciation, Saturday, March 25, 2017, after a lifetime of soldiering on with limitations imposed by cerebral palsy, and a short battle with brain cancer. He was born on October 29, 1952, in Washington, D.C., to the late Maurice and Virginia Lee (Hawkins) Finnegan.

Glen, who had input into this obituary, wanted it said of him that he had a fruitful life and met interesting people including John and Robert Kennedy, John Glenn, Everett Dirksen, Pappy Boyington and Sonny Jurgensen. He lived with his family in Alexandria and Annandale and graduated from Annandale High School in 1972. He was a Cub Scout, Boy Scout and achieved the rank of Senior Scout. He moved to Harrisonburg in 1991 where he participated in Shenandoah Valley Civil War Roundtable discussions. Although unable to enlist in the military, he loved the military and military history. He often gave military-styled nicknames to his friends and acquaintances and would salute in greeting or farewell. His memorized knowledge of military history was legendary. Of the eight jobs he held during his life, his favorite was working for the U.S. Marines at the Navy Annex and Quantico where he also met Oliver North.

Glen was well known by his friends for his generosity and desire to give. He was a longtime member of Covenant Reformed Church in Harrisonburg. His friend and pastor, Reverend David Shank, will conduct the service at McGaheysville United Methodist Church on Tuesday, March 28 at 10:30 a.m. followed by interment at Mt. Olivet Cemetery, where Glen will be laid to rest near his parents and many of his maternal ancestors.

He is survived by his brother Basil and his wife Barbara Finnegan of Broadway; his sister Sharon and her husband Matthew Sedeen of Hedgesville, WV; five nephews, four nieces, and eight grand nieces and nephews.

Special thanks to those who have served Glen over the years: the staff at Kate’s Natural Products, Harrisonburg Paratransit Service, First Choice Home Health, Living Waters Assisted Living, and Blue Ridge Hospice.

In lieu of flowers, the family suggests that memorial contributions be sent to James Madison University Foundation, Inc., 1320 South Main Street, MSC 8501, Harrisonburg, VA 22807 for the benefit of the Department of Kinesiology to aid the effort of helping people with cerebral palsy and similar motor impairments.

Lindsey Funeral Home in Harrisonburg is handling arrangements and condolences may be sent to the family by visiting www.lindseyharrisonburg.com.

In Memory Of Glen Maurice Finnegan