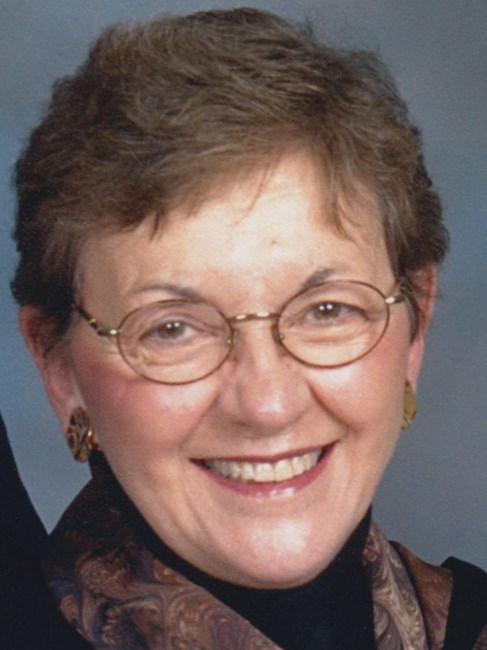 Rose Coppola Adolino, 81, of Harrisonburg, died Friday, August 4, 2017, at Bridgewater Home. She was born August 12, 1935, in New York and was the daughter of the late Angelo and Rose Coppola. Rose graduated from Marymount Manhattan College and St. John’s University. A 23-year resident of Danbury, Connecticut, Rose taught mathematics and chaired the mathematics department at Henry Abbott Technical High School in Danbury. Rose moved to Harrisonburg in 2002 and taught math for several years at Blue Ridge Community College. She was a member of Blessed Sacrament Church. On October 1, 1960, she married Richard Francis Adolino, who preceded her in death in 2014.

Surviving are two daughters, Jessica Adolino and husband, Timothy DiNapoli, of Harrisonburg, and Christine Thompson and husband, Michael, of Timberville; six grandchildren, Sarah, Emma and Benjamin DiNapoli, and Luke, William and Jake Thompson. Her brother, Thomas Coppola, survives and she was preceded in death by a younger brother, Frank Coppola, in 2014.

The family will receive friends Tuesday, August 8th from 6:00-8:00 p.m. at the home of Jessica Adolino and Timothy DiNapoli in Harrisonburg. A Mass of the Resurrection will be held Wednesday, August 9th at 10:30 a.m. at Blessed Sacrament Catholic Church in Harrisonburg.

Memorial contributions can be made to the Michael J. Fox Foundation for Parkinson’s Research at https://www.michaeljfox.org/get-involved/donation2.php?pg=tribute.

Lindsey Funeral Home in Harrisonburg is handling arrangements and online condolences may be sent to the family at www.lindseyharrisonburg.com

In Memory Of Rose Coppola Adolino

Mass of the Resurrection