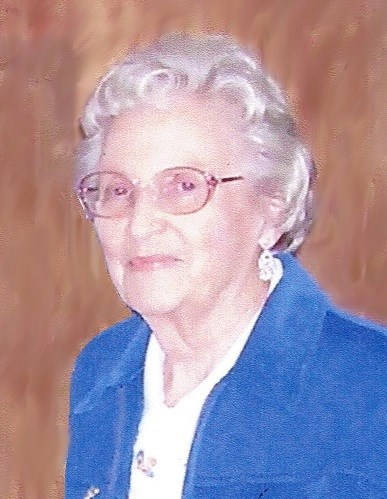 Margaret J. Burris, 97 of Huntington passed away on Wednesday, August 24, 2022 at Heritage Point of Warren. Margaret was a 1943 graduate of Union High School. She was co-owner of Burris Seed Service for over 50 years. She was a member of Zion United Methodist Church in Huntington. Margaret loved to garden and spending time with her grandchildren. Margaret was born on August 3, 1925 in Huntington to the late Allan and Opal (Hite) Anson. She married Spencer Burris on July 12, 1945 in Huntington. He preceded her in death on April 6, 2014. Survivors include two sons: Dan (Sue) Burris of Huntington, Jim (Brenda) Burris of Huntington; a sister: Barbara Hoover of Monticello, IN; four grandchildren and five great grandchildren. A daughter: Sharon Burris, a brother and two sisters preceded her in death. There will be no public visitation or services. Interment will be at the Zion Cemetery in Huntington County. Memorial donations can be made out to Zion United Methodist Church in care of Myers Funeral Home, 2901 Guilford Street, Huntington, IN 46750.
See more See Less

In Memory Of Margaret Burris

There will be no public visitation or services , Interment