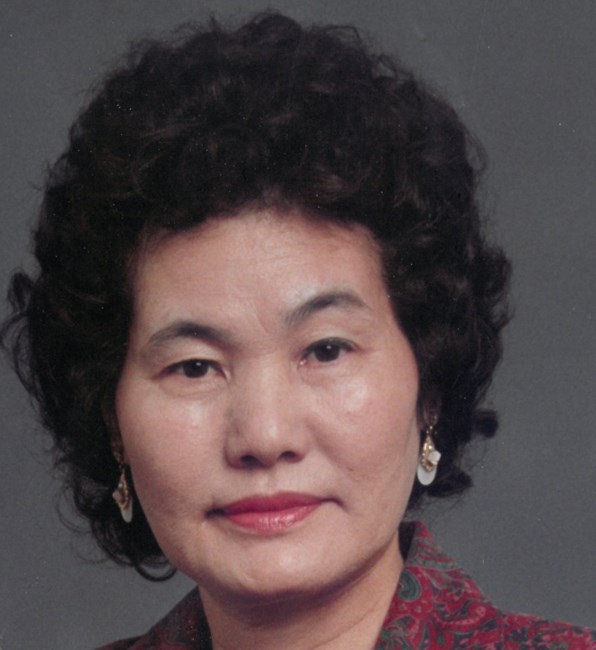 Masako (Kanemoto) Luria was born in Yakena, Okinawa, in 1932. Her father was a police chief, and her mother raised Masako and her 5 siblings. WWII displaced them to Tinian, but they eventually returned to Okinawa. After the war, Sachi kept the family together as a single parent, raising the children to become successful adults. Masako graduated from Maehara HS, 1950, and met Oscar Luria, a radio manager, broadcaster in Naha. They married in 1958. A year later, they had their first child, Michael, who died in infancy. After their daughter, Connie, was born, they moved to the US where Masako became a naturalized citizen. In California, Oscar rejoined the US Army, and the family lived in Germany, California, and Indianapolis. A hard worker, Masako raised 3 children and enjoyed many hobbies, especially gardening, cooking; one of her greatest joys was preparing meals, spending time with family. She was a devoted wife to Oscar for 62 years until his passing in 2021. They loved to travel and visit their children who could always count on her to help with their babies. Her children remember Masako as a selfless mother whose pride and joy was spending time with her grandchildren and great grandchildren. They consider Masako the most loving person they have ever known. Family was her priority. Masako is survived by her sister, Haruko, and brother, Kosaburo, in Okinawa. She is preceded in death by her mother Sachi; father Bugen; brothers Takeshi, Noboru; sister Tomiko; and son Michael. She has 3 adult children—Connie (husband David Sheafer), Frank (wife Renee), and Pauline (husband Tony Williams); 11 grandchildren; 5 great grandchildren. A fitting tribute to Masako: 1 Corinthians 13:4-7 “Love is patient and kind; love does not envy or boast; it is not arrogant or rude. It does not insist on its own way; it is not irritable or resentful; it does not rejoice at wrongdoing, but rejoices with the truth. Love bears all things, believes all things, hopes all things, endures all things.” A viewing at noon with private service following on February 19th, will take place at Crown Hill Funeral Home.
See more See Less

In Memory Of Masako Luria