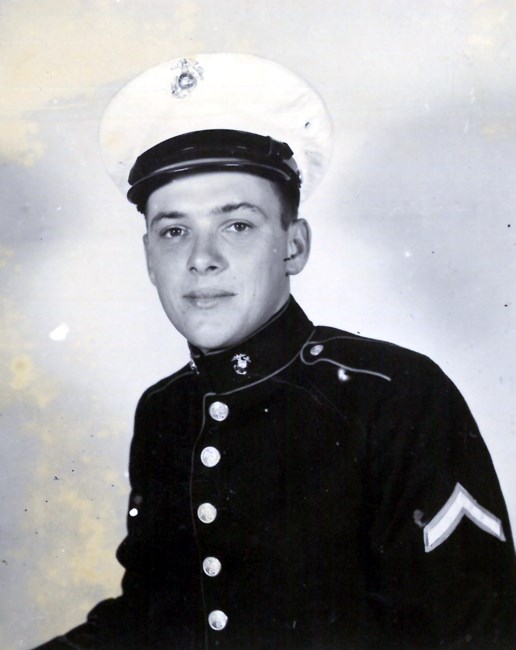 Donald Keith Scherer AKA Duck, 91, of Liberty passed away at his home on Tuesday, June 21, 2022. Donald was born to Harold and Lorraine Fickes Scherer on March 6, 1931 in Old Fairfield, Indiana. He was raised on the family farm where they also raised tobacco. Donald enlisted and served in the United States Marine Corps in Alameda, California. He married the former Patricia Moon in 1953 in Oakland, California. Together he and Pat moved back to the Fairfield, Liberty area to raise their children. Donald was employed at the Ford –Philco plant until his retirement in 1989, after thirty-seven years. While working at the plant, Donald also continued to work on the family farm. He was the last tobacco farmer, this far North in Indiana. Donald was lifetime member of American Legion Post 122. He was an avid outdoorsman and mushroom hunter. Donald enjoyed traveling, especially to the Smoky Mountains and Michigan, splitting wood, and spending time on the farm with his family. He will be deeply missed by his family and friends. In addition to his wife of sixty-nine years, Donald is survived by his children: Michael Scherer, Greg Scherer, and Ronald (Marsha) Scherer; three grandchildren; six great grandchildren; two great-great-grandchildren; several nieces and nephews. Donald is preceded in death by his parents; siblings and their spouses: Jim and Janet Scherer, Bill and Lynn Scherer; Helen and Johnny Grimes. A funeral service will be conducted at 12:00p.m., Thursday, June 30, 2022 at Showalter Blackwell Long, Fosdick Chapel, Liberty with Jeff Adams officiating. Burial will immediately follow at Sims Cemetery in Old Fairfield. Friends may visit the funeral home on Wednesday, June 29, 2022 from 5:00p.m., until 7:00p.m. Memorial contributions may be made to the American Legion in Donald’s honor.
See more See Less

In Memory Of Donald Keith Scherer