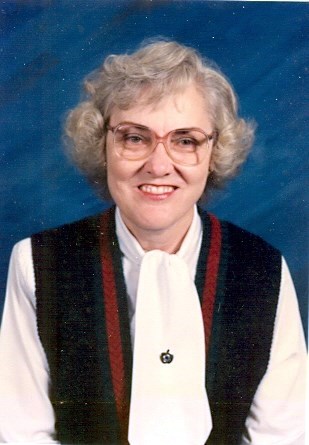 Patsy Watson Hooper, 81, of Forest, went to be with her Lord on Thursday, November 16, 2017. She was the adored wife of the late Oliver Franklin “Frank” Hooper for 50 wonderful years.

Born on October 2, 1936 in Salisbury, NC, she was the only child of the late Floyd and Nerine Watson. Patsy was a member of Calvary Baptist Church since 1971. Patsy was a graduate of Newport News High School and the University of Georgia where she received her Bachelor’s degree in 1958. Patsy was employed at the Newport News Ship Building and Dry Dock Company where she drafted plans for the U.S.S. Enterprise in addition to many other ships. Patsy worked alongside her father, Floyd, and husband, Frank, both founders of Virginia Plumbing Suppliers after relocating to Forest in 1970. In 1980, she began working as the bookkeeper at New London Academy for 28 years, retiring in 2009. Together she and Frank owned and operated Meadow Oaks Farm for over 40 years.

The family will receive friends from 7 to 9 pm on Sunday, November 19, 2017 at Whitten Timberlake Chapel.

A funeral service will be conducted at 11 am on Monday, November 20, 2017 at Calvary Baptist Church with the Reverend Leslie Whealton officiating. Interment will follow at Virginia Memorial Park.

In Memory Of Patsy W. Hooper