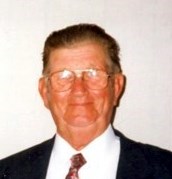 Born December 2, 1923 in Campbell County, he was the son of the late Elias Washington Arthur and Nannie Bomar Arthur. He was preceded in death by his beloved wife of 70 years, Margaret Case Arthur; his daughter Margaret “Peggy” Dunnaway and two brothers and five sisters.

Bill was a veteran of the World World II era and served his country in the Army Air Corps. After his military service, he owned and operated Bill’s Reconditioning & Repair for over fifty years. Bill was an avid outdoorsman and loved fishing and hunting. He was a member of Wesleyberry United Methodist Church in Gladys.

A funeral service will be conducted on Tuesday, October 12, 2021 at 2:00 p.m. at Whitten Timberlake Chapel with Pastor David Turner officiating. Interment will follow at Virginia Memorial Park.