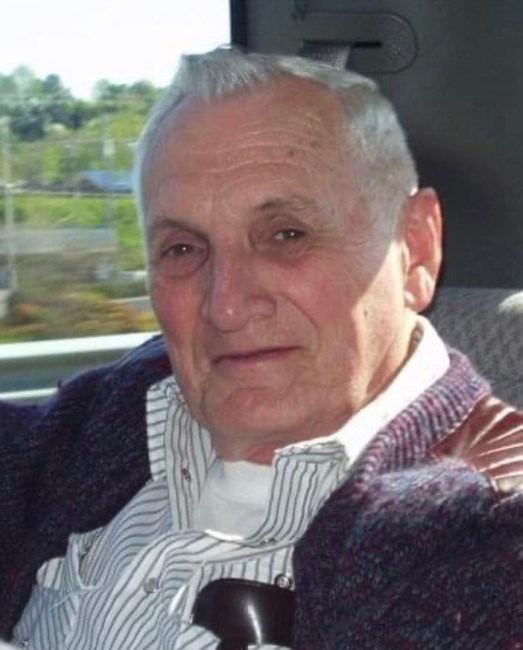 John Frank Brane, 85 of Markle, passed away Friday evening, July 15, 2022, at his residence surrounded by his family. He loved his Lord and his country and served them both faithfully. John had worked at the Air National Guard in Fort Wayne as an Air Technician for 37 years, retiring in February of 1992 as a Chief Master Sergeant. During the Berlin Crisis, he went on active duty serving our country in Europe. John attended Noble High school in Wabash County. John was a member of the Markle Church of Christ where he had served as an elder. John was a member of the VFW Post 6671 of Markle and the American Legion Post 111 of Bluffton. He enjoyed the outdoors, including hunting and fishing. John was born on February 17, 1937 in Wabash County, a son of Frank M. and Josephine (Frank) Brane. He was united in marriage to Bette J. Stouffer on May 9, 1954 in Peru, IN. Bette survives. Additional survivors include two Sons: Wendell J. Brane of Markle and Thomas A. Brane of Senegal, West Africa; three daughters: Cathy J. Legg of Duffield, Virginia, Amy L. Noyola of San Luis Potosi, Mexico and Tamari A. Blanquel of Upland, CA. Nine grandchildren and four great grandchildren; a half-brother: Alan Siders of Chicago, IL and a step sister: Norma Tharp of Arcadia, IN. He was preceded in death by his Parents and a granddaughter Priya Brane. A Gathering of Family and Friends will take place on Tuesday, July 19, 2022 from 4:00 to 7:00 p.m. at the Markle Church of Christ, FLC, 455 E. Morse St., Markle, IN. Graveside services will take place on Wednesday, July 20, 2022 at 10:00 a.m. at the Center Grove Cemetery in rural Wabash County. Preferred Memorials are to the Markle Church of Christ Missions Fund, sent in care to Myers Funeral Home, P.O. Box 403, Markle, IN 46770.
See more See Less

In Memory Of John F. Brane