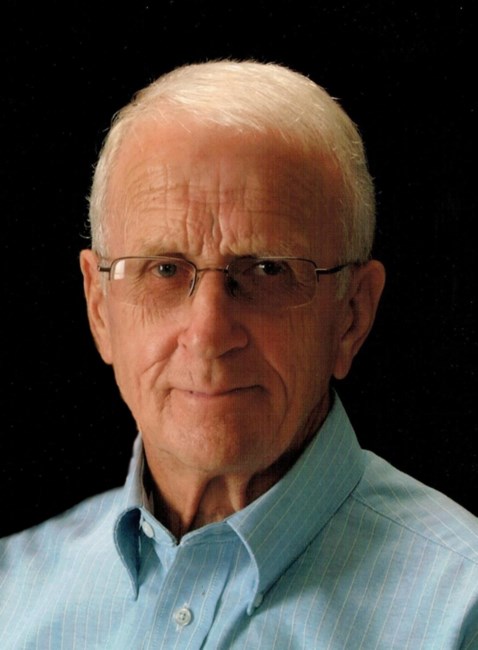 Merrill “Lynn” Dafforn, 79 of Markle, passed away unexpectedly on Friday, March 16, 2018 at his residence. Lynn had worked for 22 years at International Harvester in Fort Wayne, retiring in 1984. He then was a Farrier for 30 years retiring in 2015. Lynn was a 1957 graduate of East Union High School in Wells County. He later served in the US Airforce due to the Berlin Crisis, serving from ’61 to ’62. Lynn was a Member of the Zanesville United Brethren in Christ Church, and the former VFW in Markle. He was a Charter Member of the Indiana Farriers Association. Lynn painted Barn Quilts for over 10 years, finishing over a 100 paintings. He had a lifetime love of horses and rode most of his life. One of his proudest accomplishments is that he donated over 32 gallons of Blood during his lifetime to help others. Lynn was born on November 20, 1938 in Allen County, a son of Vernon and Mary (Jones) Dafforn. He was united in marriage to Caryl A. Habegger on September 16, 1961 in Ossian, IN. His wife survives. Additional survivors include a daughter: Jana Conover of Des Plaines, IL; two sons: Erik (Kezia Endsley) Dafforn of Carmel and Scott Dafforn of Indianapolis. Four grandchildren: Alex, Piper, Ryan and Christopher. Two brothers: Dan (Marjoria) Dafforn of Fort Wayne and Jack (Pat) Dafforn of Ossian. He was preceded in death by his parents and a brother Kirby Dafforn. Visitation will be held on Tuesday, March 20, 2018, from 2 to 8 p.m. at the Myers Funeral Home Markle Chapel, 415 N. Lee Street, Markle, Indiana. Funeral service will be held on Wednesday, March 21, 2018 at 11:00 a.m. at the Zanesville United Brethren In Christ Church, 3092 W. Broadway, Zanesville with Pastor Tom Datema officiating. There will be one hour of visitation prior to the services at the Church. Interment will be at the Hoverstock Cemetery in Zanesville. Memorial donations can be made out to the Zanesville United Brethren in Christ Church or to the American Heart Association. Both can be sent in care to Myers Funeral Home, P.O. Box 403, Markle, IN 46770.
See more See Less

In Memory Of Merrill Lynn Dafforn