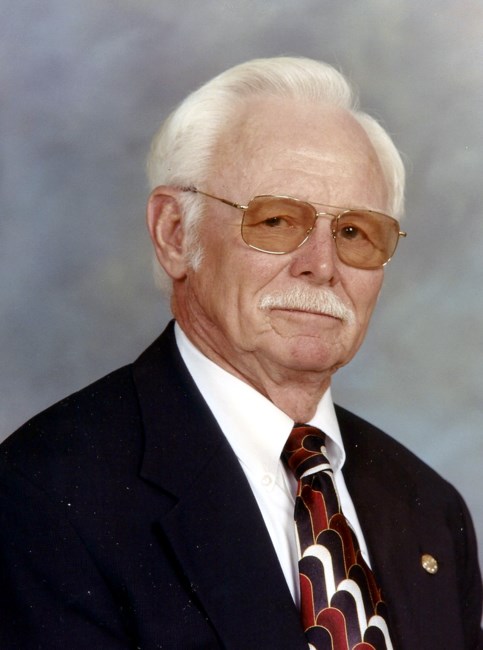 Ernest “Mason” Morrison, born October 29, 1929, went to be with the Lord, after a brief illness on March 13, 2017. He was preceded in death by his parents, Ernest Linwood and Lottie White Morrison, his wife Joyce Beadles Morrison, son-in-law Robby Dymacek and stepson, Jeff Edwards.

He was employed by Union Envelope Co. where he retired after 46 years. After his retirement, he kept himself busy by working for Sandy’s Plants for over 20 years and many years with the Virginia State Fair as an Ambassador. He was a member of Fairmount Christian Church where he served faithfully for 66 years.

Visitation for Mason will be 2 – 4 pm and 6 – 8 pm, Thursday, March 16, 2017 at Woody Funeral Home – Atlee Chapel, 9271 Shady Grove Road, Mechanicsville, VA 23116. A Celebration of Life will be at 2 pm, Friday, March 17, 2017, at Fairmount Christian Church, 6502 Creighton Road, Mechanicsville, VA 23111. Burial will follow in Gethsemane Church of Christ Cemetery. In lieu of flowers, memorial contributions may be made to Fairmount Christian Church.

Online condolences may be made at www.woodyfuneralhomeatlee.com

In Memory Of Ernest Mason Morrison