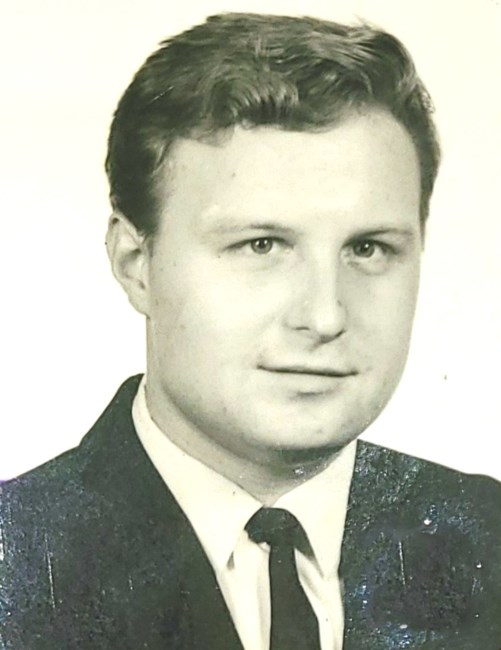 Guenter Irmen, age 77, of Mechanicsville, Virginia, passed away peacefully on July 27, 2022, at his residence surrounded by family. Born in Germany on March 23, 1945, Guenter was raised in Moenchengladbach and moved to Virginia in 1964. In 2017, he proudly became a US citizen. Guenter’s life was a blessing to his family and friends. An enjoyer of the simple festivities in life, he appreciated spending time with his friends whilst drinking a pint of beer and listening to music. He was greatly fond of pets, especially the little ones, and would willingly dogsit for his children. He diligently kept a tradition of hosting and cooking weekly Sunday lunches for his family which were very important to him. When not home in Mechanicsville, he enjoyed traveling abroad throughout Europe, Southeast Asia, and the Americas. Before the pandemic, he would return to Germany every year to visit his siblings and their families. In his later years, he enjoyed cruising with his wife. He will be remembered by his peers and family as someone who never hesitated to lend a helping hand when he could. He will be greatly missed by his family and friends. Guenter was a loyal employee at Hauni Richmond for many years before retiring. It was a company he loved. The flowers his friends at Hauni sent to his home were a special comfort to him in his final days. Guenter participated in their annual golf tournament and in the James River Raft Race. He also played soccer as an active member of the German American Sports Club when he was younger. For decades, he worked behind the scenes for the Richmond Oktoberfest and helped organize the annual Christmas party of the Gesangverein Virginia. The family wishes to express their gratitude to both Bon Secours Hospice and the Woody Funeral Home workers who helped tenderly care for Guenter before and after his death. In accordance with Guenter’s wishes, his remains will be cremated and the ceremonies will be simple. Guenter will join his mother, brothers, and many friends who have passed before him. Guenter is survived by his loving wife, Vera Marie Irmen; his daughter, Karin Latimer and her children, Sara-Ann Irmen and Maggie Latimer; his son, Richard Irmen and his children, Alexis Irmen, Riley Irmen, and Chloe Irmen; his sister, Johanna Klasen (Hartmut) and their daughter, Eva Boettcher, and her children Anna and Laura; and his brother’s daughter, Ines Dings (Benjamin) and her son, Emil; and one sister in law, Suzanna Schmitt. There will be a visitation for Guenter's family and friends on Monday, August 8, 2022 from 10:00 to 10:45 at Church of the Redeemer Catholic Church, 8275 Meadowbridge Road in Mechanicsville, VA 23116. The Funeral Mass will begin at 11:00a.m. following the visitation at the same location. Guenter’s cremated remains will be interred at Holy Cross Cemetery, 1700 1st Avenue, Richmond, VA 23222 on August 8, 2022 at 2 p.m.
See more See Less

In Memory Of Guenter Irmen