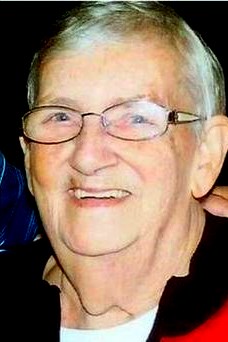 Gloria Jean Urban, 82, of Richmond, Virginia, left this world on January 20, 2017 surrounded by family, after a brief fight with cancer. She was born in Allentown, PA on February 24th, 1934 to Katheryn Smith and John L Manwiller. She was married for 62 years to the love of her life, Hubert F. Urban. Gloria enjoyed volunteering at the school of her grandchildren as well as serving in the Women of the Moose. Her joy in life was her family. She is survived by: her husband, Hubert F. Urban, their children, David and Linda Urban, Kevin and Faye Urban, and Judy and Jimmy Moss; her grandchildren: Tara, Jaime, Zachary, Sarah, Lily, and great-grandchildren, Justin and Brandon, and her two sister-in-laws and numerous nieces and nephews. She was preceded in death by her parents, her brothers: Bobby, Jack, Harry, Jimmy, Ray, her sister, Katheryn and her cousin Betty. We Love you more. The family requests in lieu of flowers, please make donations to the American Cancer Society cancer.org/donate
See more See Less

In Memory Of Gloria Jean Urban