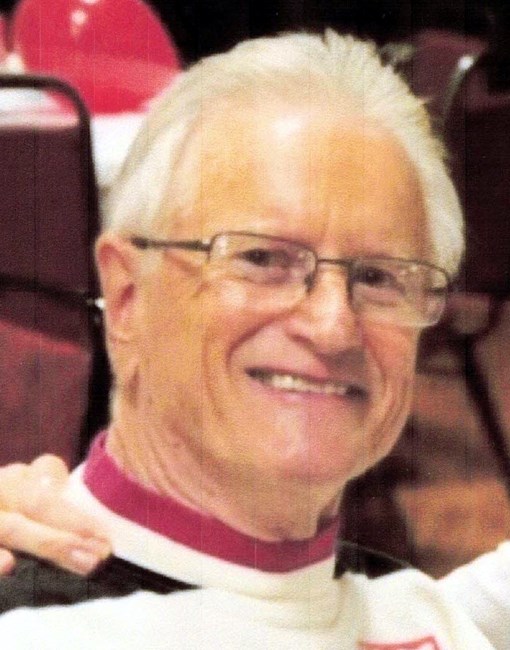 Zody was a true Brown Countian having been born September 18, 1936, in a log cabin near Spearsville. His parents, Howard and Alice Zody, and his grandparents, Clarence and Oma Zody and Clarence and Catherine Robertson, were also born, and spent their entire lives, in Brown County.

Zody grew up in Nashville, on Jackson Branch and in Coffey Addition, and spent his youth mowing yards and Greenlawn Cemetery; washing dishes at Mid Thickstun's Restaurant; attending Nashville Christian Church; as a boy scout under the leadership of George Monroe; hunting squirrels; fishing in Salt Creek; and lifeguarding at the old Brown County State Park swimming pool for 10 summers.

He graduated from Nashville High School in 1955 and from Indiana University in 1959. At IU he lettered as a gymnast and was honored as a 50 year 'I' Man, along with his peers, at the halftime of an IU football game on the 50th anniversary of his earning his first "I'.

In 1960, he married Brenda Wheeler who grew up near Stone Head.

After graduating from IU, Zody taught at Nashville High School and Brown County High School where he also coached freshman and junior varsity basketball and started the interscholastic track program. He also taught and coached in West Baden, Scottsburg, and North Vernon; managed stores for Smith's Jewelers in Muncie, Noblesville, and Bedford; was managing editor of the Plainfield News Leader; built and operated a KOA campground south of Lake Monroe; and operated clothing stores in Columbus, Bloomington, and Madison.

During that latter endeavor Zody met Ed Bernard who owned Bermo Enterprises, a wholesale clothing company in Kalamazoo, Michigan. Bernard hired Zody as retail COO to open and oversee retail clothing stores as outlets for the wholesale company. When Zody went to Kalamazoo in 1980 Bernard had one retail store. When he retired in 1996, there were 13 Mr. B's Warehouses and several Max 10's, primarily in the Kalamazoo-Battle Creek- Grand Rapids area. Zody also did radio and television advertising for the retail operation and his southern Indiana voice was well-known in Southwest Michigan.

During the 1960's and 70's Zody hunted Indian relics along the Muscatatuck and Ohio Rivers. After his retirement he hunted shark's teeth on Don Pedro Island off Florda's Gulf Coast. He accumulated 1000's of arrowheads and other artifacts and 10's of 1000's of shark's teeth. He was also an accomplished winemaker.

In retirement he traveled with his wife to all the continents except Antarctica.

Among other adventures, he tracked polar bears in a tundra buggy along Hudson Bay; walked across the Mackinac, Golden Gate, and Sydney Harbor Bridges; stood astride the Equator in Ecuador and at the Cape of Good Hope in South Africa; snorkeled in the Galapagos Islands and on the Great Barrier Reef; rode an elephant in Zimbabwe; crossed the Artic Circle off the coast of Norway; rode a camel and in a hot air balloon in Australia; climbed the Great Wall of China; Machu Picchu in Peru and the Acropolis in Athens; rode in a Yangtze River Boat through the locks of the Three Gorges Dam; took the high-altitude train in Tibet; toured the Forbidden City in Beijing; stood on the slopes of Mt. Etna in Sicily while the volcano spewed steam above his head; walked through the Kremlin and Red Square and on the grounds of the first Olympics in Greece around 700 BC; fished for piranha in the Amazon River; and was in St. Peter's Square for an appearance by the Pope.

But, he was never happier than when he was fishing in Canada on a fly-in with family and friends.

He became an avid photographer during his travels and edited and framed dozens of his photos which hang in his Nashville home.

He is survived by his wife, Brenda Wheeler Zody; his daughter, Sallianne Zody; his sons-in-law, Marc Anderson and Ian Levett; his brothers, Howard M. and John Zody, all of Brown County; his brother, Richard, of Okeechobee, Florida; his cousin, Mary Ann Walker, of Bargersville; and everyone in the Zody and Wheeler families. Having married a Wheeler, he was destined to become a cat lover and he is survived by Oiseau and Fuzzball.

He was preceded in death by his parents; his daughter, Suzannah Levett Zody; and his brothers, Kenneth and Melvin. There will be no services. Memorial donations may be made to the Brown County Playhouse, P.O. Box 2011; the Indiana Raptor Society, P.O. Box 1153; or Mother's Cupboard, P.O. Box 825, all in Nashville, IN 47448. Online condolences may be made to the family at www.BondMitchellFuneralHome.com