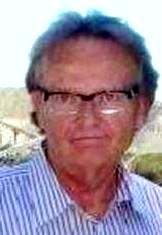 TRAVERS, Ronald Richard, son of VADM Edward P. Travers and Marjorie Travers, of Southern Illinois, died October 23, 2017, in his Short Pump home surrounded by family. Mr. Travers was born in New London, Conn., on April 6, 1951. He spent his high school years in the Mt. Vernon area of Northern Virginia, where he met his wife of 43 years, Ann Edwards Travers. Mr. Travers worked in retail all of his adult life and had been a consultant for The Great American Group for the last 26 years.

Mr. Travers is survived by his wife, Ann; his sons Ryan, Aaron and his wife, Jennifer, all of Richmond, Va.; grandchildren, Stephen, Gabby, Mary Ryan, Connor, Trevor, Tyler and Charles; and great-grandchild, Daniel. He is also survived by his brothers, Edward of Richmond and John of Savannah, Ga.

In Memory Of Ronald Richard Travers