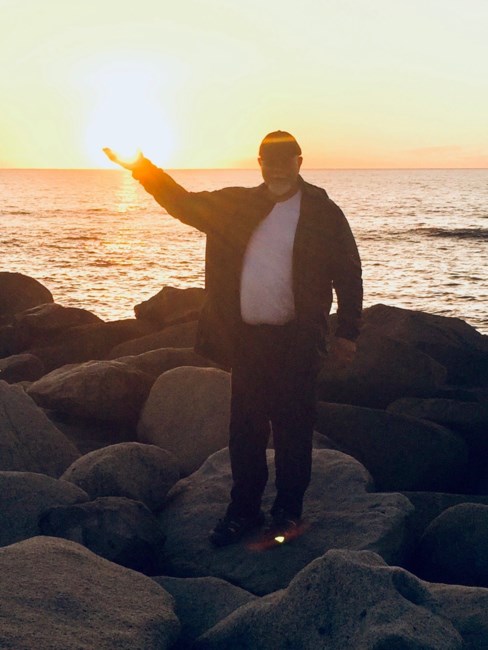 Captain Mark F. Perry, 65 of Stafford, VA passed away Sunday, August 30, 2020. A 1976 Graduate of Virginia Tech University, Mark has been an active member of the Northern VA community. First as a real estate agent and then Principal Broker since 1972, also as a Class A Contractor building homes and commercial buildings and finally living his dream job as a United States Merchant Marine Captain running Rivershore Charters in which he shared his love of Nature, Wildlife, and history of the Potomac and Occoquan River. He is survived by his wife, Susan Wilson-Perry, two sons Jason Perry and Benjamin Perry; four stepchildren Eugene Wilson, Sara Pickett, William Wilson, Cori Watson and their combined 17 grandchildren; brother Victor “Chip” Perry; sister-in-law Monica Perry; nephew Skip Perry; along with two neices Tanya Wiertalla and Michelle Wiertalla. A private celebration of his life will be held at Tim’s Rivershore in Dumfries on September 12, 2020 at 2:00 on the beach. In lieu of flowers, donations may be made in his name to the following non profit https://three4haven.com/ Online condolences may be sent at www.mullinsthompsnstafford.com
See more See Less

In Memory Of Mark Francis Perry