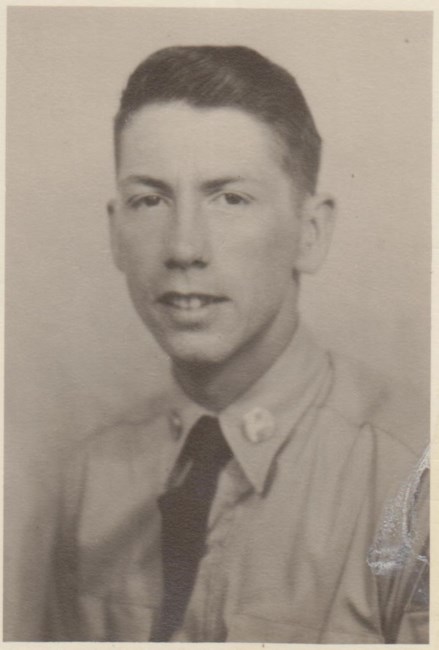 David “Dee” Earl Gayhart, 86, of Stuarts Draft passed away Friday, March 11, 2016 at Augusta Health. He was born February 25, 1930 at Ladd in Augusta County, son of the late Floyd M. and Mamie Bell Gayhart; On February 13, 1954 he married Hazel Blackwell Gayhart, who predeceased him on May 17, 2002. David was a member of Finley Memorial Presbyterian Church. He served in the U.S. Army during the Korean Conflict. David’s first employment was as truck driver for the former Blue Ridge Grocery in Waynesboro. He worked as a salesman for Beech-nut Baby food, Harry B Cooke Company and Chesapeake foods calling on grocery stores in Staunton, Waynesboro, Harrisonburg, Culpepper and the surrounding areas. He retired from Alcoa in Stuarts Draft. In addition to his parents and wife, he was preceded in death by his brother, Paul E. ”Pete” Gayhart and his sister, Stella G. Eavers. He was the last surviving member of his immediate family. He is survived by his son and daughter-in-law, Johnny R. and Pat (Coiner) Gayhart; grandson Jason A. Gayhart and wife, Talisa and 4 great-grandchildren; sister-in-law, Dorothy T. Gayhart, and a number of nieces and nephews. The family would like to thank the doctors, nurses and staff on 2 West at Augusta Health and Hospice of Shenandoah for their help and care during his final week of life. A graveside service will be held at 11:00 a.m. on Tuesday, March 15, 2016 at Augusta Memorial Park with Pastor Isca Mitchell officiating. The family will receive friends from 6:00 p.m. until 7:00 p.m., Monday, March 14, 2016 at the Waynesboro Chapel of Reynolds Hamrick Funeral Homes. In lieu of flowers the family requests that memorial contributions may be made in David’s name to Stuarts Draft Rescue Squad, 10 Manor Rd, Stuarts Draft, VA 24477. Relatives and friends may share condolence and memories with the family online by visiting www.reynoldshamrickfuneralhomes.com.