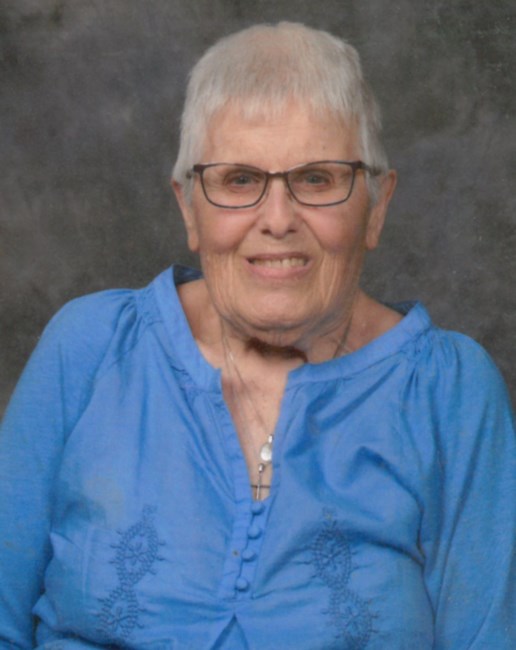 Barbara Ruth Guire, age 88, of Brazil, Indiana was welcomed home into Heaven on Friday, September 16, 2022. She was a resident at Signature Health Care. She was born on July 28, 1934 to Louis Rudolph Yansky Jr. and Goldie Ruth (Remler) Yansky in Terre Haute, Indiana. Barbara was a graduate of Garfield High School, class of 1952. She is survived by her loving children: Wayne Richard Guire Jr. of Brazil, Donna Lynn Tolliver (Clyde) of San Antonio, Gary Joseph Guire of Terre Haute, Lynda Sue Welch of Avon, and Glenn Allen Guire (Patti) of Montague, Michigan: her grandchildren: Arica Racey, Sam Racey Jr., Matthew (Kristina) Guire, and Jeremy (Kim Anderson) Guire; and her 9 great-grandchildren and 2 great-great grandchildren with one on the way. Barbara is also survived by her brother, Louis Rudolph Yansky III (Carolyn); sister-in-law, Colleen Beecher; along with her several nieces and nephews. Barbara was a member of the United Methodist Church of Seelyville, Indiana. She was a devoted mother who loved her family. She enjoyed spending her time with her grandchildren and never forgot any birthdays. Barbara enjoyed tending to her garden and planting her flowers. She also loved watching her soap operas and going out to eat. She is preceded in death by her parents; her loving husband, Wayne Richard Guire; and her grandchild, Leslie Marie Racey. Visitation will be held on Tuesday, September 20, 2022 at Roselawn Funeral Home from 4 to 7pm. Service will be held on Wednesday, September 21, 2022 at 12pm with a visitation prior from 11am-12pm. A graveside service will follow. Barbara will be laid to rest next to her husband, Wayne, at Roselawn Memorial Park. Fond memories and expressions of sympathy may be shared at www.roselawnfuneralhome.net for the Guire family.
See more See Less

In Memory Of Barbara Ruth Guire