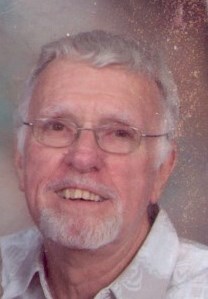 James Hugh McDonald, 85, of Mt. Sidney, passed away Friday, October 28, 2016. He was born December 30, 1930 in Glen Burnie, MD and was the son of the late, Michael Francis McDonald, Sr. and Loretta Burnham McDonald. He grew up in Front Royal, VA and was a graduate of Warren County High School. After high school, he received his bachelor’s degree in education from Shepherd University. Jim continued his education by receiving a Master’s degree in education from the University of Virginia. He held teaching positions in Augusta and Page Counties, as well as several private schools. He took great pride in nurturing his students and their families. On June 24, 1967, he married Joyce Alexander, who survives. Jim had enjoyed good health the majority of his life. He was an avid reader, treasured gardening, adored flowers and loved his animals. In addition to his wife, he is survived by his son, Jason Eubanks of Mt. Sidney; one grandson, Adrian Lee Eubanks; his Aunt Dolores Kuklinski of Baltimore, MD; a foster sister-in-law, Carolyn D. Eubanks, of Verona; and numerous loving cousins from Baltimore, MD. He is preceded in death by a brother, Michael Francis McDonald, Jr. Funeral services will be held at 2:00 pm on November 1, 2016 at Salem Evangelical Lutheran Church with Pastor Derek Boggs officiating. Burial will be private. Friends may call at the residence anytime. Memorial contributions may be mailed to Sentara Hospice, 2000 Beery Rd, Harrisonburg, VA 22801 and/or Augusta County Rescue Squad, 1601 North Coalter Street, Staunton, VA 24401 Online condolences may be sent to the family at www.lindseyweyerscave.com.

In Memory Of James Hugh McDonald

Friends May Call At The Residence At Anytime