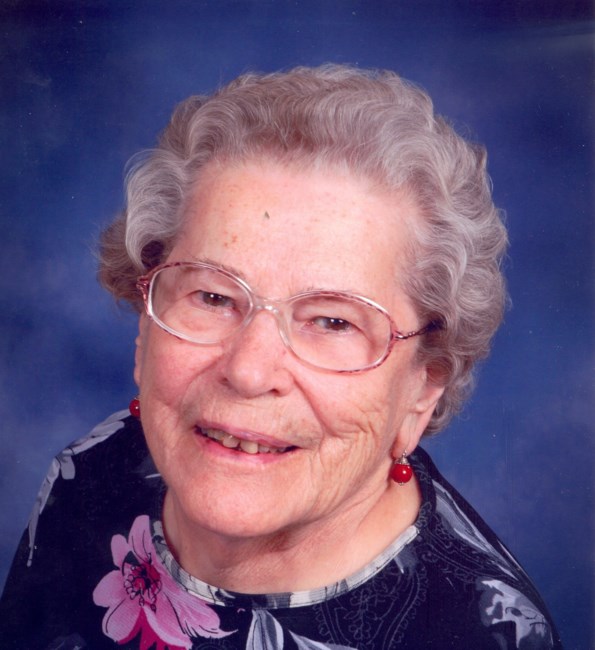 Funeral Service will be held Wednesday, February 15 at 2:00 pm at Salem Lutheran Church, Mt. Sidney, conducted by Pastors Derek Boggs and William Ballance. Burial will follow in the church cemetery.

Born April 14, 1921 in Rockingham County, she was one of seven children of Edwin Clarence, Sr. and Bessie Ruebush Showalter.

She graduated from Weyers Cave High School in 1939. From 1942-45 she served in the U. S. Navy as a Storekeeper 2nd Class in the Waves program. In 1953 Nellie received her BS degree in Business Education from James Madison University and in 1975 her MS degree.

For 22 years (1953-75), she taught business courses at Bridgewater High School and later at the new Turner Ashby High School, where she served as head of the business department. Until her death, "Mrs. Warrington," was continually invited to high school reunions by former students.

She was the second oldest member of Salem Church, where she was a member of the ELCW and the XYZers. She was the first woman to serve on the Congregational Council.

The family will receive friends on Tuesday, February 14 from 6-8 pm at Lindsey's Weyers Cave Chapel.

Online condolences may be sent to the family by visiting www.lindseyweyerscave.com.

In Memory Of Nellie Showalter Lesemann