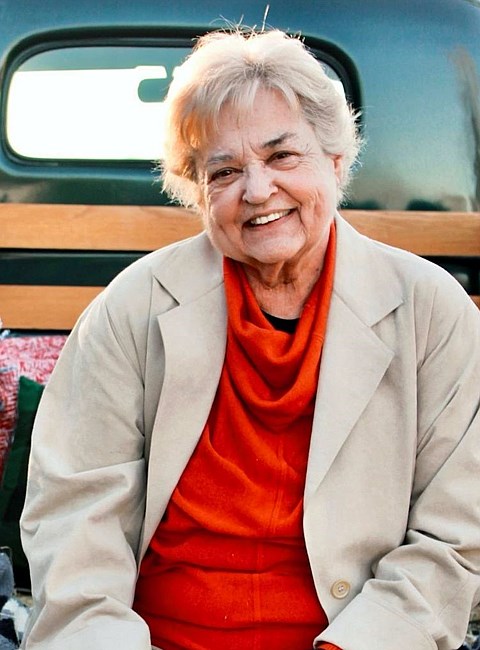 Judy was born in Owego, NY and made her way to Virginia at age 19 where she met the love of her life, her late husband, W. Ray Taylor. They would have been married 57 years this October.

Judy was a collegiate singer and sang in the concert chorus while attending Ithaca College. She went on to become a cosmologist for over 30 years owning her own salon where she made many lifelong friends.

She was a member of Liberty Baptist Church where she was a Sunday school teacher, a member of the Loyal Laborers of Christ, Director of VBS. She sang many solos on Sunday’s as singing ran to the core of her soul.

Judy was a published poet and an award winning member of the International Society of Poets. She was also a member of the Toano Garden Club and an avid bowler, bowling on many leagues over the years. She had a passion for painting and crafting. She loved painting ornaments, giving them as Christmas gifts to her many family and friends. In her later years, she enjoyed traveling as much as possible seeing many states.

Judy, affectionately known as Nana by her many extended ‘kids’ as she called them, had a huge heart and cherished spending time with family and friends making memories.

Judy is preceded in death by her husband, W. Ray Taylor; her parents Don and Connie Leonard; her brother Dale Leonard; and her son-in-law Kevin Rhind.

Funeral services will be held Wednesday, October 13th at 2pm at Liberty Baptist Church in Lanexa, VA and the interment will follow at the church cemetery.

Fond memories and expressions of sympathy may be shared at www.NelsenWilliamsburg.com for the Taylor family.

In Memory Of Judith Anne Taylor