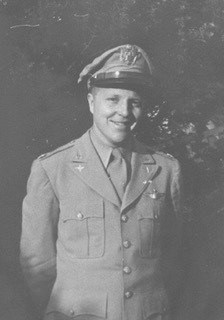 Colonel Robert Eberle Kirtley, (USAF, Ret.), born in Spartanburg, SC July 26, 1917, died of natural causes on February 7, 2021 at Williamsburg Landing, Williamsburg, VA. Bob served in the Air Force for 30 years. Bob became a Flight Cadet after graduating from Wofford College in 1938. Following flight training, he was commissioned 2nd Lt. in the USAAF in March 1940 and was assigned to the 27th Pursuit Squadron, 1st Pursuit Group at Selfridge Field, MI. In 1941, Bob was one of six test pilots developing the P-38 Lightning fighter. He flew P-38s with the 27th to CA after Pearl Harbor, and soon became Commander of the new 95th Fighter Sqd., also flying P-38s, which he led in combat in North Africa in 1942-43. Bob returned to the 27th for the Invasion of Sicily and flew Seafires from British aircraft carriers during the Salerno Landings. He ended his combat tour with 4 “victories.” Returning to the US, he commanded training of P-47 pilots for the European theater at Dover, DL Air Force Base. He flew high cover during the Normandy Invasion. At war’s end, he interviewed Luftwaffe pilots about tactics and their ME-262 jet fighter. Following time out of the service, Bob rejoined the Air Force as Lt. Col. during the Cold War rebuilding. In 1948, he commanded 2 fighter groups, first in CA, then in Japan, converting both from piston-engine P-51s to F-80 jets. About to return home, he was sent to Korea on the first day of the Korean War to coordinate UN air defenses. He flew P-51s in combat and received the Bronze Star. After Korea, Bob was a student and then instructor at the Armed Forces Staff College in Norfolk, VA for 3 years, then spent 6 years in the Pentagon working on nuclear war planning, briefing President Eisenhower. He spent one year as a Harvard University Fellow working closely with Henry Kissinger. He served 3 years in England as personal representative to the Supreme Allied Commander, Europe. His final assignment was the Weapons Systems Evaluation Group in Washington, D.C., focusing on National Command and Control and employment of Tactical Nuclear weapons. Bob received the Legion of Merit upon retiring from the Air Force in 1968. He worked for Serendipity Consulting, Inc. for several years, retiring as its President. Bob married Miriam Hamrick of Gaffney, SC, on June 15, 1940. After leaving Serendipity, he and Miriam moved to Seneca, SC, and then in 1979 to Williamsburg, VA, building a home in Queen’s Lake. There he pursued his love of fishing, crabbing and golf. He took great pleasure in his grandchildren, creating transforming life experiences, running rapids on the Chattooga River, water skiing, flipping canoes, sharing his love of flying and WWII history, and challenging them to speak their minds when challenged. Bob had a wry sense of humor, infectious smile, and a remarkable ability to master wide ranging interests from tying flies to rebuilding antique clocks and building a house, and from cooking to mastering computers late in life. He “moved heaven and earth" to create many beautiful gardens. Following Miriam’s death in 1993, Bob moved to King’s Mill and then to Williamsburg Landing. Bob is survived by daughters, Carol (Don) Borut of Washington, DC, and Judith (John) Hoberg of Columbus, OH; four grandchildren, Adam, Leigh Anne, Ezra, and John; and six great grandchildren, Chloe, Alexandre, Ariana and Josh Borut, and Alistair and Cameron Easterling. The family is grateful to the Caring Touch Agency for the companionship and friendship of his caregivers during the last year and a half of Bob’s life. Col. Kirtley personified “The Greatest Generation”. In 2017 he was interviewed by The Library of Congress as part of the oral Veterans History Project. He will be inurned with full Military Honors at Arlington National Cemetery at a future date. Online condolences may be shared at www.nelsenwilliamsburg.com.
See more See Less

In Memory Of Robert Eberle Kirtley