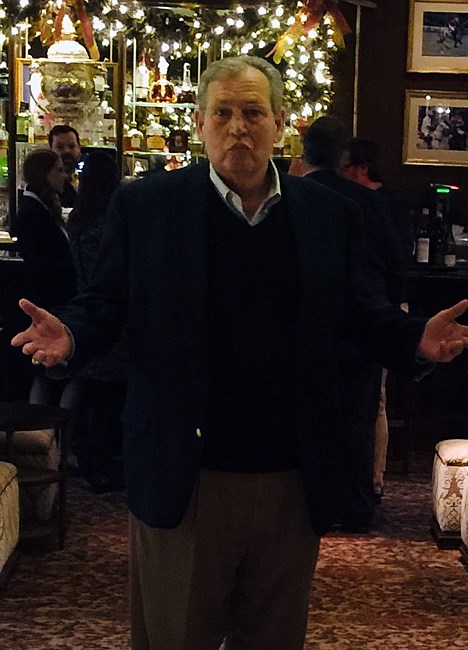 Roderick “Rod” Franklin Bennett, 66, of Williamsburg, Virginia left this earth peacefully and softly Saturday, May 7, 2022. Roderick was born July 17, 1955. He was preceded in death by his mother, Suzanne Marie (Herman); and father, Bruce Bennett. He graduated from high school in the small town of Athens, Michigan in 1973, where he was a star football player and voted most likely to succeed. He went on to college with a full football scholarship to Grand Valley State in Michigan. Rod had a 20 year executive career in the hotel industry, followed by an 11 year career as a management executive in the vacation ownership industry. He and his wife, Elizabeth, were entrepreneurs that created restaurants and managed hotels. He loved working, dining, cooking, watching films, his dog Mia, and his family--especially his sister Bernadette, and his two wonderful daughters Kristin and Kaila. He lived the life he loved and chose; no regrets. His life was colorful, sometimes turbulent, but never boring! He was well loved and admired by both men and women, and loved well in return. He had a happy, funny disposition …the glass was not just half full, it was overflowing! He had a contagious big laugh, was a consummate host, and an extraordinary manager! Roderick is survived by his wife, Elizabeth Stewart; step-son, Christopher Warren (Elizabeth); daughters, Kristin Tai (Eugene), and Kaila Brown (Max); grandchildren, Madeleine, Charlotte, Alana Lin, and Anthony Joseph “TJ”; sister, Bernadette Dunn; nieces, Lexi, and Brianna; brother-in-laws, Tim Stewart (Hillary), and Jimmy Stewart; and mother-in-law, Alyce Stewart. A memorial will take place in summer 2023 in Battle Creek, Michigan. If you would like to do something for Rod, please do this--treat everyone with respect and kindness, and live each day to the fullest….that’s what he did!
See more See Less

In Memory Of Roderick Franklin Bennett