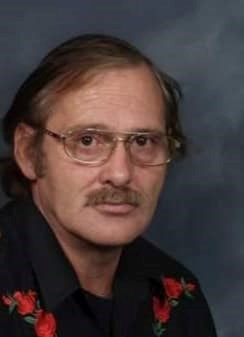 Cecil Joseph Fulford Sr., 61, went to be with the lord and meet up with his mother, father, sister, brothers, his beloved, favorite dogs Grizzly and Coco, his late son in law Joseph Long, his fur grandson Link (dad always called him stupid), along with many other loved ones on Friday, May 6, 2022. His death is sudden and unexpected to all, it was ruled he had a massive heart attack. Cecil has lived with chronic back pain since 2007 or before and has gotten gradually worse over the years. He is now in no more pain and working hard with Jesus to make his unborn grandson Grant perfect for his arrival, approximately in September. Cecil was born in Martinsville, Indiana on March 2, 1961 to Emery t Fulford and Amanda (Long) Fulford. Cecil loved his children grandchildren and great grand baby more than anything. He enjoyed fishing, camping, traveling to the great smoky mountains, and had always wanted to go back to Seattle, Washington and visit Alaska. Cecil enjoyed watching WWE wrestling and loved being outdoors, but more than anything he loved spending time with his family and seeing them happy. He enjoyed listening to country music with his favorite singer, the man in black, Johnny Cash. He enjoyed working on cars and teaching his kids how to work on them too. He loved his guns and his beloved pomeranian dogs. His signature dish of his amazing fried potatoes and his ham cooked over an open campfire will forever be missed by his children and grandchildren. Cecil collected key chains, clocks, and old money. He is proud of his mother Amanda making him a rebel flag crochet sweater. He was of the Christian faith but believed church wasn't a building because it's man-made. He connected with the Lord by going into the woods. Cecil Sr leaves behind his loving children Cecilia Long (late Joseph Long), Wanda Martin (soul mate, Brian Bosley), Cecil Joseph Fulford Jr., Russell Fulford (wife Elizabeth Hawkins Fulford), and Wallace Fulford, and ex-step son Justin Caven. He is also survived by grandchildren, Jenetta Martin, Samantha Martin, Jerri Martin, and Liam Fulford, along with his unborn grandson, Grant, ex-granddaughter, Emily Calvin, and great-grandbaby, Monte. Cecilia's late husband's children, Dean, Dawn, Jason, Joey, Misty, Sabrina, and Brandon and their children. He loved his fur grandchildren just as much; including the late Link (aka Stupid), Smoky, Bitsy, and Tonka. He is also survived by his soulmate and the love of his life, Teresa Poole. He is additionally survived by one brother, Bradley Fulford, along with nephews, Phillip and Joey Long, and his sister's children Michael and Kathie, their children. Additional survivors include aunts Edith "chuck" English and Sandra Fulford; several cousins, and many who knew him. He's also survived by ex-wives Laura Livingston Richardson, Julie Johnson Long, Janice Mullis and her son Larry. The family apologizes if we have forgotten anyone. He was preceded in death by both parents, two brothers, Jerri Long and infant Chester, also his sister, Wanda Rose, and his aunts, uncles, and a son-in-law. Cecil worked at many gas stations throughout his life from Thornton's to the Marathon on north Walnut across from McDonald's North in Bloomington, Indiana. He is a life-long resident of Washington Township; having lived all his life on the same road. Cecil's saying was, "Have a good day and a better one tomorrow." He worked as a DNR janitorial services employee at Lake Monroe and Budget Rental Car as transport and detail. He worked briefly doing security in Indianapolis, Indiana with late ex-father-in-law, Wallace Johnson. He was a volunteer firefighter, fighting forest fires and playing Smokey the Bear at different fairs and events. But most of all, his favorite job was being a father to his children who he extremely proud of. The family will be having a private viewing on May 21, 2022 before cremation at Day and Deremiah-Frye Funeral Home. Then on June 11, 2022 a memorial service will be held at either Hindustan Christian Church located on Old State Road 37 North or at Bryant Creek shelter house located off Morgan-Monroe State Forest Road from the hours of 1pm to 5pm. The family is asking to bring a sharable pitch-in dish, any pictures, and a memory to share with the family. Afterwards, there will be a balloon release. The cremated remains will be buried during a private family event upon a later date at Hindustan cemetery near his mother and father. In lieu of flowers the family could use help with repairs to the house damaged from a tree that fell Easter weekend or buying a gift for Cecil's unborn grandson or great grandbaby. Cecil would prefer his children recieve help getting them through this difficult road ahead without him instead of flowers. Please feel free to reach out to the overseer, oldest daughter Cecilia Long, for any further questions or information. Children looks forward to seeing everyone on June 11th as anyone is welcome who respects the family and their father. Anyone who causes problems will be asked to leave. Again, please bring your favorite dish to share while we celebrate the life of Cecil Fulford Sr. sharing memories, jokes or songs. Gone, but he forever lives on in each heart he touched. Fond memories and expressions of sympathy may be shared at www.DayDeremiahFrye.com for the Fulford family.
See more See Less