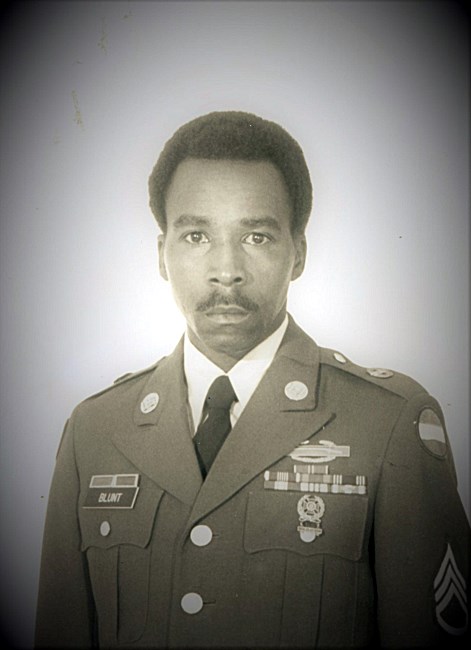 Mr. Blunt was born on March 5, 1950, in Chesapeake Virginia to the late Evelyn M. Brown and Walter A. Blunt Jr. of Chesapeake VA. In addition to his parents, his brother Terrance A Blunt and Cousin Jean Skinner also proceed him in death. He retired from the United States Army as a Staff Sergeant and The United States Postal Service as a Garageman. He proudly served as a Veteran of the Vietnam War. Gilbert enjoyed spending time with his family and supporting the local American Legion Post 368. Gilbert’s military service was very important to him and within that he cultivated to work hard and be proud of it, no “I” in team, details matter, practice makes perfect, and people remember your character, he would use those core values to impact his children’s lives and they will deeply treasure those gifts.

Mr. Blunt will be laid to rest at Albert G Horton, Jr. Memorial Veterans Cemetery in Suffolk Virginia with full military honors. A memorial service honoring Mr. Blunt will be announced at a later time.

In lieu of flowers, the family has requested you kindly remember Gilbert with a memorial in his honor to the ASPCA, PO Box 96929 Washington D.C. 20077-7127, ASPCA Member Support Hotline (800) 628-0028 or the Gary Sinise Foundation to honor veterans, http://www.garysinisefoundation.org Gary Sinise Foundation, P.O. Box 368 Woodland Hills, CA 91365.

Fond memories and expressions of sympathy may be shared at www.parklawn-woodfh.com for the Blunt family.

In Memory Of Gilbert W Blunt