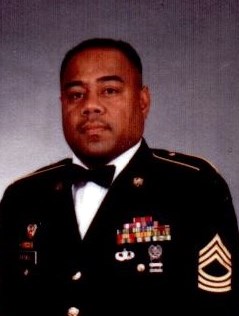 Lui Fatuesi Jr., age 69, of Hope Mills, North Carolina passed away on Monday, August 1, 2022. Lui was born April 14, 1953. Lui was a quiet man of strong convictions and even stronger faith. His fierce pride in his heritage was surpassed only by the depth of love he had for his family. Luis was a man who said little but spoke volumes through his actions. Born on a small island in the South Pacific call American Samoa, in the village of Pago Pago, his childhood laid the foundation of faith, family, and hard work that would define Lui's character for his whole life. Even after leaving the island, he remained voice of reason and rock of support for his family. Lui attended Peter Chanel College in Moamoa, Samoa when it was a boy's only boarding school staffed by Catholic Priests and Marist Brothers. He remained faithful to his Catholic faith his whole life, serving at Good Shepherd Catholic Church in Hope Mills, teaching classes for students, and serving as Grand Knight of the Knights of Columbus. Lui served 23 years in the US Army, was a Vietnam Veteran, a paratrooper in the 82nd ABN DIV, and retired from Fort Bragg, NC as a Master Parachutist in 1993. He was a member of VFW Post 10630 in Hope Mills, leading the color guard for several years. He is survived by his wife, Doris Jean Leffner Fatuesi; his three children, Shannon Fatuesi Tuimaleali'ifano, Brad Joseph Fatuesi, and Richard William Fatuesi; his four grandchildren, Sualauvi Moeva Tuimaleali'ifano IV, Aolele Mialani Tuimaleali'ifano, Mana Samuelu Tuimaleali'ifano, La'avasa Rose Fatuesi; seven siblings, Maria Brandon, Shirley Loa, Montgomery Fatuesi, Pele Williams, Joe Fatuesi, Benjamin Asuenga, Sharon Tauaefa; dozens of nieces and nephews. Lui was a man who loved fiercely and deeply. He loved sports, he loved learning, he loved teaching, and he loved children. His legacy lives on in the lives he touched as a Samoan, a Patriot, a Veteran, a family man, a man of faith, and a man who believed in the power of one person to make a difference in the life of another. A visitation with family & friends for Lui will be held Wednesday, August 10, 2022 from 4:00 PM to 6:00 PM at Reeves Funeral Home, 3308 N Main St, P.O. Box 64, Hope Mills, North Carolina 28348, followed by a funeral service with military honors at 6:00 PM. Fond memories and expressions of sympathy may be shared at www.reevesfunerals.com for the Fatuesi family.
See more See Less

In Memory Of Lui Fatuesi