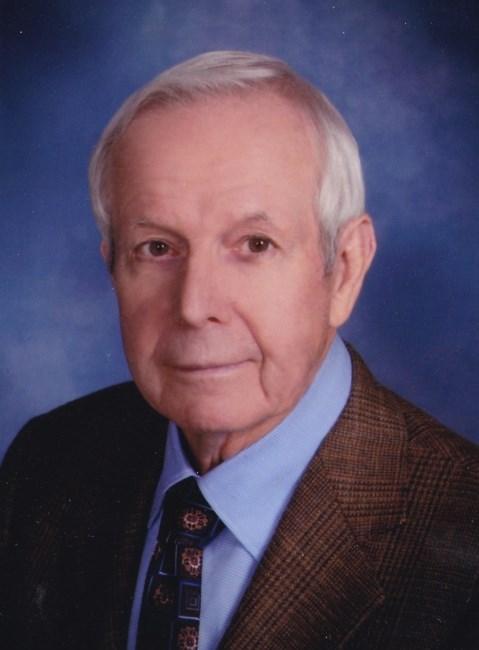 Donald Wayne Buttrey, age 86 of Carmel, IN passed away Saturday April 24, 2021 surrounded by his family. He was born on February 6, 1935 in Terre Haute, Indiana to the late William Edgar and Nellie (Vaughn) Buttrey and was the youngest of the six children. Don graduated from Indiana State University in 1956. After serving in the US Army from 1956 to 1958, he moved to Bloomington, Indiana where he obtained a law degree from Indiana University School of Law which he earned while serving as an editor of the Indiana Law Review. Don practiced law for fifty years, something he considered one of his proudest accomplishments. He loved the law. His career began as a law clerk from 1961 to 1963 to William E. Steckler, Chief Judge of the United States District Court for the Southern District of Indiana. Don then joined the Indianapolis law firm of McHale, Cook and Welch from 1963 to 2001 and later joined the law firm of Wooden, McLaughlin from 2001 to 2010 serving of Of Council. He was a member of the American and Indiana Bar Associations and served as President of the Indianapolis Bar Association. In 1992 Don was appointed by the then Governor of Indiana, Evan Bayh, to the Board of Trustees at Indiana State University and served two four-year terms. He also served on the Indiana State University Foundation Board of Directors. Being an active philanthropist led Don to co-create the Lake Institute of Faith and Giving at the Indiana University Lilly School of Philanthropy in 2002. He served on the advisory board for the Lake Institute seeking to build a scholarly foundation through research, teaching and public service for the exploration of the concept that religion plays a vital role in philanthropy. In addition to his work, Don loved golf and tennis. His longtime tennis group was a source of much joy and many stories. Indeed, he had many warm friendships over the years that he valued. He was a dutiful father, dependable friend, ardent mentor and a loving husband. Don was an active and faithful member of the Second Presbyterian Church having served as a Trustee of the Endowment and a member of the board for the Center Point Counseling at the church. Don is survived by his beloved wife; Ann Hyer Buttrey and his three sons; Greg (Karen) Buttrey, Alan and Jason Buttrey. His brother Robert Buttrey and sister-in-law Eiko Buttrey. He was preceded in death by his wife; Karen Lake Buttrey and his siblings; William Buttrey, Jr., John Buttrey, Nellie Buttrey Oliver and Nancy Buttrey. Private family services were held, and a Celebration of Life Service will be held at a later date. You are invited to visit the website www.leppertmortuary.com to share a memory of Don or arrange a memorial contribution to; Mauer School of Law, 211 S. Indiana Avenue, Bloomington, IN 47405, Second Presbyterian Church Food Pantry, 7700 N. Meridian Street, Indianapolis, IN 46260 or Indiana State University Foundation, 30 N 5th Street, Terre Haute, IN 47807. Leppert Mortuary, Nora Chapel is assisting with funeral arrangements.
See more See Less

In Memory Of Donald Wayne Buttrey