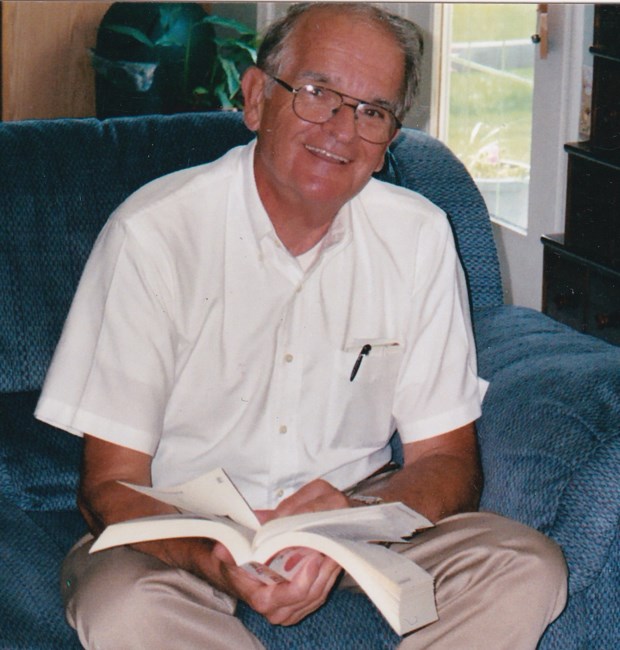 On November 28, 2019 Edward J. Spanier died in his cottage home at Marquette Manor, Indianapolis, surrounded by family and faithful caregivers as he had been during his long illness. Ed was born in Philadelphia on May 13, 1937, the only child of Jacob F. Spanier and Elizabeth M. (Bogan) Spanier. He remained in Philadelphia, attending parochial school, assisting his parents with their family store, and completing his education. After earning his PhD in Chemistry, Ed became a research chemist for DuPont in Wilmington, Delaware. Shortly after, he was drawn to the academic life and began teaching at Seton Hall University in South Orange, N.J. After a few years, Wright State University in Ohio found themselves looking for someone who had the knowledge and skills to assist them with the development of the School of Medicine. Enter Ed Spanier who moved with his wife Helene and two baby boys from the city to what he called “the frontier” in Ohio. For twenty-three years, Ed was heavily involved in many endeavors at Wright State. His roles included professor, dean, Director of Planning and Health Affairs, and Assistant Vice President. Finally, Ed retired in 1995 as Vice President of Business and Finance and Treasurer. When asked about the diversity in his career, his response was, “They just kept asking me to do more, I said yes…and then we did it!” True to his great sense of humor, when asked how he transitioned from professor to university administrator, his smiling response was, “I got in the wrong line.” Ed’s roles at Wright State led him to develop a school of medicine, as well as conceptualize, manage the building of, and lead the operations of the Nutter Center. Among many other projects, Ed was especially proud of beginning a day care program for the children of university staff. He facilitated the building of student housing apartments, and much more. Ed’s desire to always create and improve was reflected in his commitment to his faith, his family, his work, his charities, and his perpetual quest for learning. Ed is survived by sons Christopher E. Spanier (Ann Klosterman) and David E. Spanier (Tiffany Myers) and grandchildren William, Nathan, and Zachary Spanier. He also is survived by his current wife of almost 20 years, Phyllis Kruczek Spanier and her children Theresa Kruczek (Jonathan Spodek), R. Patrick Kruczek (Deborah Bennett), Kristine Kruczek Mains, as well as grandchildren, Sarah and Rachel Spodek, Elizabeth, Caroline, Matthew, and Mary Katherine Kruczek, and Max & Anna Mains. Ed was preceded in death by his parents, Jacob and Elizabeth Spanier, and his first wife of twenty eight years Helene (Moeltner) Spanier. A Rite of Christian Burial for Ed will be at St. Luke Catholic Church, 7575 Holliday Drive East, Indianapolis, Indiana on Thursday, December 5, 2019 at 11:00 AM. Friends will be received by the family at the church beginning at 10:00 AM until time of Mass. A private interment will take place at Calvary Cemetery in Dayton, Ohio. To share a memory, please visit www.leppertmortuary.com.
See more See Less

In Memory Of Edward J. Spanier