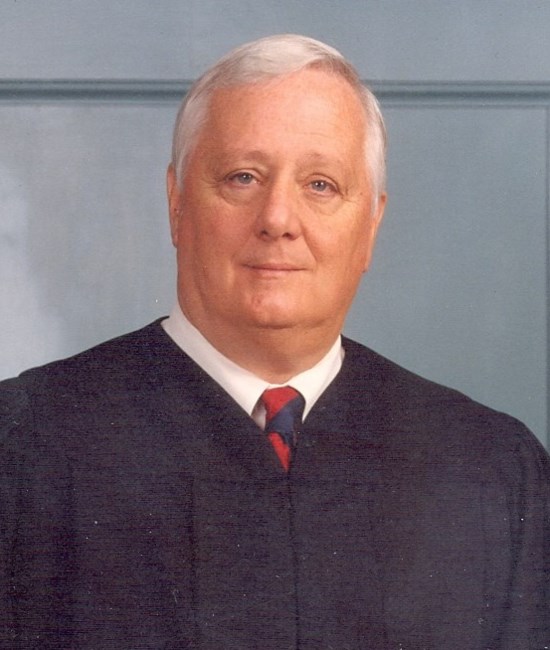 Jess Frank Greenwalt, Jr., 79, of Martinsville, Va. passed away on Tuesday, May 10, 2022. He was born July 5, 1942 in Front Royal, Virginia to the late Jess Frank Greenwalt, Sr. and Mary Gray Greenwalt. Mr. Greenwalt is survived by his wife, Bonnie Lee Cheshire Greenwalt; son, Daniel Greenwalt; and sister, Mary G. Poole. Mr. Greenwalt served in the U.S. Army and was a graduate of the University of Richmond and its T.C. Williams School of Law and a member of Sigma Phi Epsilon Fraternity. Following his graduation from law school he practiced law in Patrick County with Lawrence Burton until his appointment as a General District Court Judge in the 21st Judicial District. He served as a Judge for 35 years and then worked as a substitute Judge during his retirement. He was a member of the Virginia State Bar for 50 years. Mr. Greenwalt was very active in his community and a strong supporter of youth. He had served as a Cub Scout master, hosted foreign exchange students and was active on many boards including the Anchor House. He had served as President of the Stuart Rotary, was a member of Patrick County Jaycees and chairman of the Patrick County Bicentennial Committee. He was also a member of the Stuart United Methodist Church. He remained a very devoted supporter of the Richmond Spiders football and basketball teams. He also enjoyed playing golf with his many friends. A Memorial Service will be held at a later date. In lieu of flowers, memorials may be made to the University of Richmond Spider Athletic Fund. Direct donations may be sent to Spider Athletic Fund, 365 College Road, Richmond, VA 23173. On line donations may be made at https://uronline.net/spiderathleticfund
See more See Less