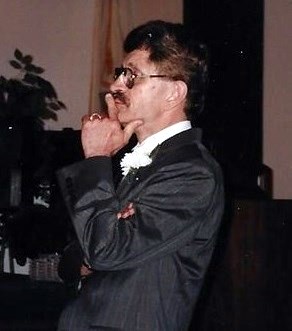 CHALKLEY, Robert C., 70, of Richmond, passed away unexpectedly December 29, 2017. He is survived by his wife, Ida Chalkley; stepson Seth Hall (Janet); his brother Eddie Chalkley (Margie). He was predeceased by brother, Phillip Chalkley. Also survived by, sisters-in-law Georgie Holmes (Steve), Frances Eakes, Gladys Eakes (Brent), and Roberta Chalkley; brother-in-law Albert Tinsley (Debbie), special niece Janet Wade; and numerous nieces and nephews. A visitation will be held on Thursday, January 4, 2018, from 6 pm to 8 pm at Nelsen Funeral Home, 4650 S. Laburnum Ave., Richmond, Va. 23231, where a funeral service will be held Friday at 1pm in the funeral home chapel. Interment to follow at Forest Lawn Cemetery in Richmond with a reception to follow. Condolences may be conveyed online at www.NelsenRichmond.com

In Memory Of Robert C. Chalkley