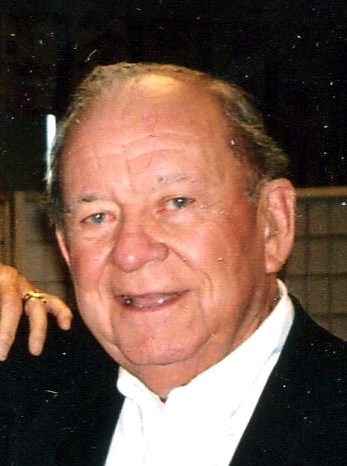 Jack Totten Smith, 91, of Virginia Beach, passed away on Saturday August 24, 2019. He was born in Dante, Virginia and grew up in the town of Abingdon, Virginia which always remained near and dear to his heart. Jack was a 1951 graduate of Emory and Henry College and had remained an active alumnus. After graduation he married the love of his life, Jeanne M. Craig, enlisted in the Air Force and started his career in business engineering. His Air Force career took him to Japan at the time of the Korean War. Jack later moved to Virginia where he worked for NASA at Langley in Newport News. His next career took him into sales engineering with Sealtest then with Tidewater Supply Company. In 1978, he along with 18 coworkers founded TENCARVA Machinery Company of which he became Vice President. After years with TENCARVA, Jack retired to spend time with his wife and family and enjoy one of his greatest passions in life, boating and cruising up and down the Chesapeake Bay. He was a proud member of the Coast Guard Auxiliary. Jack was a loving husband and devoted father and grandfather. After his wife passed away, Jack moved to Westminster Canterbury where he spent the later years of his life. He loved socializing and singing and was a member of the men’s chorus and choir at Westminster. He also joined the Angel Flight medical transport team to help with the transport of people with medical needs far from home. Over the years, Jack has touched so many lives with his sense of humor, knowledge, friendship and love of life. He will truly be missed. Jack is survived by his son, Craig T. Smith and wife Pam, daughter Lori A. Elkins, daughter Kimberly S. Bertini and husband Joe, and grandchildren Carly Gray and husband Patrick, Dana Dailey and husband Mike, Nicolas Bertini and Mikayla Bertini. A memorial service will be held at the Westminster Canterbury chapel, Friday August 30, 2019 at 10:00am. A private committal service will follow at Rosewood-Kellum funeral home. In lieu of flowers, donations may be made to Angel Flight at angelflight.com.
See more See Less

In Memory Of Jack Totten Smith

Graveside Service will be private