Needham Funeral Service has provided London families with care and compassion since Russell Needham purchased Harrison & Skinner Funeral Home in 1949. Our funeral home, more than 135 years old, has been modernized to suit your needs, while maintaining elegance and historical value.

We have on-site parking for approximately 100 vehicles and reception facilities for groups of up to 75 guests. We offer a broad range of services and welcome people of all faiths and cultural backgrounds.

Maybe you are seeking a basic cremation with a scattering in a meaningful place, or maybe your loved one wanted a full traditional funeral service with a cemetery burial. Or perhaps a creative outdoor celebration complete with live music, favourite foods, personal tributes and funeral favours is the order of the day. Whatever you need, we are here to help you and your family celebrate a life well-lived. 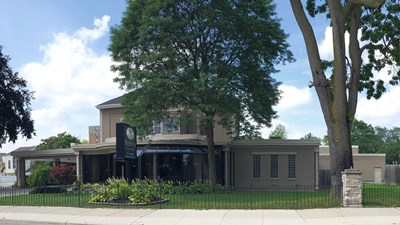 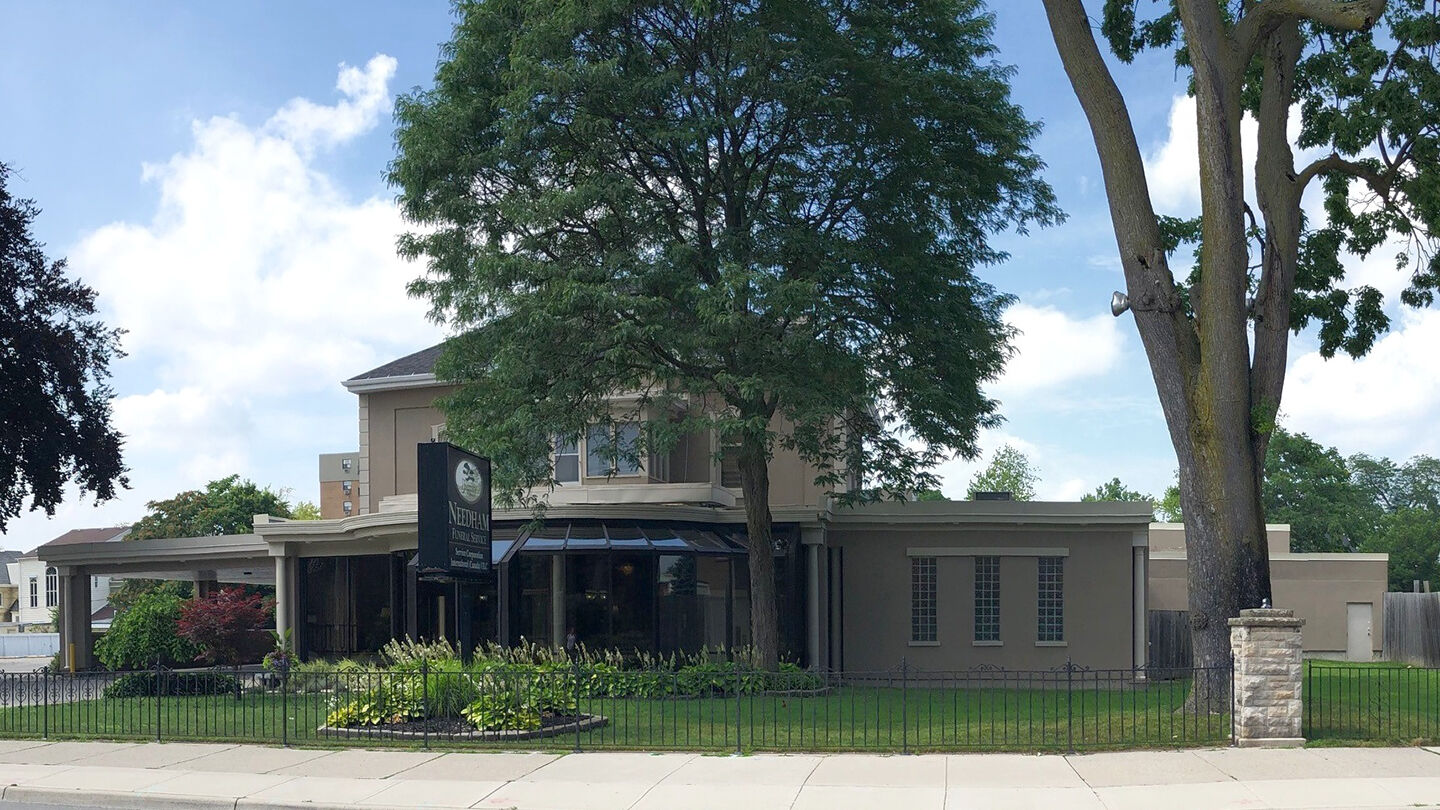 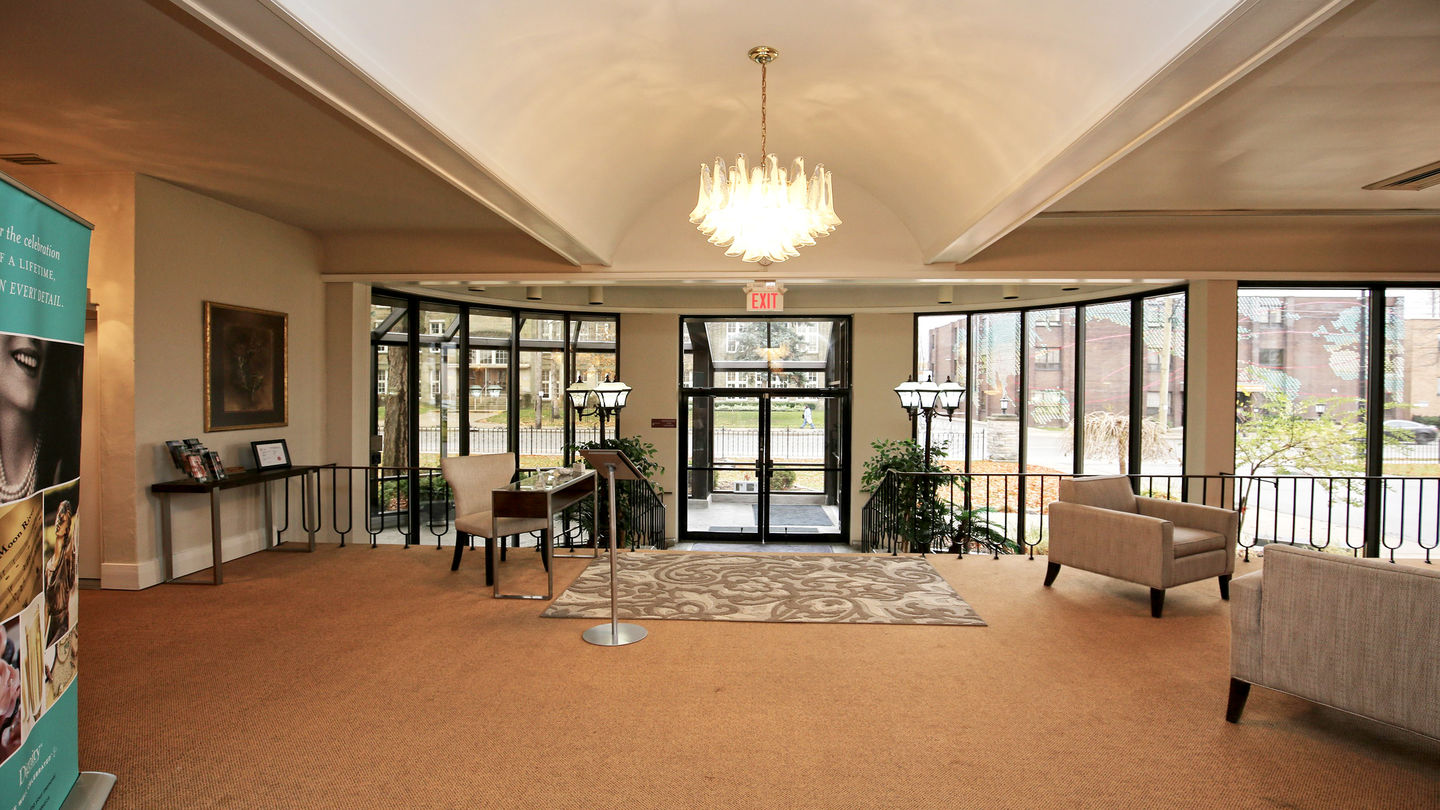 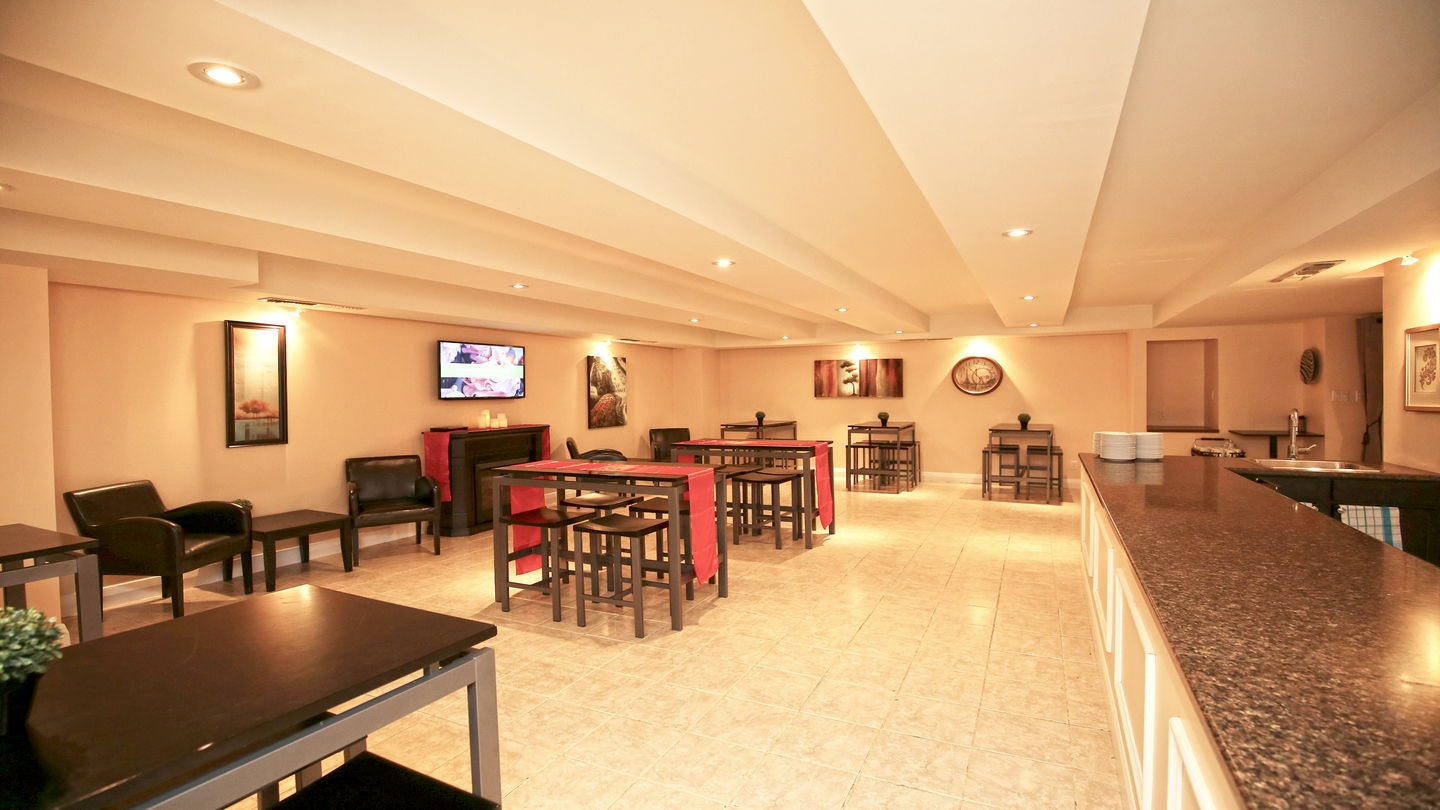 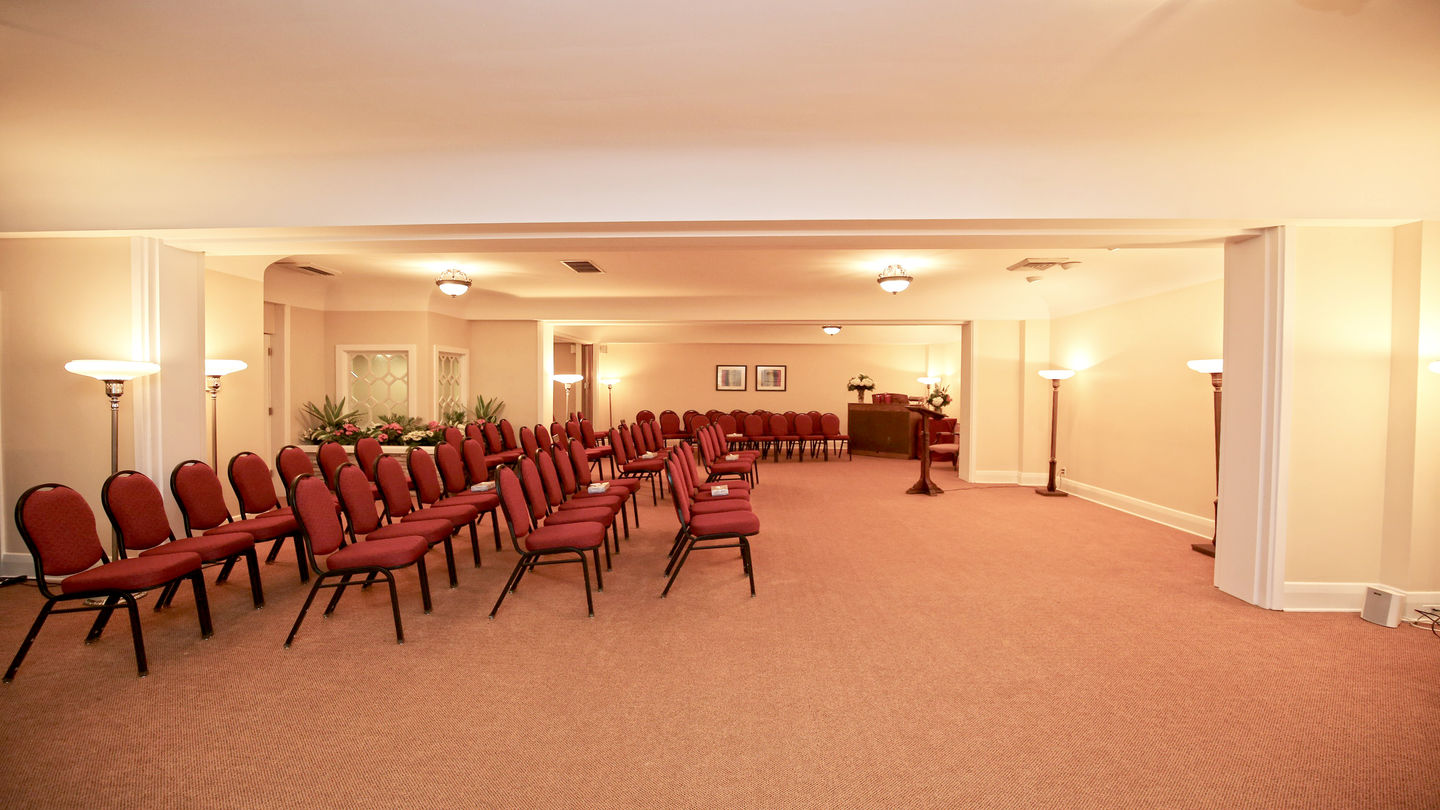 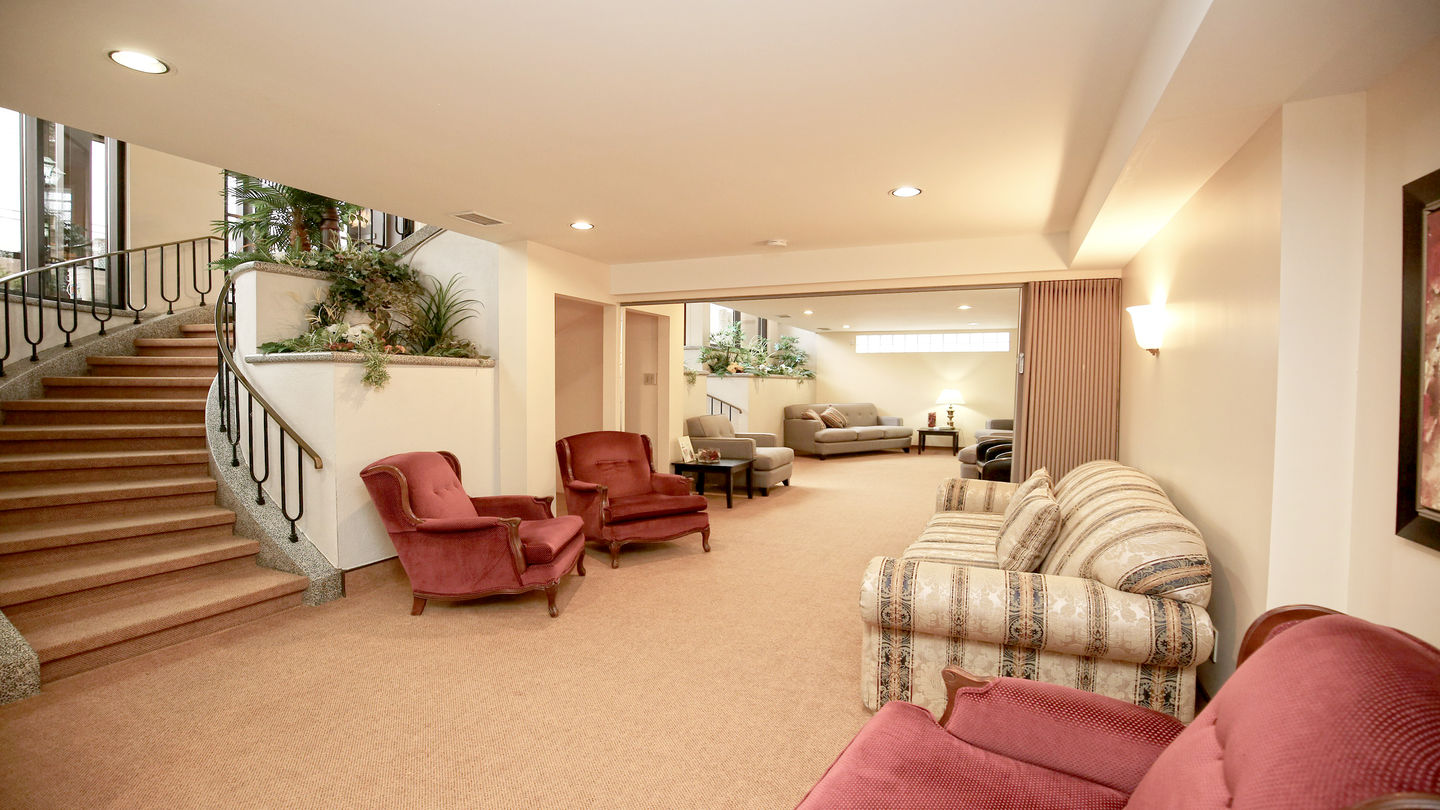 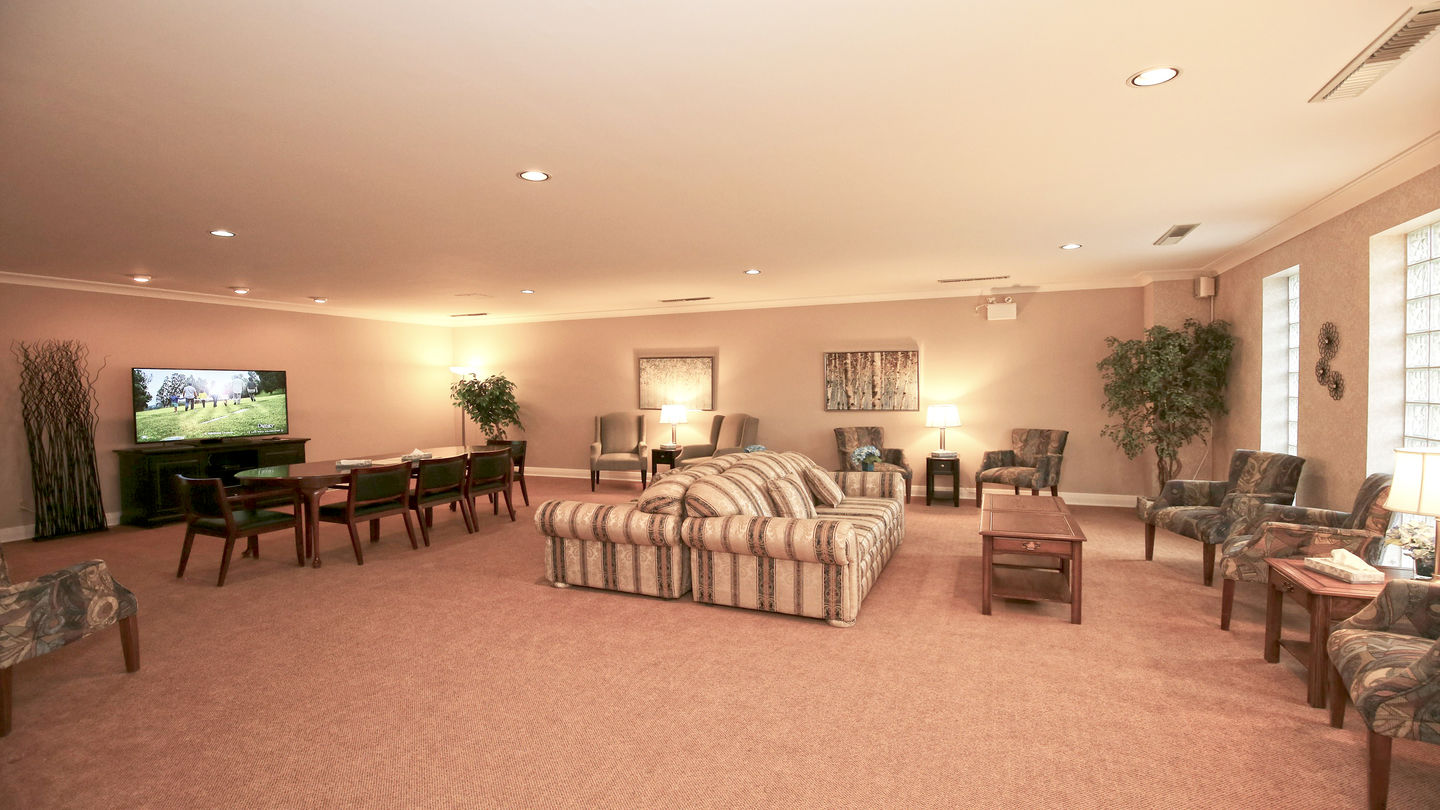 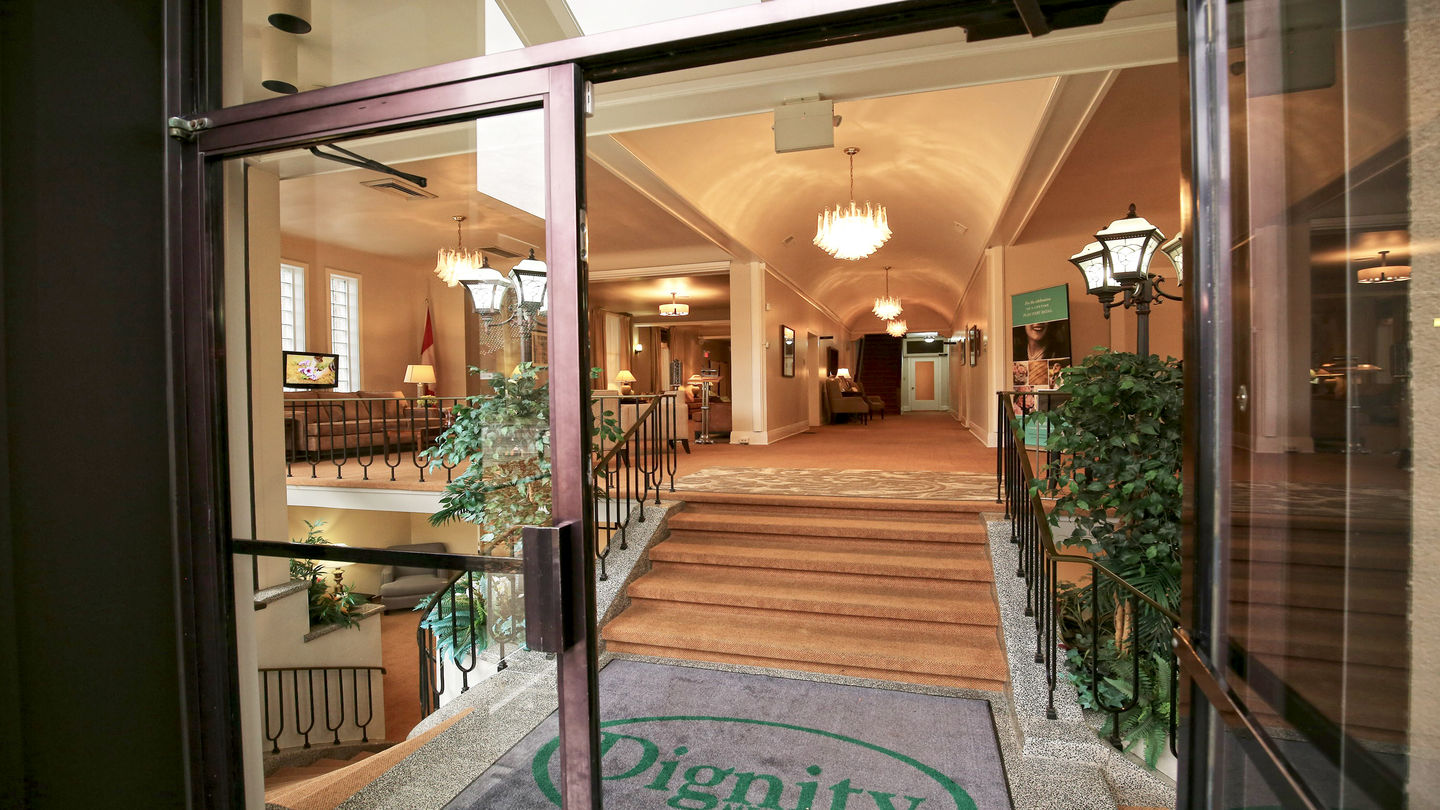 As a member of the Dignity Memorial® network, Needham Funeral Service gives you not only the warm, familiar attention you expect from a locally operated funeral home but also the value you deserve by way of the largest network of, funeral, burial, cremation and cemetery service providers in North America. Please feel free to visit and tour the funeral home, and call us if you need immediate help planning a funeral or would like more information about our services.

Located on its original acreage at 520 Dundas St. in the heart of downtown London, Needham Funeral Service is considered a local landmark. The funeral home has been updated to suit the needs of the families we serve while maintaining an air of elegance and historical value.

Designed as a private home by William Robinson circa 1870, the original builder and owner was likely James H. Fraser of the law firm Fraser & Fraser. James was a member of the Queen’s Council, a status title given by the monarchy usually to barristers and recognized by the courts. His distinctive central London home was of the Italianate architectural style, characterized by rounded window and door openings, hipped roofs, strongly accentuated corners and cornice brackets.

After serving as a family home for about 50 years, the building sat vacant for a couple of years in the 1920s before becoming a Masonic Temple. Mizra Grotto Temple also served as a girls' school during the day (Miss Matthews School) and a Baptist church on Sundays. Other organizations and groups also rented space in the building until 1937 or 1938, when it became the location for Harrison & Skinner Funeral Home. Russell Needham purchased Harrison & Skinner Funeral Home in 1949 and renamed it Needham Funeral Service. His son, Lloyd, took over in the 1970s. Today, we are a member of the Dignity Memorial® network, the largest group of licensed funeral service providers in North America.

"The kindness compassion and caring of all the staff was above my expectations. I have a very large family of all ages and everyone was treated with respect and loving kindness throughout the entire ex)..."

"Very professional staff providing exceptional service, lots of support, empathy and guidance through the whole process. We are really grateful."

"Amazing service Everything was great I am so Thankful you made it easy for me I recommend everyone your Funeral home ."

"VERY SORRY, I DID NOT NOTICE THE MARKING INSTRUCTIONS IN THE FRONT." 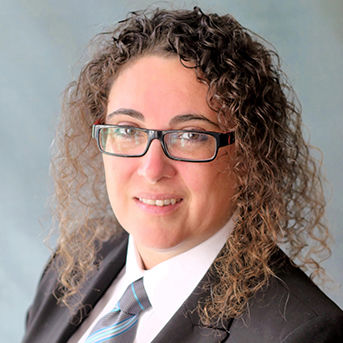 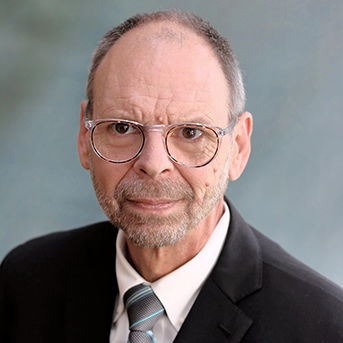