Weekends are busy at Mount Olivet Cemetery in New Orleans. With 7 to 9 burials each Saturday and more each Sunday—including the occasional jazz funeral—the small cemetery can seem very big on celebrating life.

Directly north of downtown, not far from City Park and very close to Dillard University, Mount Olivet opened in 1918 and is still the only cemetery in New Orleans’s Mid-City District that caters to the African-American and Creole communities. A mere 4 acres in size, it averages 450-500 funeral services each year. 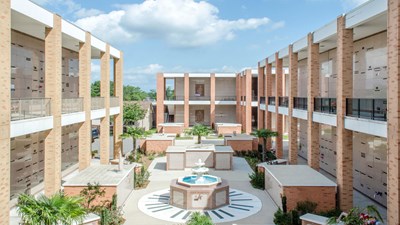 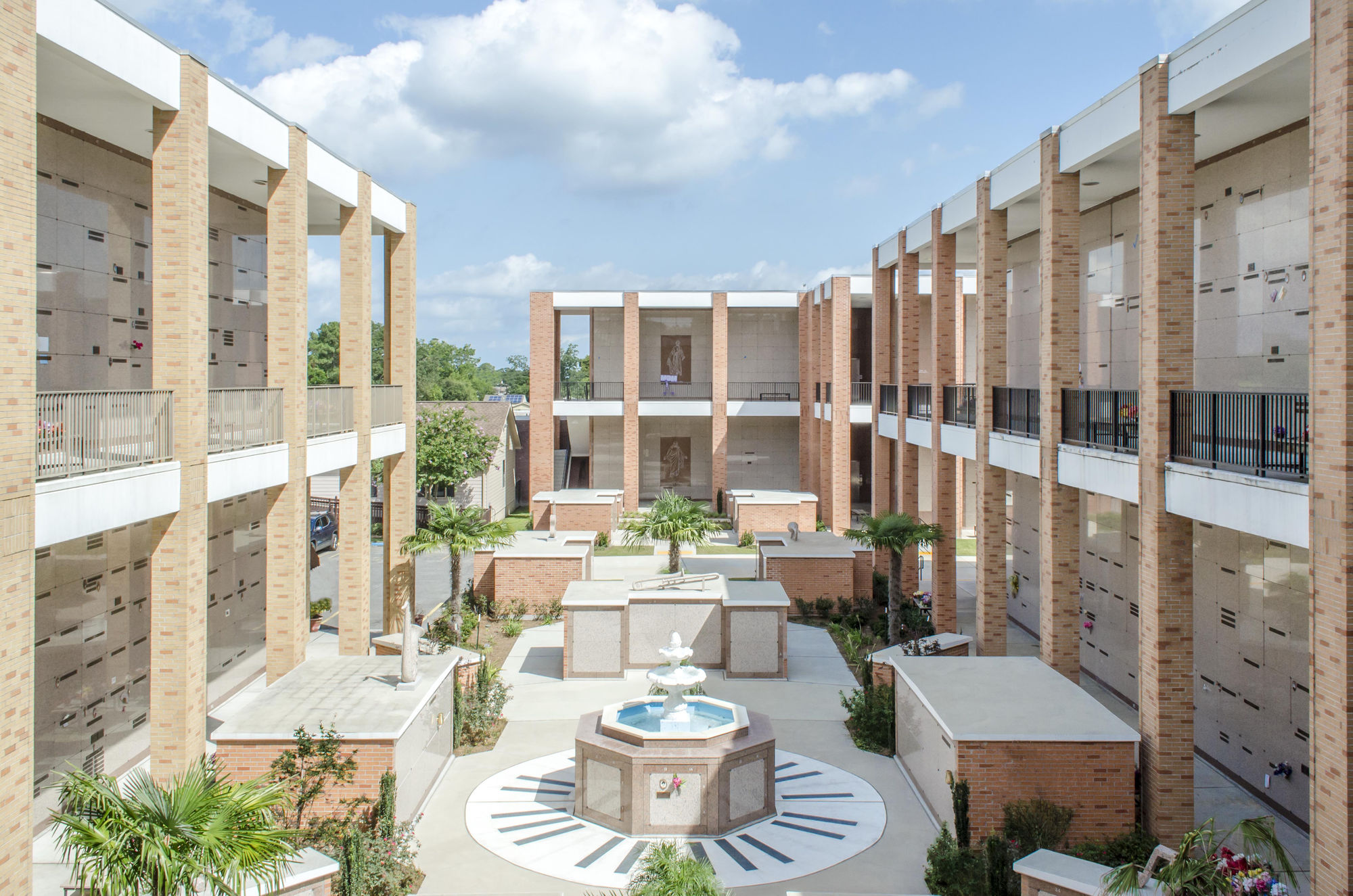 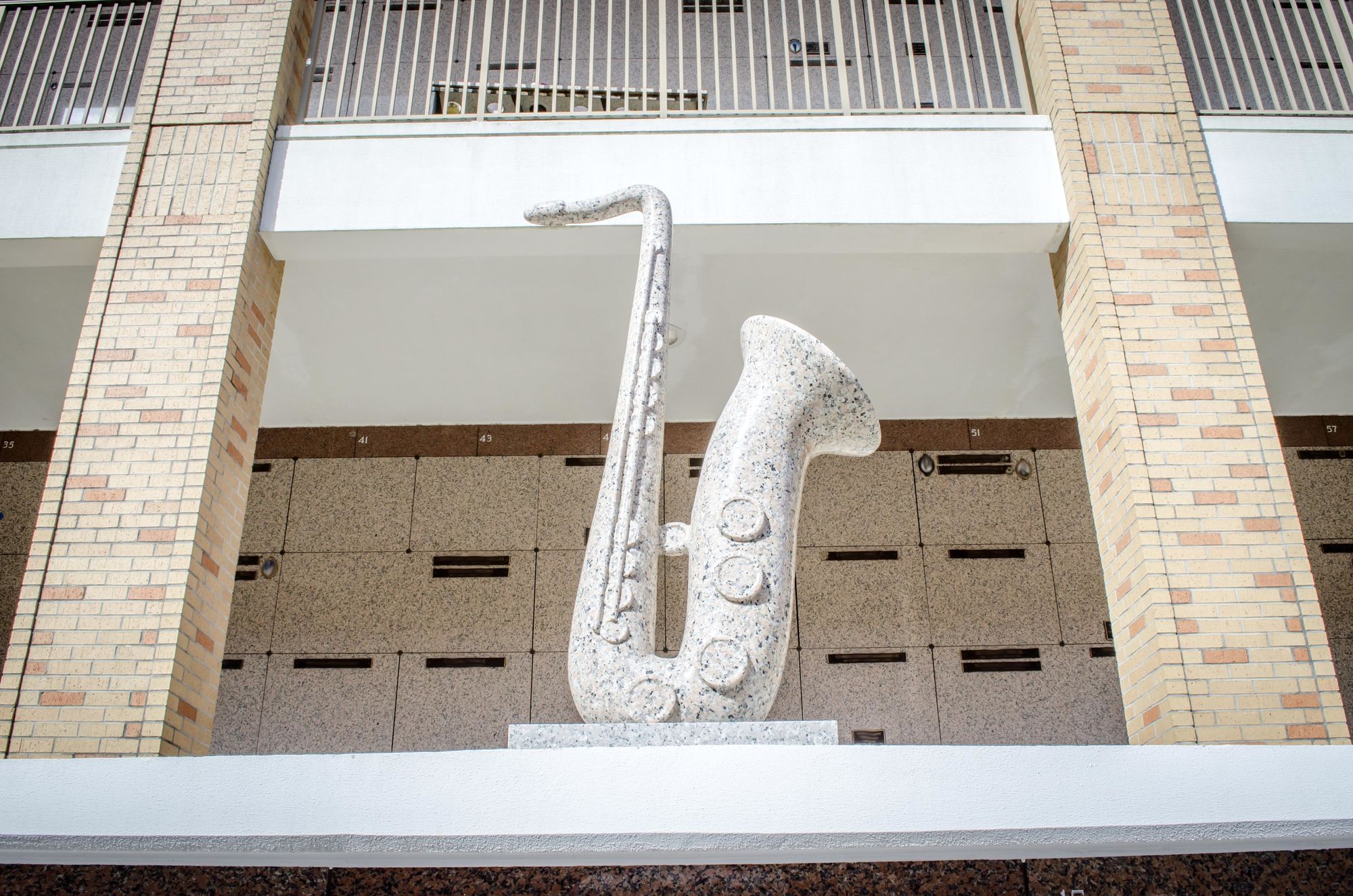 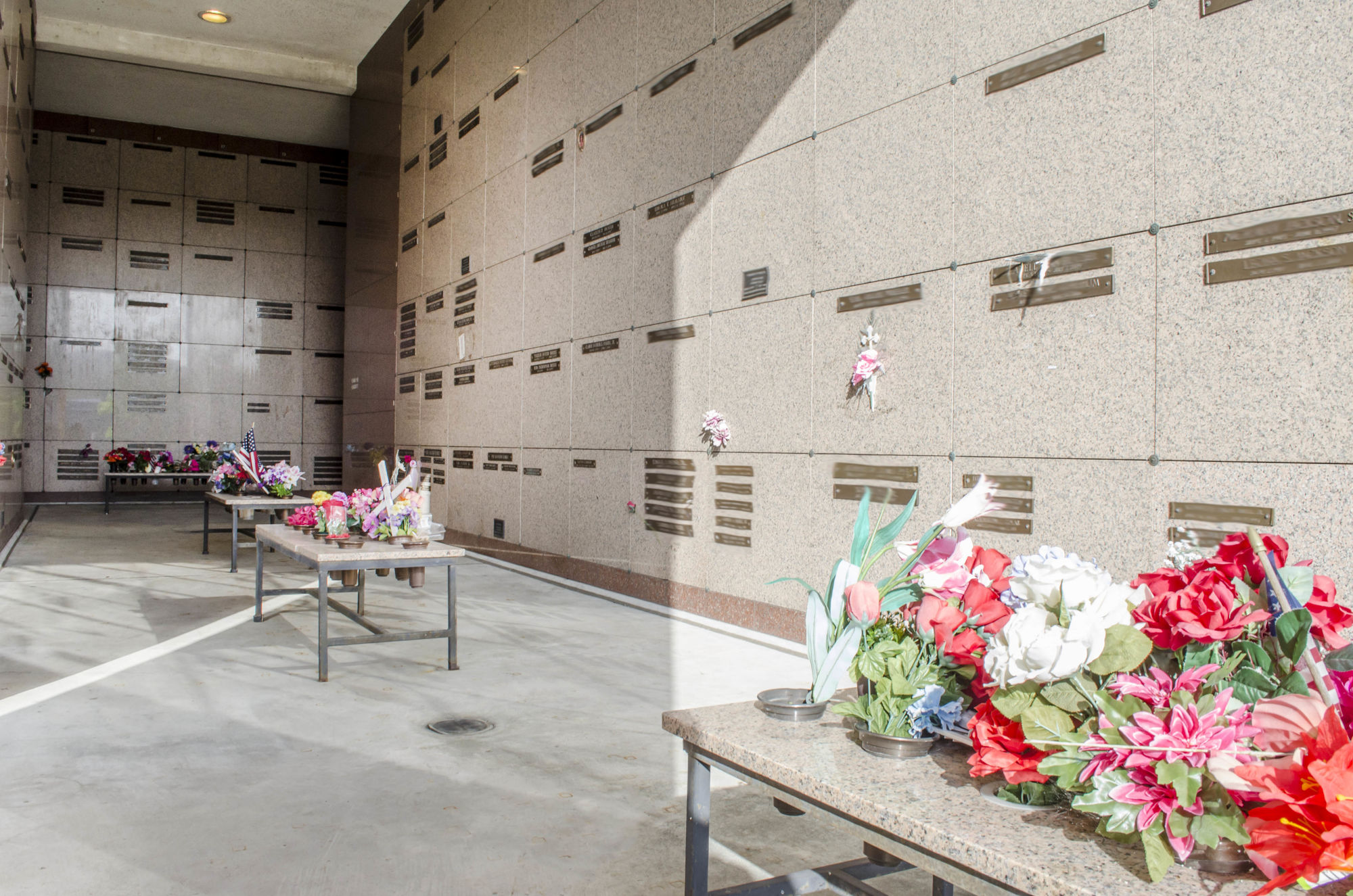 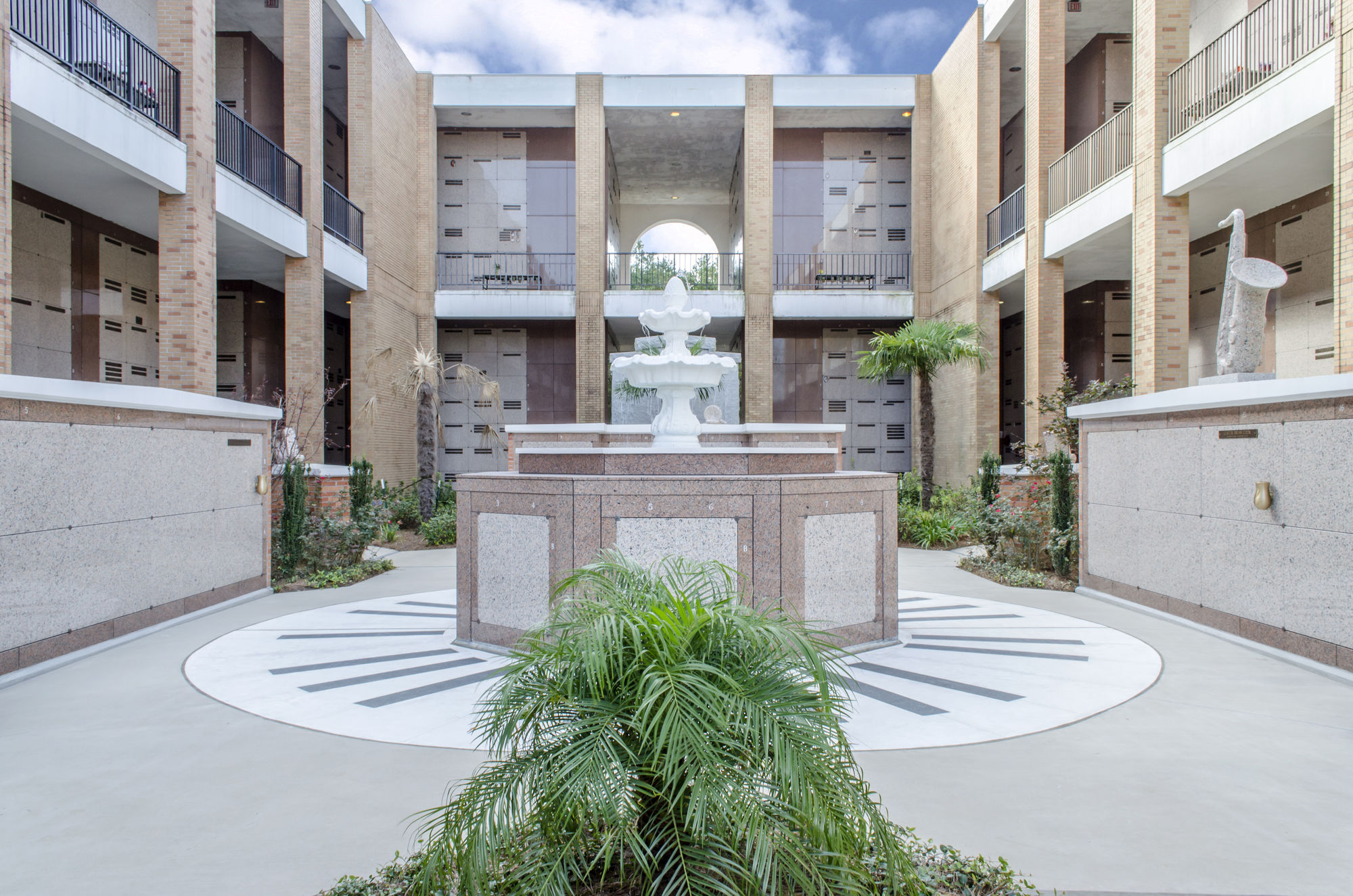 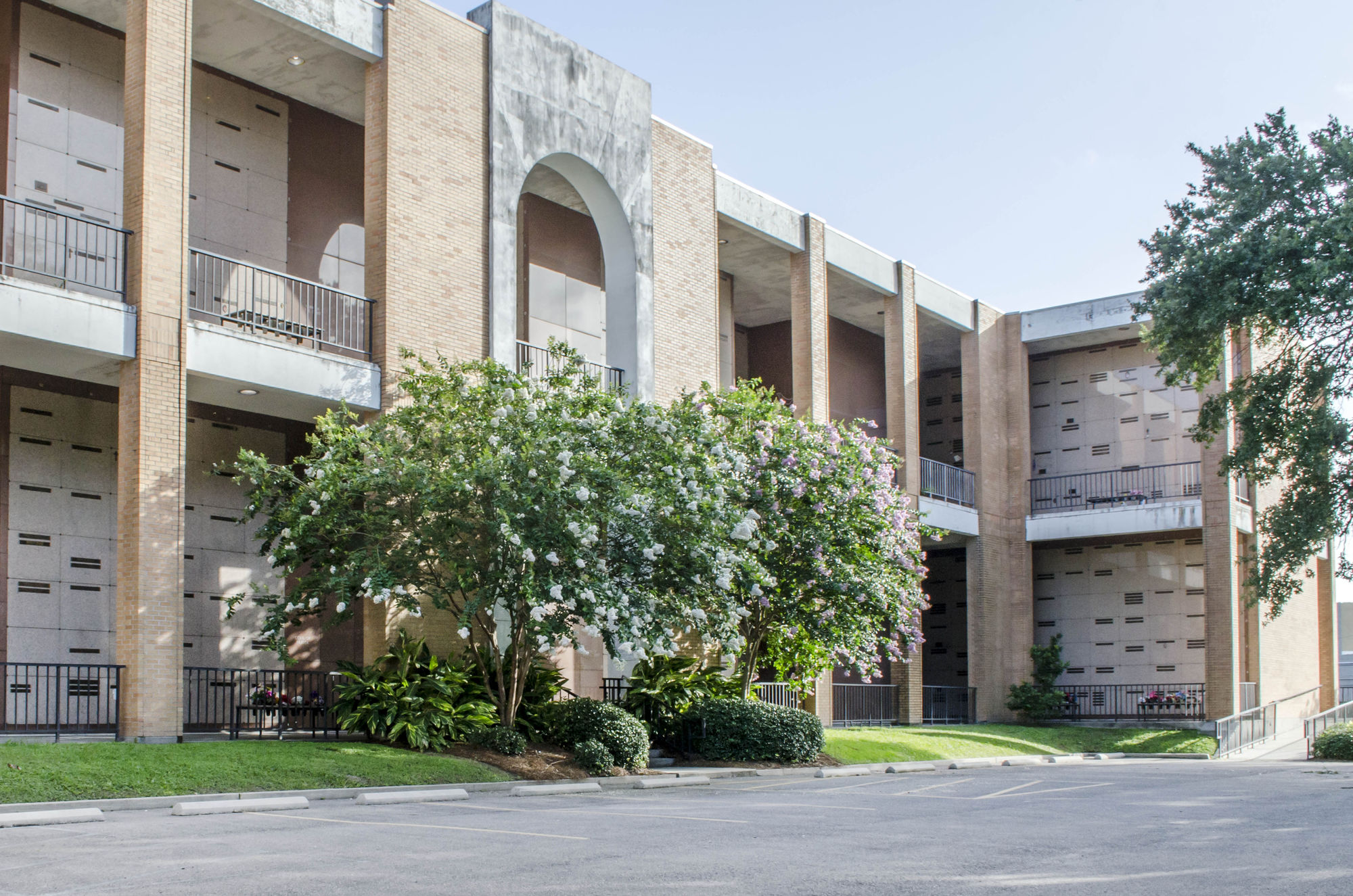 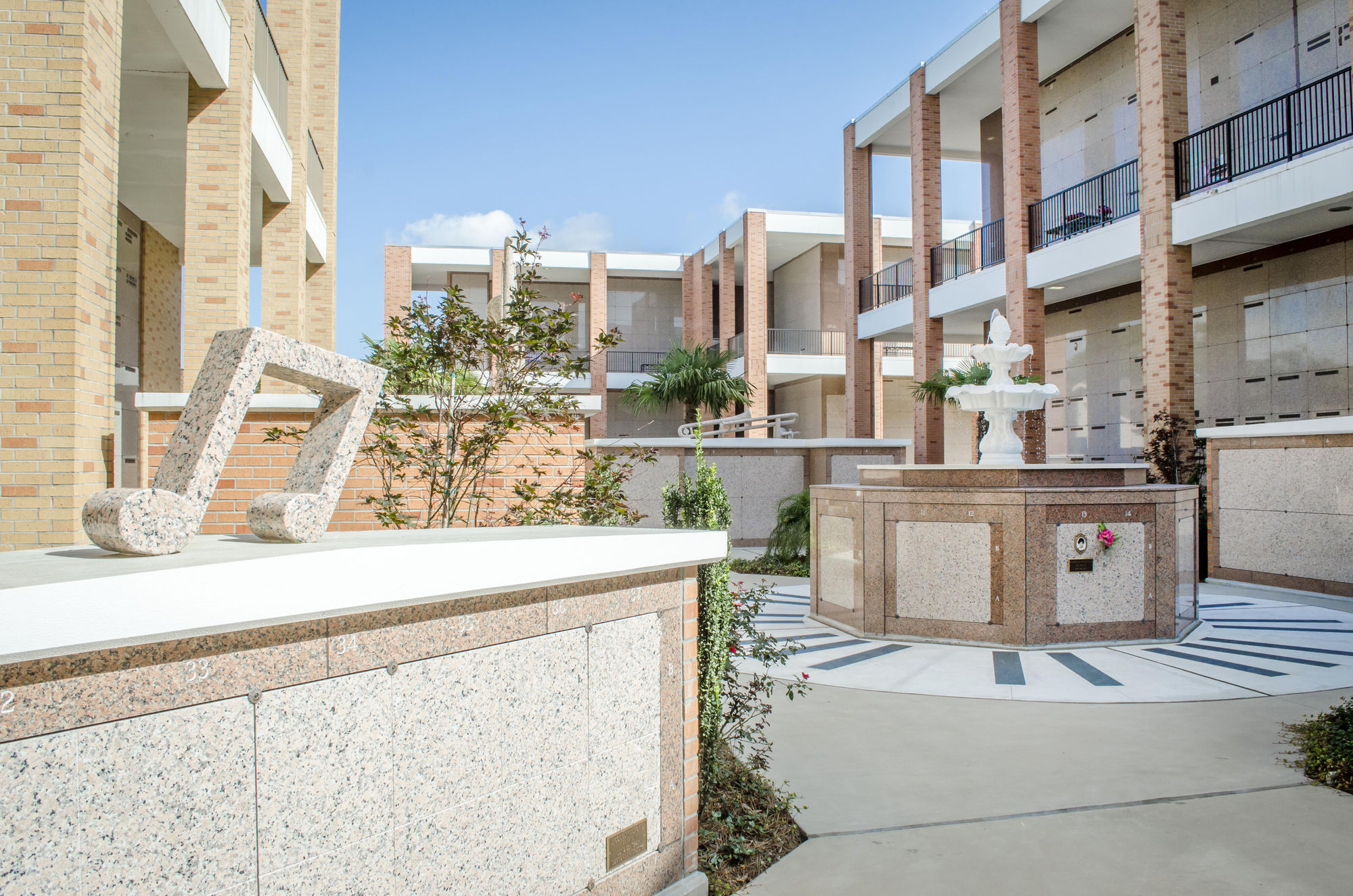 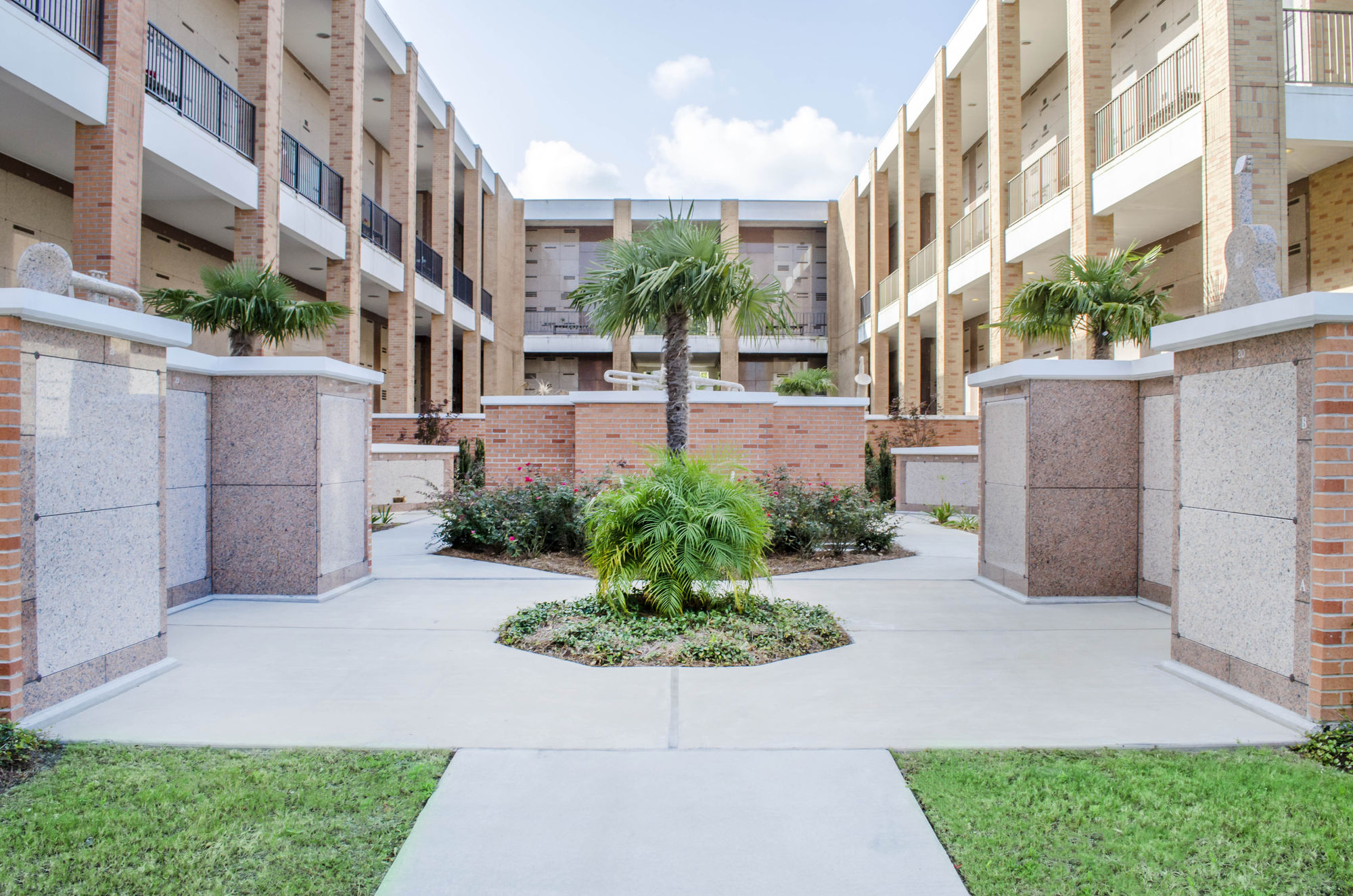 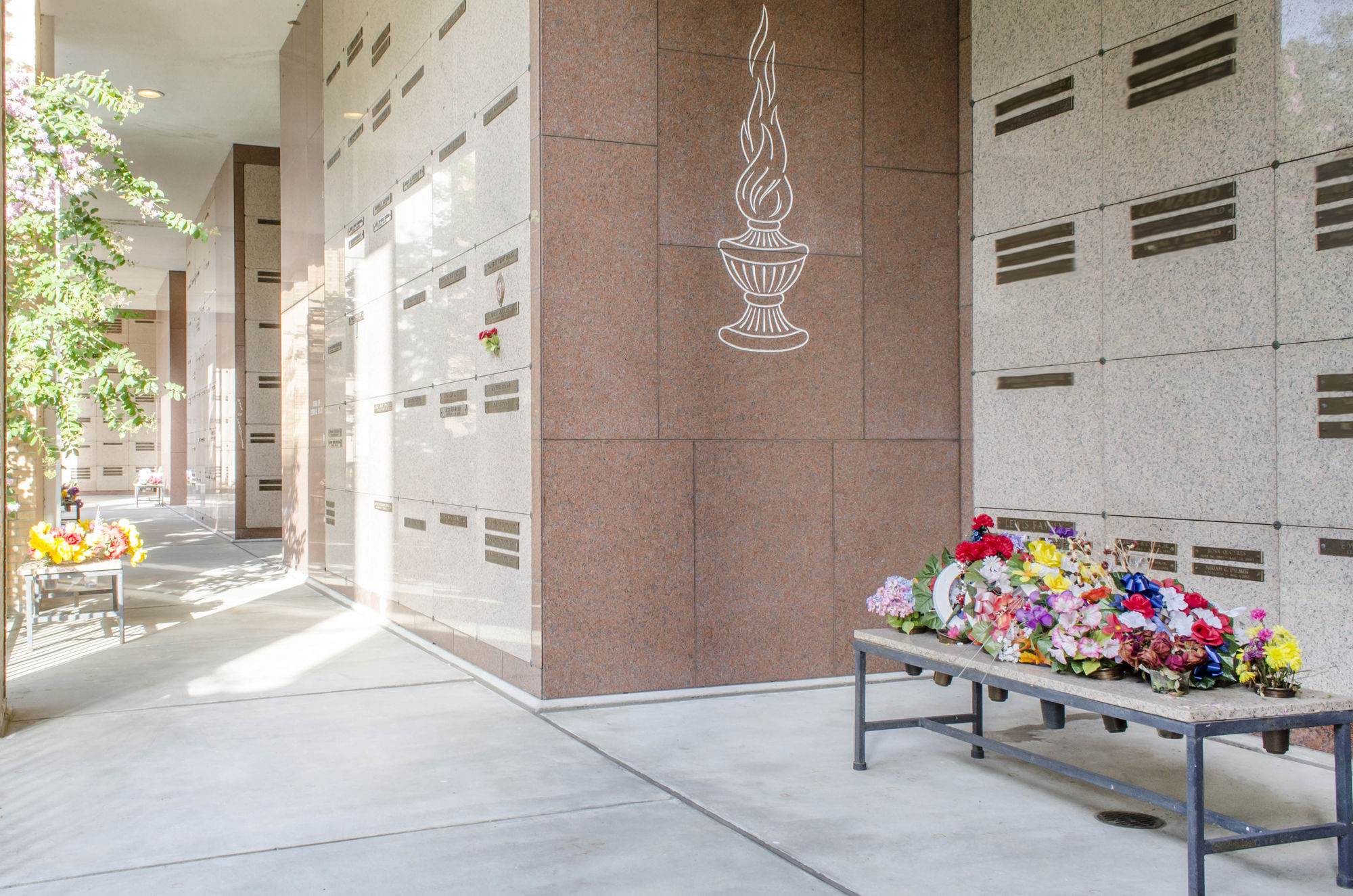 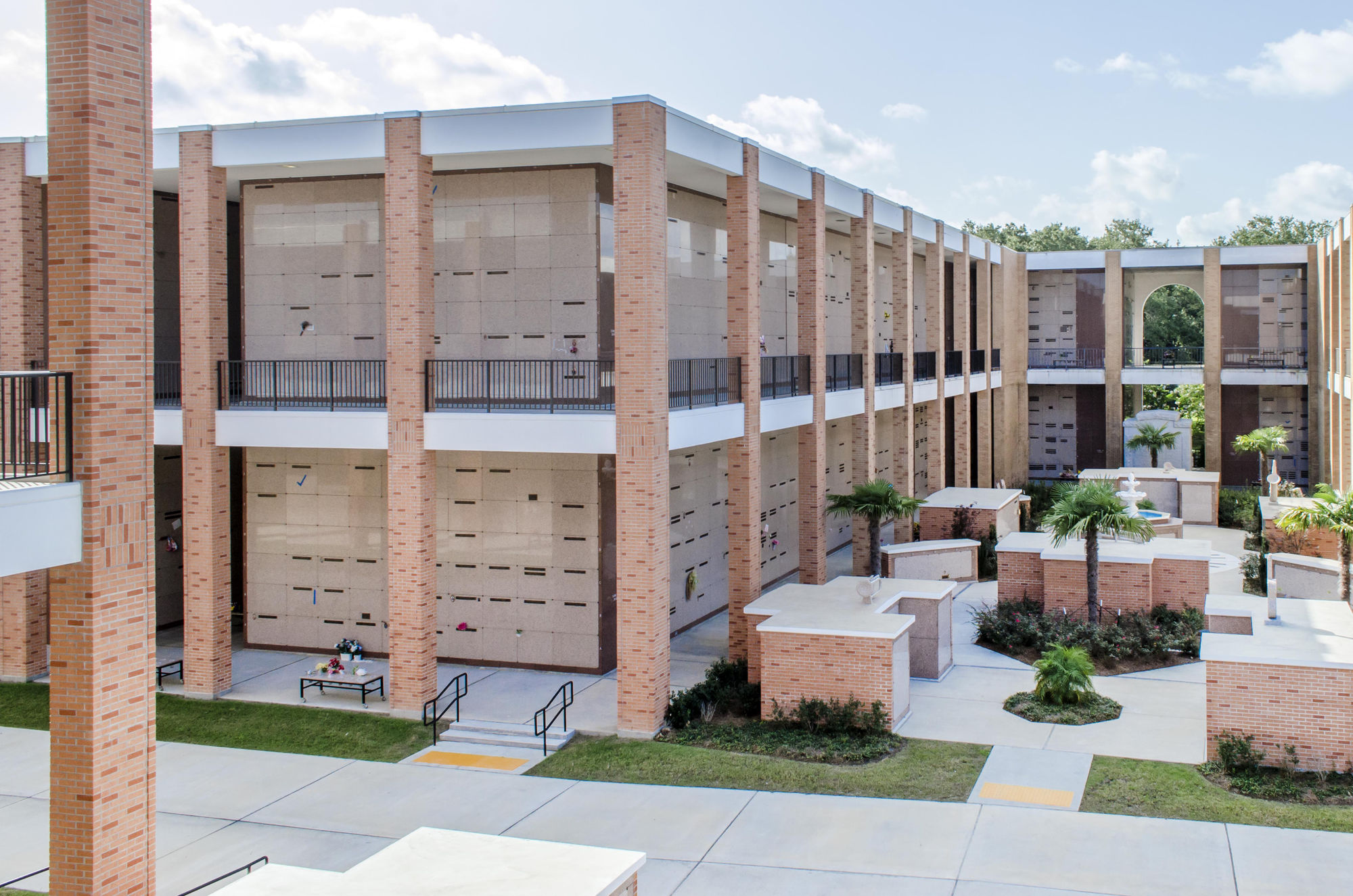 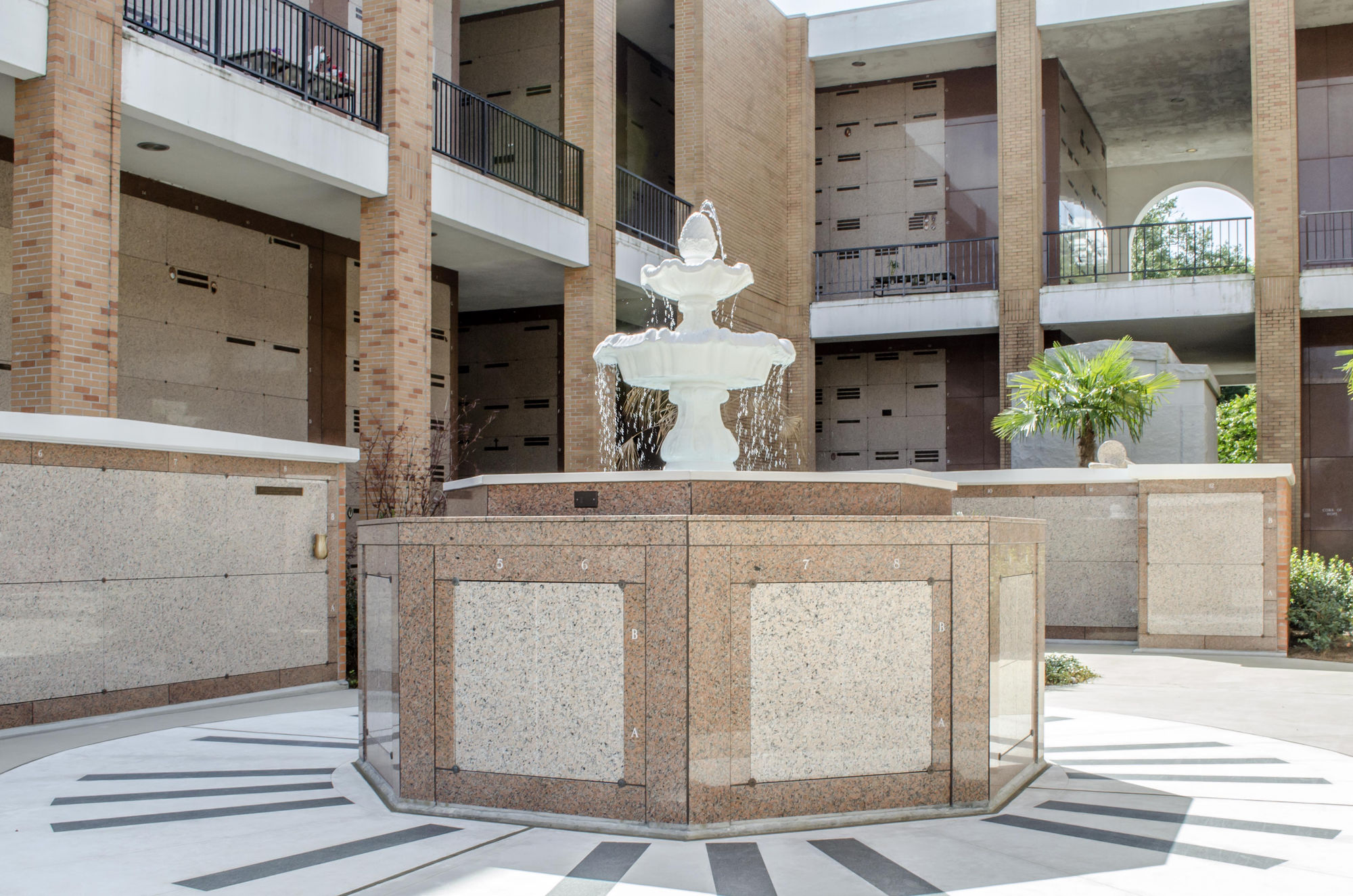 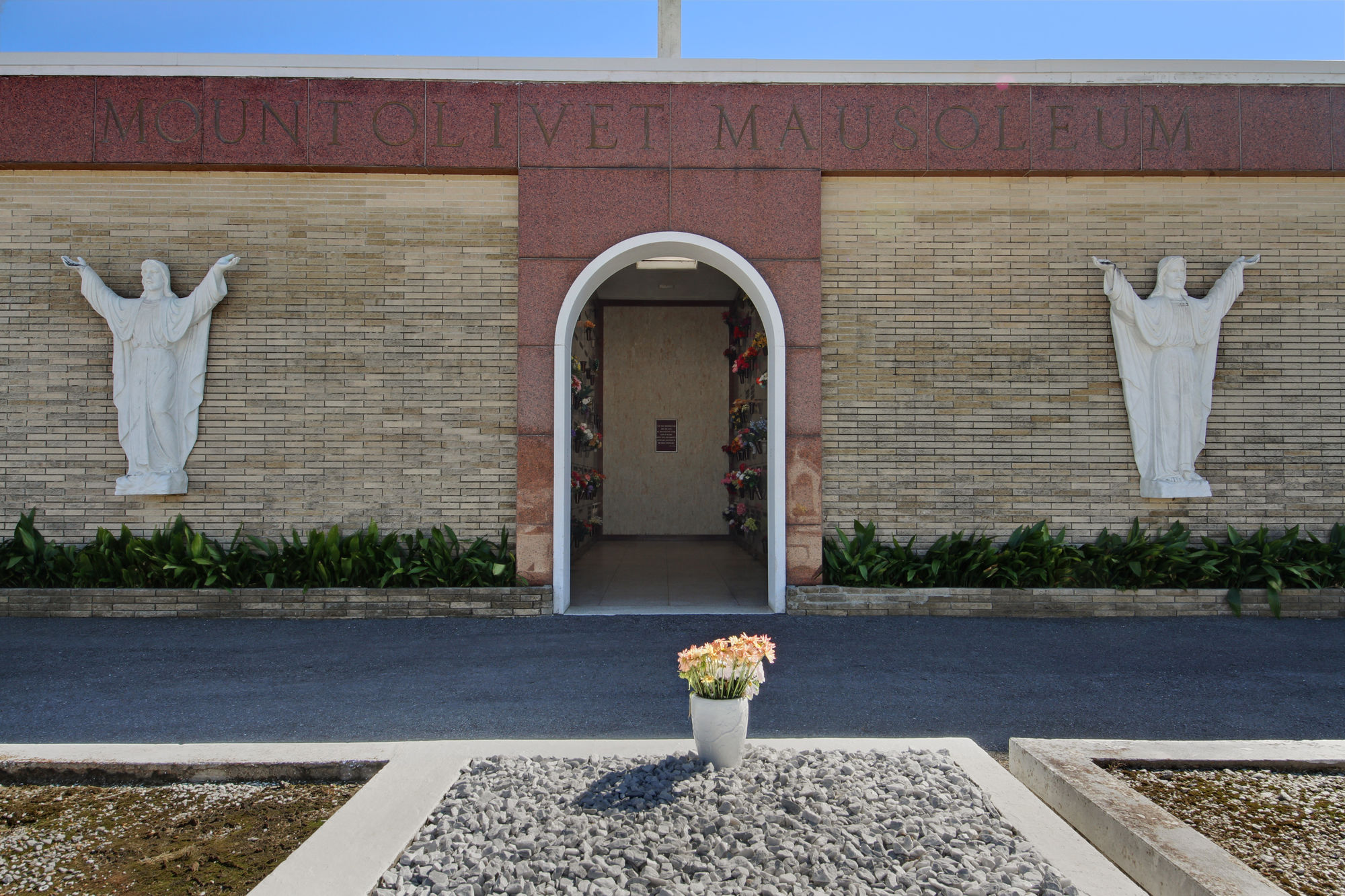 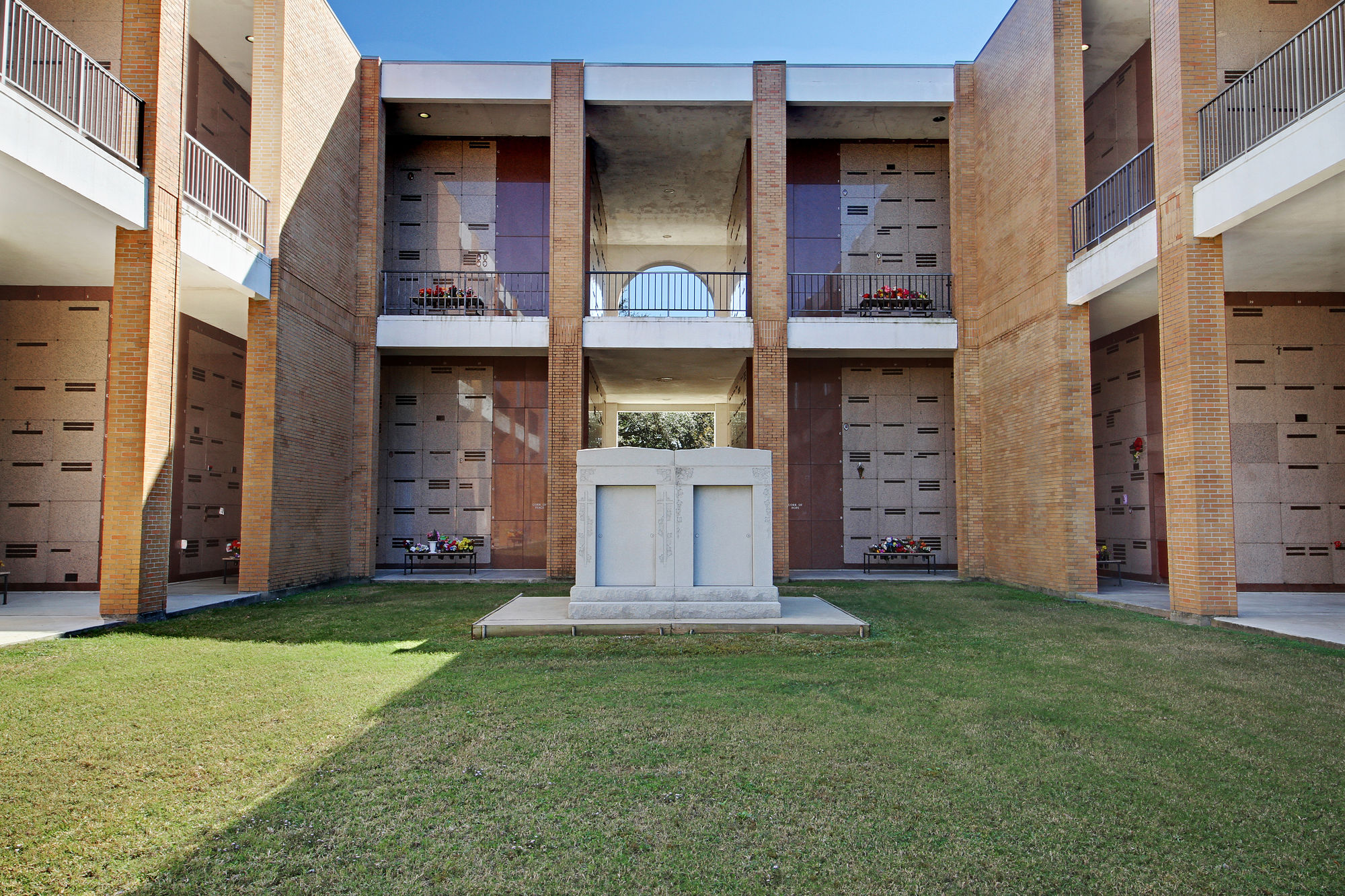 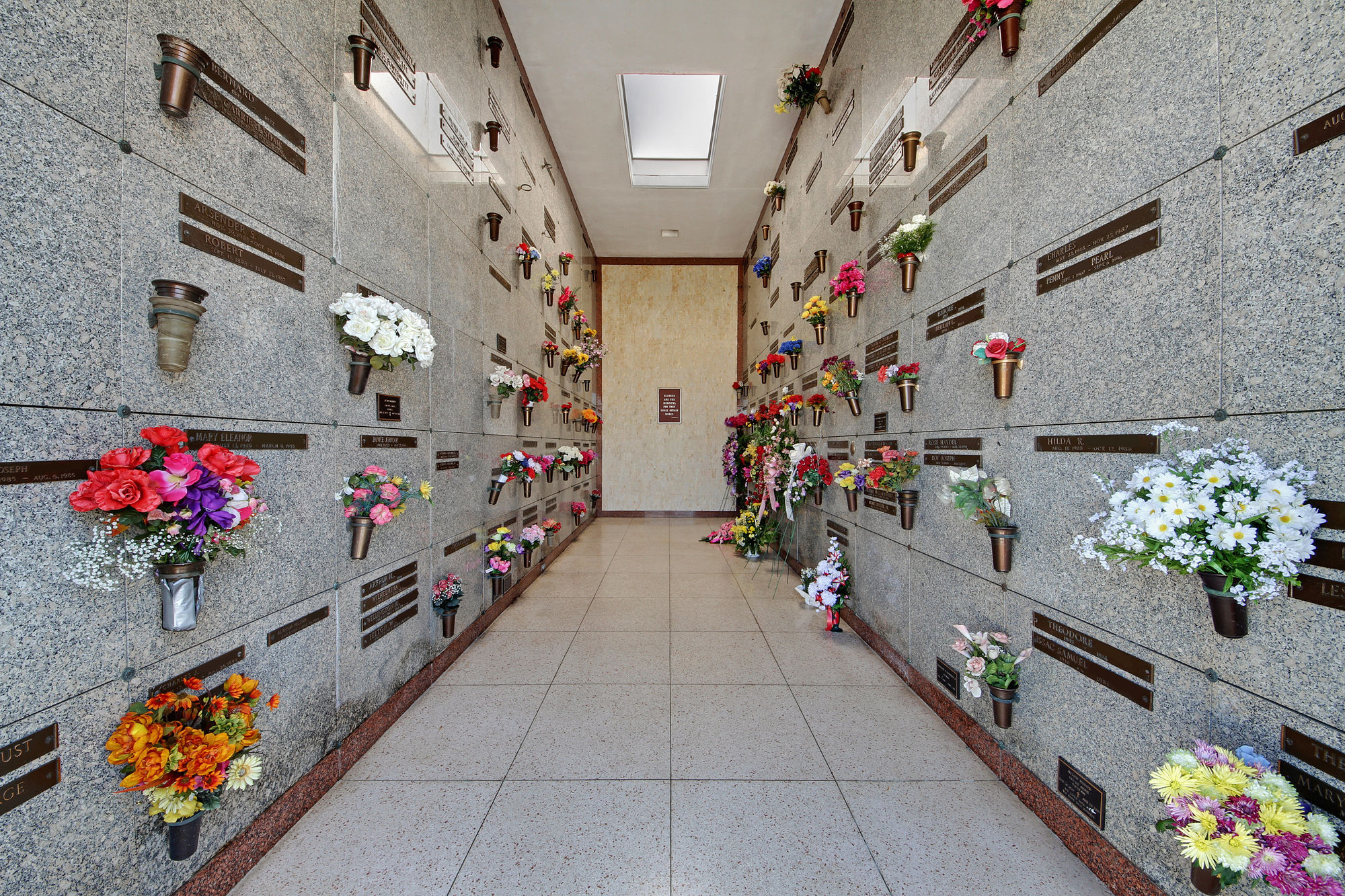 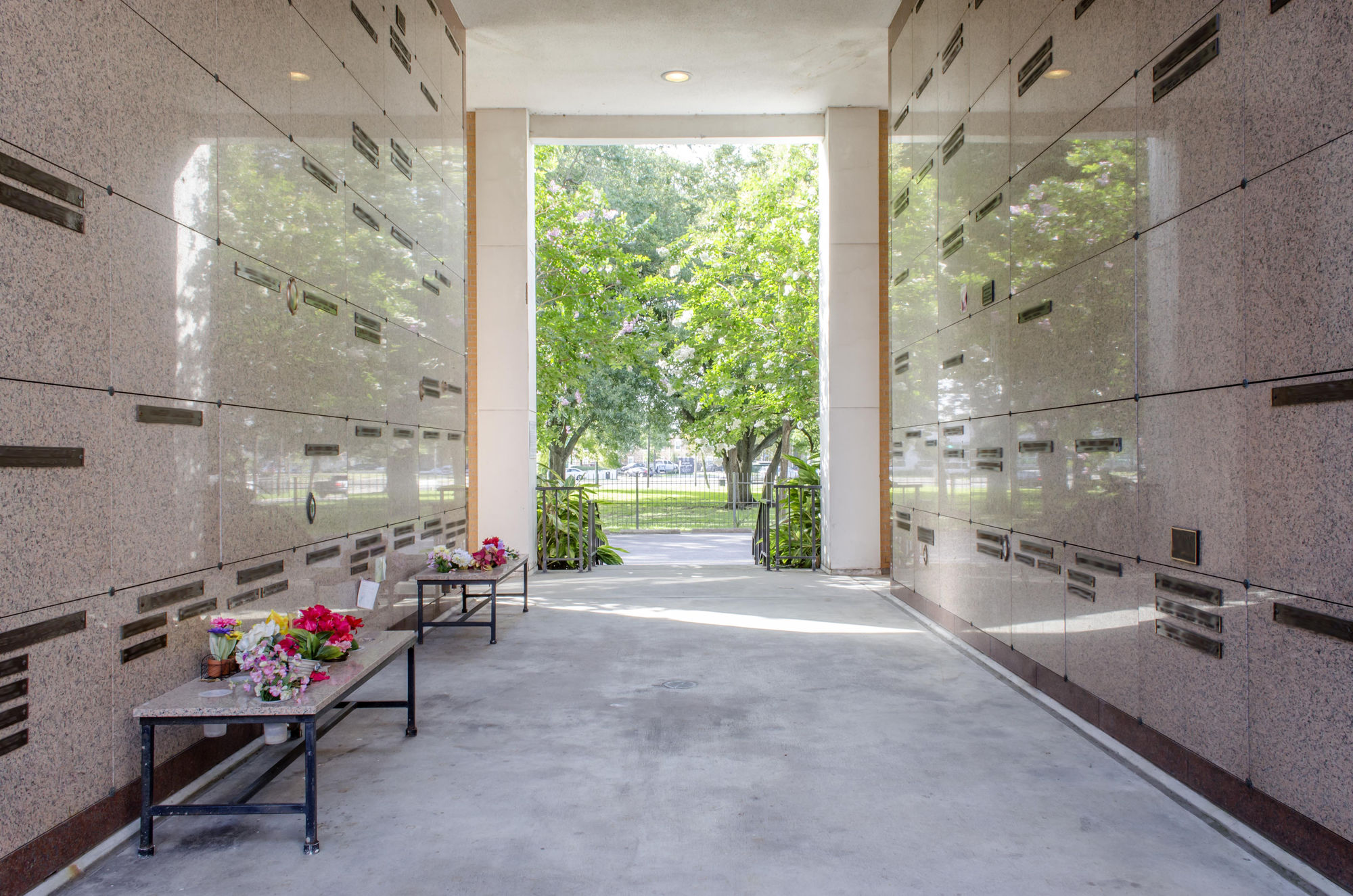 Plan ahead and protect the people you love. Up to 15% off prepaid cemetery and cremation property. Act now.

A cemetery for the past and present

Located on Norman Mayer Avenue, Mount Olivet’s grounds feature tombs and copings dating back to a time when a family’s craftsman would build them themselves. Of course, that is no longer the case, but those old graves are part of the charm of this historic property, which draws visitors from all over the world.

Standing tall in the cemetery is the Mount Olivet Mausoleum, the only 2-story mausoleum in the area. With tens of thousands of burial spaces, it offers a range of dignified and affordable memorialization options of everlasting beauty. The newest section of the mausoleum opened in 2015. Called Legacy Square, it is dedicated to local musicians and includes a bubbling fountain surrounded by cremation niches as well as oversize crypts designed for larger bodies. Other options include single crypts, true companion crypts, and double and triple abbey crypts.

At rest within this historical cemetery are men and women who were New Orleans leaders in commerce, industry, medicine, law and religion. As one might expect, it’s also the final resting place for a number of legendary musicians. Beloved singer, pianist, and rock and roll pioneer Henry Roeland “Professor Longhair” Byrd was buried here in 1980. More recently, in 2016, saxophonist Herbert Hardesty, who collaborated with Fats Domino on hits such as “Ain’t That a Shame” and “Blueberry Hill,” was buried at Mount Olivet.

Mount Olivet is much more than a cemetery and mausoleum. It is an important and lasting tribute to the heritage and stories of the great city of New Orleans. As a member of the Dignity Memorial® network of funeral, burial, cremation and cemetery service providers, we are committed to upholding our reputation for exceptional family care and take great pride in offering our friends and neighbors service they can trust—provided by a staff of truly caring professionals. Whether you need immediate assistance or have questions about planning a funeral ahead of time, we invite you to call us.

Established in 1918 to serve the African-American and Creole communities, Mount Olivet Cemetery is still the only cemetery in New Orleans’s Mid-City District that caters to those populations. The oldest parts of the cemetery still hold the ground copings and tombs that families built themselves from cobblestone, brick or masonry blocks—whatever a family craftsman and friends could pull together at the time.

Though the cemetery is a mere 4 acres, it has continued to serve the community in an impressive way for a century, providing generations of families with a sense of comfort and adapting to the changing needs of the people around it. One example: The newest section of the mausoleum, dedicated in 2015. It includes oversize crypts (needed but not previously offered) and more than 1,000 additional cremation niches, in response to the growing popularity of cremation among Catholics and African-Americans.

Mount Olivet Cemetery joined the Dignity Memorial® network of funeral, cremation and cemetery service providers in 2013, allowing it to offer a range of unmatched benefits while continuing to operate like the trusted local business that it is.

A beloved New Orleans tradition, jazz funerals are not uncommon at Mount Olivet Cemetery. Typically a brass band leads a processional of family and friends into the cemetery from a half-mile away with somber dirges and hymns. It leads them out again after the funeral service with more upbeat tunes that celebrate life. Though a family usually arranges its own musicians for a jazz funeral, members of the cemetery staff can provide referrals.

The most notable burial at Mount Olivet Cemetery is that of legendary singer, pianist, and rock and roll pioneer Henry Roeland “Professor Longhair” Byrd, who was the embodiment of New Orleans rhythm and blues in the late 1970s and who performed at his famed nightclub, Tipitina’s, until his death in 1980. Saxophonist Herbert Hardesty, who collaborated with Fats Domino on hits such as “Ain’t That a Shame” and “Blueberry Hill,” is also buried here, along with American spiritual arranger Moses George Hogan, rapper Soulja Slim, baseball player Walter Wright and many more.

Mount Olivet Cemetery hosts a number of memorial celebrations throughout the year. The biggest is All Saints’ Day. A big group turns out for the celebratory feast of saints that includes bands, prizes, and plenty of food and drinks. Mother’s Day is also a big deal here. Music—from bands to choirs to deejays—marks the occasion, along with balloon release in memory of moms.

"Professional, Caring , Consideration. The Entire Process From The Staff Made It Less Painful"

"By rearranging everything it is less stress on the family. Everything ran smoothly."

"The Staff was very Compassionate. Services rendered was exceptional. I would recommend Them to anyone that's in need of their outstanding services. Thank you so much for your help."

"The staff handled the service in a professional manner with concern for my loss."